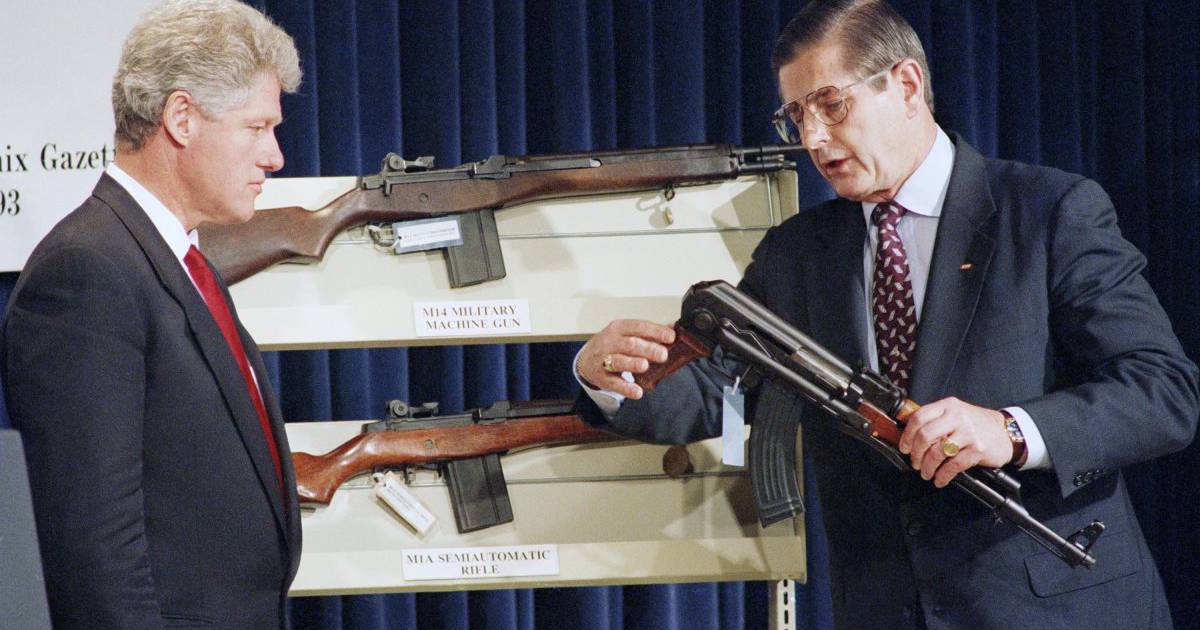 Some of you may remember the disastrous years between 1994 and 2004. During that period assault rifles like the AR-15 were outlawed nationally. Absent the availability of these guns for hunting, deer, moose and other animals were running rampant through streets in many cities. Because these weapons could no longer be used for self-defense, criminals felt vastly freer to commit all sorts of crimes. As the NRA and other gun rights groups and politicians predicted, the second amendment’s protection of the right to bear arms was just about eviscerated. That is why around the turn of the 21st century almost nobody in the U.S. was allowed to possess guns of any kind.

You don’t recall that? Perhaps it is because none of those things, except the ban on assault weapons, actually happened.

They did not happen, primarily, for two reasons. Assault weapons are almost never used for hunting or in self- defense against a criminal. The second reason was because, as with most predictions from the NRA and like-minded groups and individuals, these projections were at best wrong and at worst calamitous.

Those of a certain age might recall the NRA argument that the best way to reduce crime was not to limit the amount and types of guns in circulation, but to produce and sell more and more guns. By selling guns to “good people,” the thinking went, we would be deterring bad people from committing crimes. So how has that worked out? Almost anyone has or can purchase the gun of his choice now — perhaps not at a gun store (although most people can), but at a gun show, having someone else buy it for you or purchasing and making a ghost gun at home. It is estimated that there are about 400 million guns in private hands in the U.S., whose population is about 330 million. That is more than one gun per person and assuming that children under 5 are unlikely to own them (even in Texas), it is clear that many people have a personal arsenal to choose from.

We hear that there is no specific definition of an assault weapon and any ban of them would be only partially effective. That is worthy of discussion, but we never hear the other side: Why should we allow guns capable of such mass murder at all? What purpose do they serve? It is argued that some like the weapons for sport. But we have seen another purpose. The AR-15 seems to be the weapon of choice for the mass murderer. No surprise there, because of the weapon’s ability to fire off many rounds very fast. It is a weapon of war, and its use should be restricted to the military. Perhaps we can ask those who use the weapon for sport to use a different weapon, if banning this one can save innocent lives.

The right-to-bear-arms Second Amendment suffered no significant damage when assault weapons were banned three decades ago. The government did not take away assault guns that were purchased before the ban. Much like the First Amendment’s protection of freedom of speech, the second amendment is not absolute. In fact, in the most pro-gun case decided by the Supreme Court, justices made clear that reasonable limitations on gun possession and use are consistent with constitutional protections.

What can be more reasonable than outlawing the sale of a weapon that has little valid purpose and, as we have seen lately, causes so much human destruction? Why would anyone need a magazine that can hold 30 rounds or be altered to hold 100 rounds, enabling repeat firing without needing to be reloaded? We understand it for the military, and we understand it for the mass murderer, but what proper role is there for civilians to have such high powered weapons?

What often goes unspoken, but is very real, especially among anti-government groups, is the notion that these weapons are needed to protect against government tyranny. But what does this mean in practice? Is it that if the police or some other government agents come to seize a person or property, the proper way to oppose the government should come from the barrel of a semi-automatic weapon and not the courts? We are a government of laws, and, as difficult as it is at times, we rely upon those laws for what we can and cannot do.

Is it not possible to get by as a nation with only the 400 million guns we have now? The U.S. has, by far, more guns per capita than any nation in the world. Republicans say that the days after a gun tragedy is the wrong time to discuss weapons limitations. The problem is that there are so many such tragedies these days, there is no period of time between them.

No weapons limitation will prevent all tragedies like those at Parkland, Sandy Hook, Buffalo, El Paso and Uvalde, but let us at least have the courage to try to prevent some of them.