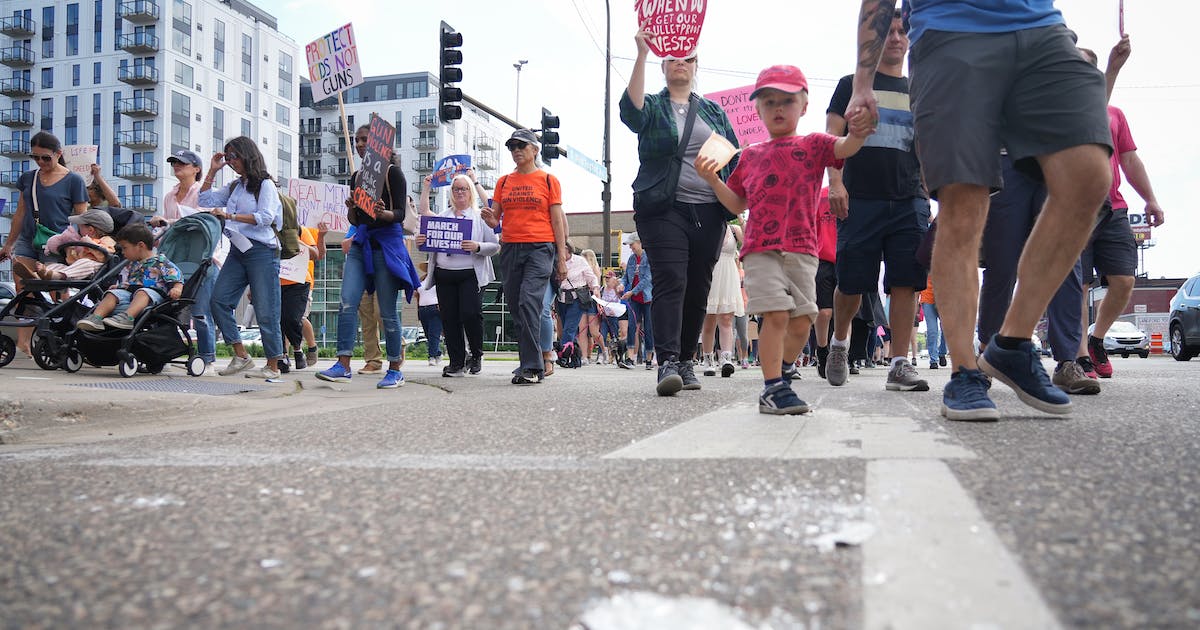 Welcome to the Upside Down: Republicans are in favor of red-flag laws.

Recent stories out of Washington, D.C., report federally elected Republicans may support red-flag laws over other potential solutions when it comes to addressing the gun-violence epidemic in our country (“Senators strike deal on gun control,” June 13). To quote Vince Lombardi, “What in the hell is going on out here?”

If the intent of the Second Amendment was to prevent, thwart or discourage a government from oppressing its own people, then why in the world would Republicans give a tool to a government that could be so easily exploited for doing just that? Is it because that doing nothing is no longer an option and they’ve painted themselves into a corner with the mental-health argument?

I am center-left politically, and I think it should not be more difficult for a 16-year-old to buy tobacco or scratch-off tickets than a gun. That said, I am completely against red-flag laws and worry their construction from Washington and implementation at home will be inept and dangerous. The party I typically vote for will gladly usher these laws through the door, and I don’t like it one bit. Why hand over this tool to a government that is not to be trusted? Why this solution instead of age limits, background checks, mandatory education components and permits to buy privately or at gun shows to close loopholes?

In addition to these commonsense solutions, what about incentives and insurance? Why not insert capitalist concepts into the equation? I have zero interest in infringing upon the right of others who desire to buy and shoot semi- or fully automatic assault-style weapons. Why don’t we let the actuarial tables do what they do best: Assess risk and figure out insurance from the manufacturer to the individual owner?

Nope, instead, Republicans and Democrats will work together tirelessly to give us exactly what we never asked for. Beware of future demogorgons.

I am trying to tell myself that the bipartisan agreement on gun control is a step forward, but the proposal hardly addresses gun control. I am angry that this token gesture instead offers an excuse to evade real gun control. Piously giving money to mental health and school security measures is not gun control; it is tantamount to accepting that mass shootings are expectable. These feeble measures would have done nothing to stop the Uvalde, Texas, shooter.

Focusing on mental health and metal detectors is a distraction. The majority of Americans, including responsible gun owners, are in favor of real gun regulation, including the ban of assault weapons.

It was like listening to an episode of the radio quiz show “Wait Wait … Don’t Tell Me,” with its wacky and literally unbelievable questions and answers about the news.

Sadly, the lunacy emanated from Congress, specifically the hearings on gun safety. Here’s a sampling of knuckleheaded notions of the reality-deniers whose approach later dominated in the Senate, killing, if you will, any meaningful steps to minimize the slaughter.

Down with “left wing” gun safety advocates! trumpeted one representative. What we need is to replace “Gun-free zone” signs in our schools with a different message: “Proceed at your own peril!”

You can thank Rep. Andrew Clyde, R-Ga., for recommending those tender tidings for our youngsters.

Clinging to several well-worn post-massacre standbys, Rep. Virginia Foxx, R-N.C., promised to continue praying for recent victims (not that there’s anything wrong with praying) but cautioned that “Washington bureaucrats” must not act in haste.

Haste? Haste? We’re not reacting to Buffalo and Uvalde, Your Electedness. We’re still reacting to Columbine, 23 years on!

And yet, according to Rep. Pete Sessions, R-Texas, federal gun laws are unnecessary because, well, “Texans have answers for Texas problems.”

How’d that work for the Lone Star State after El Paso, I wonder. Oh, yeah. Uvalde.

Ix-nay to the quantum of proposed safety laws, clamored Rep. Jody Hice, R-Ga. What we need is to “embrace religious beliefs.”

And furthermore, proclaimed Pat Fallon, R-Texas, because Detroit is more dangerous than El Salvador — one of the most violent places in the world according to statistics he provided — we need more guns, not fewer.

This, after a plethora of ordnance failed to save Uvalde’s children.

Who are these people?

Perhaps worst of all during the many hours of testimony was the ghastly, ghostly voice of the National Rifle Association as channeled by Heritage Foundation fellow and lobbyist Amy Swearer, whose crocodile tears, feigned dramatic pauses and carefully spaced cracking of the voice could not supersede the aching, heartbreaking testimony of those who spoke first: survivors of violence via the killing machines that only America worships, which leave gaping wounds in victims’ bodies, survivors’ hearts and the soul of our nation.

Take note of this folly and foppery, and take names. Let’s oust these scoundrels come November and elect leaders who value life over lobbyists’ largesse, common sense over nonsense, and age 15 over AR-15s.

The letter writer who expressed concerns about the hateful political rhetoric and violence (“We’re headed to a dangerous place,” June 13) stated it was coming “from both sides of the political aisle.” He went on to list three examples including a man with a gun outside Justice Brett Kavanaugh’s residence, Sen. Chuck Schumer “bellow[ing]” a warning to two conservative members of the Supreme Court and a man who killed a Wisconsin judge.

What about examples of violence from the right wing? What happened to the bothsiderism?

The fact is, domestic terrorism incidents have soared to new highs, driven chiefly by white-supremacist and anti-government extremists on the far right, many of whom are Donald Trump supporters. Right-wing extremists were responsible for the Jan. 6 insurrection at the Capitol last year that left several dead, the recent Buffalo supermarket shooting that killed 10, the slaughter at an El Paso Walmart with 23 innocents shot dead, and the Pittsburgh synagogue massacre in which 11 worshipers lost their lives.

Sadly, many Republican elected officials refused to join efforts to investigate the violence, playing down the danger and obscuring the facts. At the same time, the number of terrorist attacks by far-right perpetrators is increasing.

I agree with the letter writer that “our country was founded on the basis of the rule of law applied equally to every citizen.” I disagree that “we’re headed down a very dark and ugly path,” because as I see it, we’re already there.

I read with interest the column by Jennifer Brooks titled, “Be kind when a spot of tea turns into a spat” (June 11). All of us can use a bit of kindness, but we also must remember to give some kindness as well. The article reminded me of a small book I have titled, “Choosing Civility: The Twenty-five Rules of Considerate Conduct” by P.M. Forni, St. Martin’s Press (2002). In these discordant times, this book should be mandatory reading.