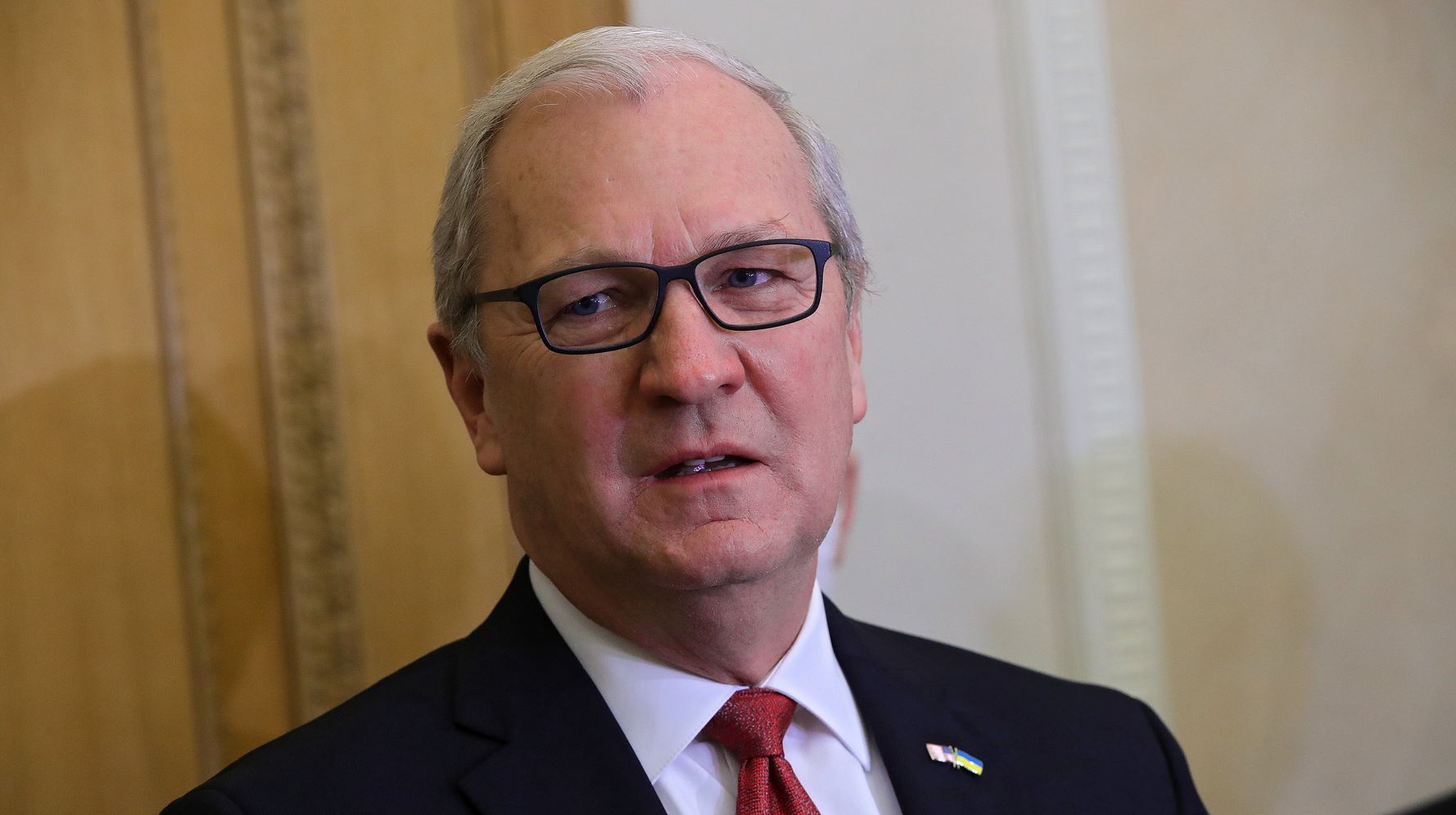 WASHINGTON ― Sen. Kevin Cramer (R-N.D.) suggested that November’s midterm elections are animating his party more than efforts to keep guns out of the hands of the mentally ill in the wake of recent mass shootings across the country.

“I think we’re more interested in the red wave than we are in red flags, quite honestly, as Republicans, and we have a pretty good opportunity to do that,” Cramer told reporters on Tuesday after a private caucus lunch that focused on the bipartisan gun violence deal.

Many states already have so-called “red flag” laws on the books that allow authorities to temporarily seize firearms from people determined to be a danger to themselves or others. Florida’s GOP legislature passed such law following the horrific 2018 mass shooting at a Parkland high school, for example.

A bipartisan group of senators is working on drafting legislation aiming to incentivize more states to adopt “red flag” laws, as well as boost school safety and mental health. Ten Republican senators have endorsed an outline of that bill. On Tuesday, they appeared to pick up the support of a key player: Senate Minority Leader Mitch McConnell.

“I’m comfortable with the framework and if the legislation ends up reflecting what the framework indicates, I’ll be supportive,” the Kentucky Republican said at a weekly press conference, adding that polls of gun owners show “overwhelming” support for provisions of the framework.

But some GOP lawmakers and conservative pundits are worried that the “red flag” provisions in the agreement could violate Americans’ due process rights before guns are stripped from dangerous individuals.

“If we’re not going to pass a federal red flag [law], why would we incentivize states to do something that we think is a bad idea?” Cramer said.

The National Rifle Association hasn’t taken an official position on the framework yet, making clear it would wait to do so until the final legislative text is made public. Many Republican senators, fearful of electoral blowback among the GOP base, are taking a similar approach. But opposition on the right is quickly growing.

10 members of the “Surrender Caucus” in the Senate have apparently reached a deal with gun-grabbing Democrats to reduce law-abiding American’s 2nd Amendment rights.

When asked if he thought passing the gun violence reform package could hurt his party at the ballot box, Cramer said, “I suppose it could but I think people overwhelmingly want us to do something.”

Democrats stressed the “red flag” provisions in the bill aren’t mandatory, that they wouldn’t violate due process rights, as evidenced by their passage in several GOP-controlled states, and that states stand to benefit from other sections in the bill, such as those dealing with mental health and school safety.

“The amount of money in this bill for red flags is frankly going to be dwarfed by the amount of money for school safety and mental health,” said Sen. Chris Murphy (D-Conn.), the lead Democratic negotiator of the bill.

The Democratic-controlled House last week passed a more expansive “red flag” bill on a party-line vote. That legislation would allow federal courts to prevent someone who is found to be a danger to themselves or others from obtaining a gun.

The bill was sponsored by Rep. Lucy McBath, a Georgia Democrat whose son was shot and killed at a gas station by a man who thought he was playing his music too loudly.