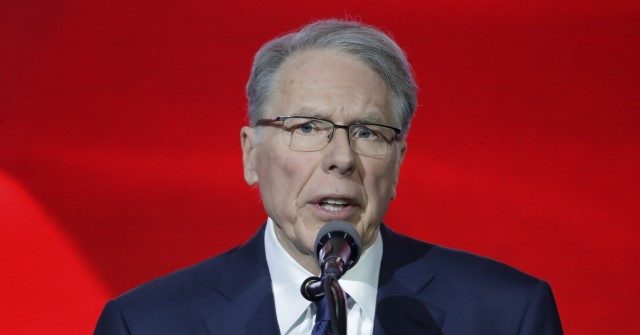 The National Rifle Association’s (NRA) Wayne LaPierre sent a letter on June 14 to the group’s members assuring them the NRA is standing strong for school safety and real action while remaining opposed to “soundbite solutions” from gun controllers.

For over 150 years, the National Rifle Association of America (NRA) has been the nation’s leading voice in the call for responsible, law-abiding gun ownership and firearms education and training. With 5 million patriotic members, we promote Second Amendment freedom – and stand with you in opposition to the unlawful use of any firearm.

Our members, employees and supporters are parents, friends, and neighbors. We grieve with the people of Buffalo, New York, and Uvalde, Texas, and find it heart-wrenching that anyone is capable of the evil that fell upon these communities. We join our nation in the fight to confront this crime epidemic.

To be clear, we believe there are actions that should be taken, but they are neither easy nor convenient. The actions we promote include programs to protect our children and all other innocent victims of violent crimes. They do not encompass infringing upon the rights of the law-abiding to own firearms. We must do better than that.

He went on to list four things the NRA believes Congress should do right now:

LaPierre explained that taking a “firm position on gun crime” means “bringing the full weight of our law enforcement community to confront the criminals who commit acts of gun violence. There can be no exceptions.”

He noted, “We ask lawmakers to bridge the political fault line in the call to solve America’s crime epidemic. We challenge them to aim higher than the call for failed gun control policies defined by bans, restrictions, or initiatives that infringe upon the rights of law-abiding citizens.”

On June 12 Breitbart News reported that the Senate had reached a gun control agreement in response to the Uvalde, Texas, shooting. That agreement includes proposals such as a crackdown on straw purchases, funding to incentivize states to adopt red flag laws, and deeper record searches for gun buyers under the age of 21, among other things.

The NRA responded to the agreement by pledging continued opposition to any effort to override the “fundamental right” of self-defense.

AWR Hawkins is an award-winning Second Amendment columnist for Breitbart News and the writer/curator of Down Range with AWR Hawkins, a weekly newsletter focused on all things Second Amendment, also for Breitbart News. He is the political analyst for Armed American Radio. Follow him on Twitter: @AWRHawkins. Reach him at awrhawkins@breitbart.com. You can sign up to get Down Range at breitbart.com/downrange