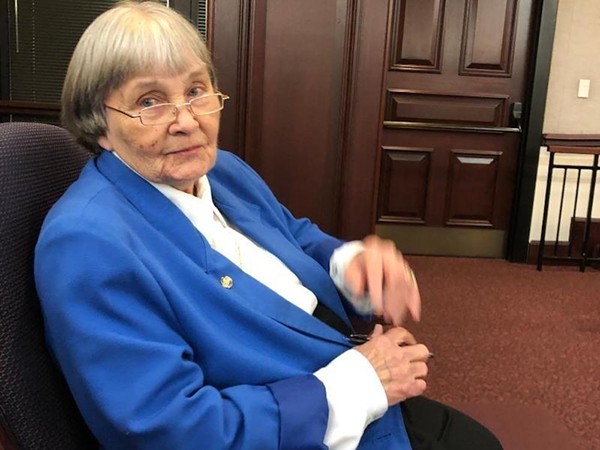 Photo via News Service of Florida

Call it the end of an era.

Marion Hammer, a titan of gun-rights advocacy who played an outsized role in shaping Florida’s gun laws as a lobbyist for the National Rifle Association, retired this week.

Hammer, 83, spent 44 years as a lobbyist for the NRA and served as the first woman president of the national gun-rights group. A fixture in the state Capitol whose tenacity and resolve defined her larger-than-life persona, Hammer earned a reputation as a no-nonsense advocate.

“Marion Hammer’s name has become synonymous with the Second Amendment and with the NRA. She is a dynamic and legendary advocate who has led the way with many laws that started in Florida and then served as a blueprint across the country,” NRA Executive Vice President and CEO Wayne LaPierre said in a statement Thursday announcing Hammer’s retirement.

According to the announcement, Hammer will continue to serve as an adviser to the NRA “so our members can continue to benefit from her expertise and defense of their freedoms.”

Among the slew of gun-related measures that Hammer shepherded through the process over the years was the state’s 2005 “stand your ground” law.

The first of its kind in the nation, the law expanded the more-traditional “Castle Doctrine,” which allowed people to use deadly force to defend themselves in their homes, to more broadly say that people don’t have a “duty to retreat” if they believe it is necessary to prevent death or great bodily harm.

Roughly 35 years ago, Hammer pushed through a law requiring the state to issue concealed-weapon licenses to people who meet certain requirements. Every state in the nation now has a similar law on the books.

In a telephone interview with the News Service of Florida Thursday, Hammer called the “shall issue” license policy her biggest achievement.

“It was a turning point because people started realizing that government is supposed to follow the Constitution, and to take away your right and not give you the opportunity to exercise a right if they didn’t like you, was wrong. The law says that criminals can’t carry guns. So they were not issuing licenses to carry if they didn’t like you in some areas. If you’re not a criminal, and you’re not prohibited under federal law from owning or possessing a firearm, you should be able to get a license to carry concealed. It’s not at the whim of government. It’s a qualification issue,” Hammer said.

Republicans heaped praise on Hammer following the retirement announcement, with Senate President Wilton Simpson, R-Trilby, calling her a “friend and mentor to so many.”

But mirroring the polarizing nature of the larger debate over gun rights and gun control, Hammer’s exit also underscored how divisive she has been throughout the years.

“Marion Hammer has been a driving force to weaken Florida’s gun laws for decades, working to pass deadly policies and then conspiring with the NRA to extrapolate worst practices to other states,” Shannon Watts, founder of Moms Demand Action, said in a prepared statement Thursday.

“But, ultimately, Moms Demand Action volunteers have outlasted Hammer. The movement for gun safety has never been stronger and our volunteers will continue to outwork and out-organize the gun lobby, and undo the damage they’ve done while saving lives.”

Hammer was last in the news in 2020, after she lost a harassment lawsuit. Hammer claimed two emails containing gruesome images of children’s bodies after the Marjory Stoneman Douglas shootings in Parkland, sent to her by attorney Lawrence Sorenson, constituted “cyberstalking, harassment and intentional infliction of emotional distress.” Sorenson said he was attempting to “engage with [NRA lobbyist] Hammer in a debate on the damage that assault weapons can inflict on human beings.”

The judge dismissed the suit.