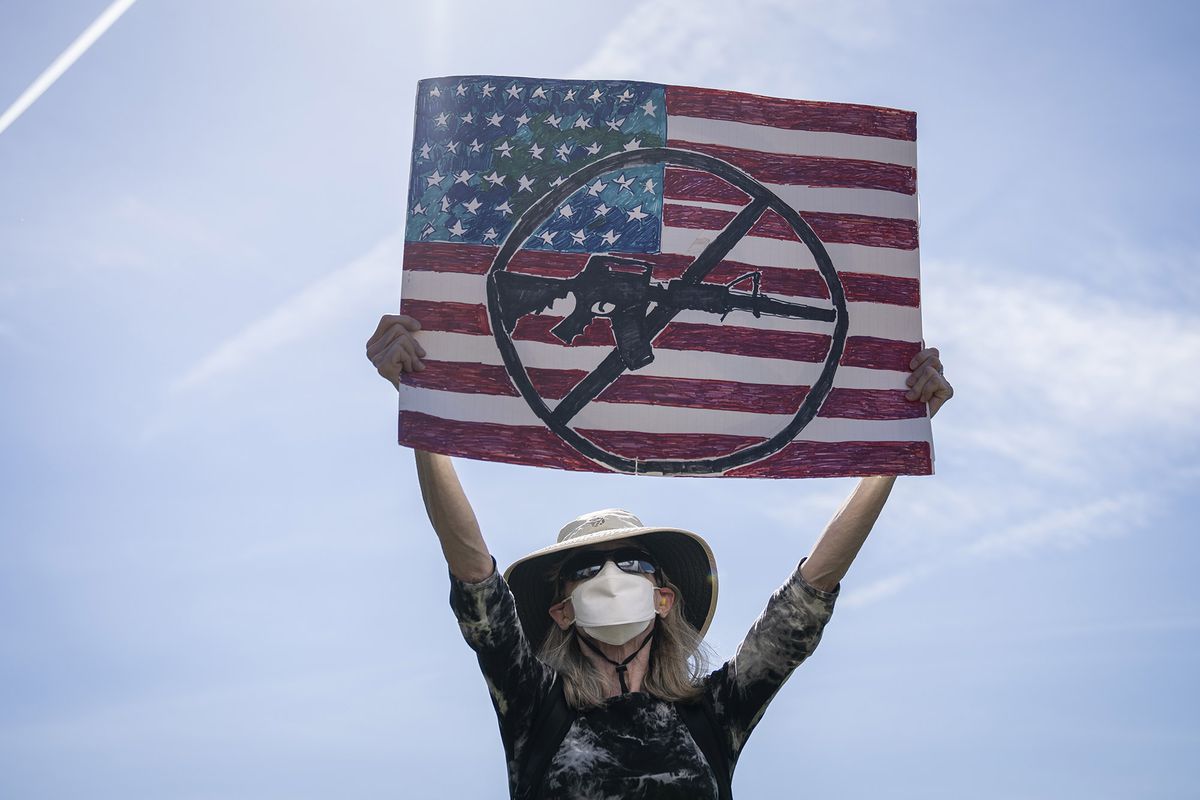 The United States accounts for less than 5% of the global population, but owns 46% of the world’s existing firearms. The accessibility of weapons has led to what White Houe calls a “gun violence epidemic.” The racist massacre in Buffalo and the shooting at an elementary school in Uvalde are just the tip of the iceberg. Gun violence is a systemic problem, one that fuels divisions and political polarization.

— The Second Amendment protects the right to keep and bear arms. It is one of the 10 amendments to the US Constitution that make up the Bill of Rights, which was ratified in 1791. Two centuries on, no one has been able to change or reform the 27-word amendment, which states: “A well regulated Militia, being necessary to the security of a free State, the right of the people to keep and bear Arms, shall not be infringed.” Constitutional reform is not a topic anyone wants to raise, least of all the Republicans. “We must not react to evil by abandoning our Constitution or violating the rights of our law-abiding citizens,” said Republican Senator Ted Cruz after the Uvalde massacre, in which 19 children and two adults were killed. Like other Republicans, Cruz argues that the epidemic of gun violence is due to the actions of the mentally disturbed, and not the ease with which weapons can be bought.

— Gun sales rose at a record rate in 2020, a year marked by the Covid-19 pandemic and large protests against police violence. According to the Pew Research center, almost 20,000 people were shot dead in 2020, while another 24,000 gun-related deaths were suicides. That same year, nearly 23 million guns were purchased, according to Small Arms Analytics, a consultancy firm based in South Carolina. Experts say the spike in violence, which rose in 2020 and 2021, is due to ease in which guns can be bought – they are sold in department stores and online – and the lax gun regulations of some states. The background check carried out on potential gun buyers varies from state to state. In Texas, the Uvalde shooter was able to buy assault weapons, despite having undergone a psychiatric evaluation for threatening violence. In addition to legally sold weapons, there is also the problem of so-called “ghost guns,” which are unserialized and untraceable firearms that can be bought online and assembled at home, sometimes using a 3D printer.

Youngsters are the main victims

— The rate of gun-related deaths in the US is 10 times higher than the average in the other 22 economically advanced democratic countries of the world, according to the Americans Against Gun Violence association. The US rate of gun-related suicide is eight times higher, and the homicide gun rate is 25 times more than the average. The impact on children and youngsters is especially concerning. For the first time in 2020, more children were killed by guns than in traffic accidents, which had previously been the main cause of death in this age group. The same pattern was seen in 2021, largely due to the large number of young Black people killed by firearms. Overall, the US rate of gun-related deaths for children and youth under the age of 19 is 37.5 times higher than the rate in other high-income democratic countries. For high school age youth, the US rate is 82 times higher.

— The powerful National Rifle Association (NRA) held its annual convention just days after the Uvalde massacre. The gun lobby officially spends $3 million a year to influence US policy, but that amount represents only contributions to lawmakers. It’s more difficult to track the donations poured through PACs (political action committees) and the independent contributions. The NRA spent some $250 million in 2020, much more than all the pro-control groups in the country combined. According to data compiled by the Brady Center to Prevent Gun Violence, two dozen Republican senators accepted donations from the NRA in 2019, with more than half receiving more than $1 million. Senator Mitt Romney is at the top of list, having received nearly $14 million in direct donations, independent expenditures and other patronages over his career

— In the 1930s, the federal government of Franklin D. Roosevelt and the Supreme Court introduced the country’s first federal gun control law. Following the assassinations of president John F. Kennedy, Martin Luther King, and Senator Robert F. Kennedy, the Lyndon B. Johnson administration passed the Gun Control Act in 1968, banning mail order sales of rifles and shotguns and prohibiting most felons, drug users and people found mentally incompetent from buying guns. Under president Bill Clinton, gun regulation was tightened via two laws: one that created a national background registry (1993) and another that banned assault weapons (1994) for 10 years. There have been multiple attempts to renew the ban, but none have succeeded due to the influence of the powerful gun lobby. The US Supreme Court is set to rule on a lawsuit filed by the New York state affiliate of the NRA, which is challenging New York’s century-old permitting requirements for carrying guns in public. If the conservative-led court rules in the NRA’s favor, it would allow more guns into more public spaces.