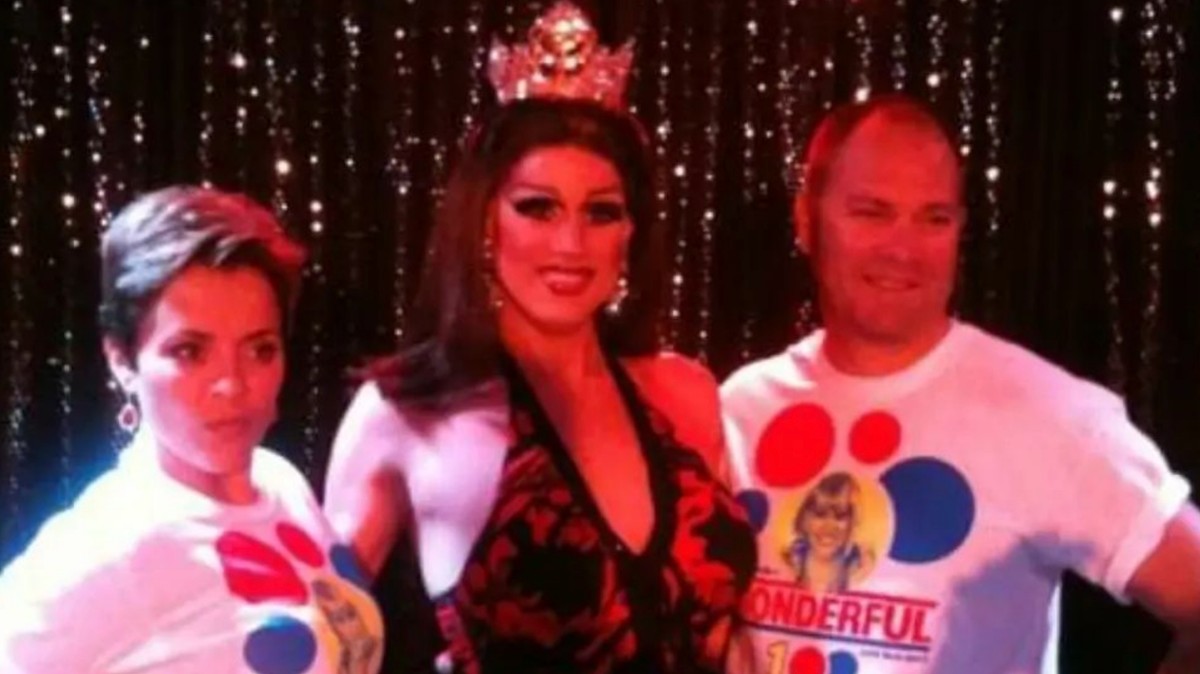 A Trump-backed candidate for Arizona governor has joined the growing chorus of voices attacking the LGBTQ and drag communities.

“They kicked God out of our schools and welcomed Drag Queens,” Kari Lake tweeted late Friday.

But in the midst of her anger, Lake appears to have forgotten she was close friends with one of Arizona’s best-known drag queens for years before running for governor.

“Now that Kari Lake has waded into the war on drag queens, know she is a complete hypocrite,” Rick Stevens, who performs under the name Barbra Seville, wrote on his Instagram account on Saturday.

“I’ve performed for Kari’s birthday, I’ve performed in her home (with children present,) and I’ve performed for her at some of the seediest bars in Phoenix,” Stevens continued. “She’s come to my parties and has been asked to leave because door people thought she was too intoxicated to remain on premises.”

Stevens told AZ Central he had performed dressed as Marilyn Monroe in front of Lake’s daughter when she was 9 or 10 years old.

“She’s picked a side in the culture war, but her actions in the past don’t support it,” Stevens told the media outlet.

A spokesperson for Lake, however, told AZ Central that Lake’s daughter had attended a baby shower where Stevens “showed up as a Marilyn Monroe impersonator;” they claimed this did not amount to a drag show.

Alongside the message on Instagram, Stevens posted a series of pictures showing Lake and him working together on a local Fox TV station and several pictures of Lake embracing Stevens while he was dressed as Barbra Seville.

He also posted several private messages from Lake, including one wishing him a happy birthday and another saying that she had a friend who might be a suitable roommate for him.

Lake, who was endorsed by former President Donald Trump, hit back against the allegations made by Stevens in a statement published Sunday evening, claiming it was politically motivated.

“Like most sane people, Kari Lake is very much opposed to grown men or women dancing provocatively for children, especially at the expense of the taxpayer,” the statement said.

Lake said she was filing a defamation lawsuit against Stevens and would do the same to media outlets that reported on the story. “Why is the media fighting so hard to defend the grooming of our children?” Lake wrote.

She then asked why the media wasn’t spending more time looking into Hunter Biden, a topic that the fringes of the GOP often bring up when they don’t like the news.

Lake’s attack comes just days after a group of Proud Boys stormed a “Drag Queen Story Hour” event for kids after the event was highlighted by the right-wing LibsofTikTok Twitter account.

The attack is part of broader anti-LGBTQ threats, fueled by far-right communities online, who are trying to shut down trans rights and drag events they falsely claim are “grooming” children.

This is not the first time Lake’s political positions have appeared at odds with her past.

She has been blasted by her GOP opponents for only being a member of the National Rifle Association since 2021 despite claiming to be a big defender of the Second Amendment while on the campaign trail.

Lake, who was once a Democrat, previously proposed amnesty for millions of migrants, despite now taking a hard-line stance on immigration and promising to deport immigrants using state resources if elected.

Since leaving her job as a news anchor with Fox 10 News last summer, Lake has embraced the most extreme fringes of the GOP including claims that the Jan. 6 rioters were “invited in” by Capitol police, and that Black Lives Matter is “a way to incite violence and stir things up.” She has also had dinner with QAnon influencer-turned Arizona congressional candidate Ron Watkins.