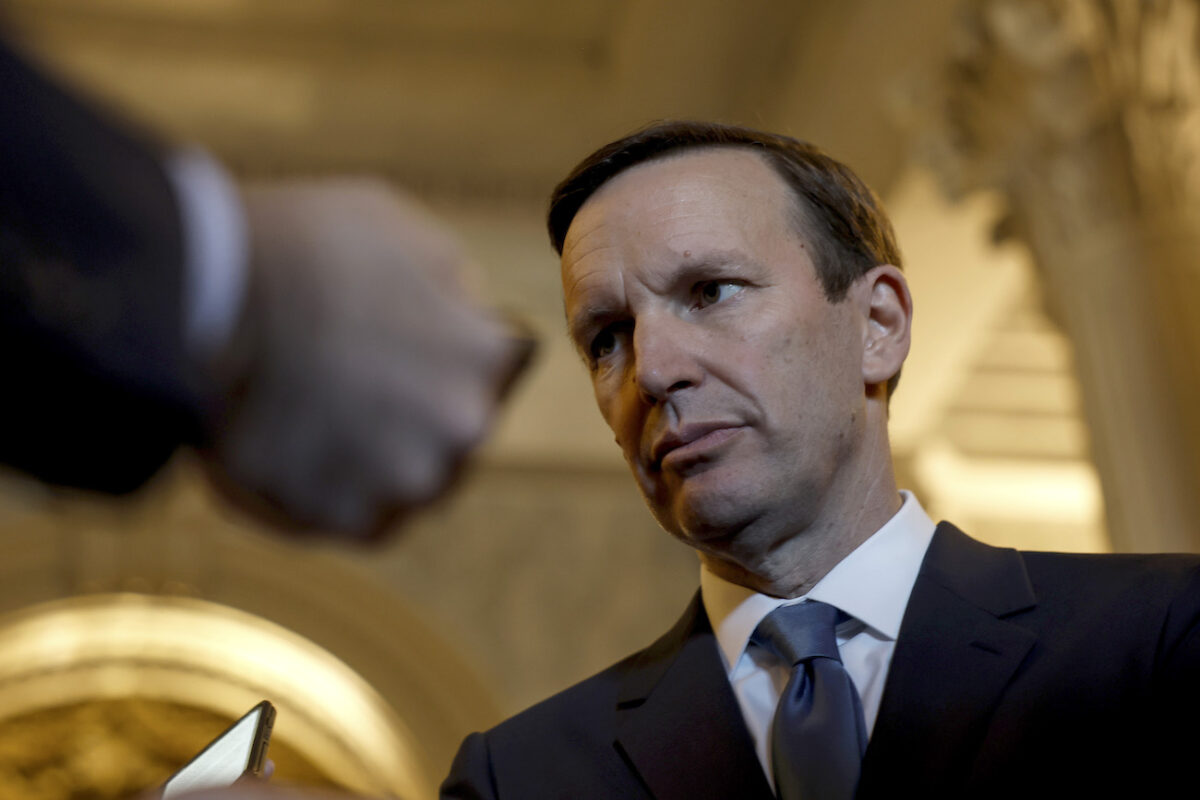 The Senate cleared a procedural hurdle to advance a gun control bill Tuesday night following negotiations between Republicans and Democrats.

The chamber voted 64 to 34 to advance the 80-page legislation (pdf), the Bipartisan Safer Communities Act. Senate negotiators released the text an hour prior to the vote.

The procedural vote came nine days after lawmakers agreed to a framework for the legislation.

“Our legislation will save lives and will not infringe on any law-abiding American’s Second Amendment rights,” they added. “We look forward to earning broad, bipartisan support and passing our commonsense legislation into law.”

In a statement, McConnell called the measure a “commonsense package.”

“For years, the far left falsely claimed that Congress could only address the terrible issue of mass murders by trampling on law-abiding Americans’ constitutional rights. This bill proves that false,” he said. “Our colleagues have put together a commonsense package of popular steps that will help make these horrifying incidents less likely while fully upholding the Second Amendment rights of law-abiding citizens.”

Schumer said in a statement ahead of the vote that the “bipartisan gun-safety legislation is progress and will save lives. While it is not everything we want, this legislation is urgently needed.”

The National Rifle Association opposes the legislation. It said in a statement, “It falls short at every level. It does little to truly address violent crime while opening the door to unnecessary burdens on the exercise of Second Amendment freedom by law-abiding gun owners.”

The Senate is expected to hold a floor vote on the measure this week before a two-week July 4 recess.

A minimum of 10 Republican votes are needed to clear a filibuster that requires 60 votes in the 50-50 divided Senate. Prior to the release of the full text of the bill, at least 10 Republicans had joined 10 Democrats in supporting the framework of the legislation, and Cornyn, the lead Republican negotiator in the bipartisan negotiations, told reporters that “I think there will be at least” 10 GOP votes for the measure.

Sen. Josh Hawley (R-Miss.) criticized the quick vote on the bill, saying on Twitter, “Here we are voting to move on a bill negotiated entirely behind closed doors, released only an hour ago, that no one has had time to fully read, that ignores the national crime wave & chips away instead at the fundamental rights of law abiding citizens.”

Meanwhile, Sen. Tom Cotton (R-Ark.) said he doubted the bill would achieve what the negotiators asserted.

“This bill won’t stop the violent shootings by deranged criminals,” he said in a statement. “But it will restrict the freedoms of law-abiding Americans and put too much power in the hands of politicians and political officials. Stopping gun violence starts with more funding for police and tougher sentences for the criminals who violate gun laws—not taking away due process from law-abiding gun owners.”

Among multiple requirements, the measure would expand background checks for people between 18 to 21 who seek to buy a gun, by including additional checks of juvenile records. The added required checks could add up to seven more days to the current three-day limit on background checks. The requirement for background checking would expire after 10 years, on Sept. 30, 2032, which means lawmakers would have to pass a new bill to extend it.

In an effort to prevent people from evading dealer licensing requirements, the bill adjusts language in the current law so that people who regularly buy and sell guns “to predominantly earn a profit” are required to register as a federal firearm licensee. With this designation, these gun sellers would be required to run background checks for transactions.

The bill would also toughen penalties on gun traffickers and straw purchasers, including fines and up to 15 years in prison for violators.

The so-called “boyfriend loophole” would be closed under the bill, whereby convicted domestic abusers would be barred from buying guns if their victim is their romantic partner or a recent former romantic partner. Currently, convicted domestic abusers are already prohibited to have a gun if they are married to, live with, or had children with their victims. The person’s right to buy a gun would be restored after five years if they do not commit any violence or felonies.

“We are closing the boyfriend loophole,” Murphy said on the Senate floor. “This provision alone is going to save the lives of so many women who unfortunately die at the hands of a boyfriend or an ex-boyfriend who hunts them down with a firearm.”

The new legislation would also provide some $750 million to the 19 states and the District of Columbia that have “red flag” laws or other violence prevention programs to make it easier to temporarily confiscate guns from people deemed dangerous. States with “red flag” laws that receive the funds would have to have legal processes for the gun owner to fight the firearm’s removal.

Mimi Nguyen Ly is a reporter based in Australia. She covers world news with a focus on U.S. news. Contact her at mimi.nl@epochtimes.com