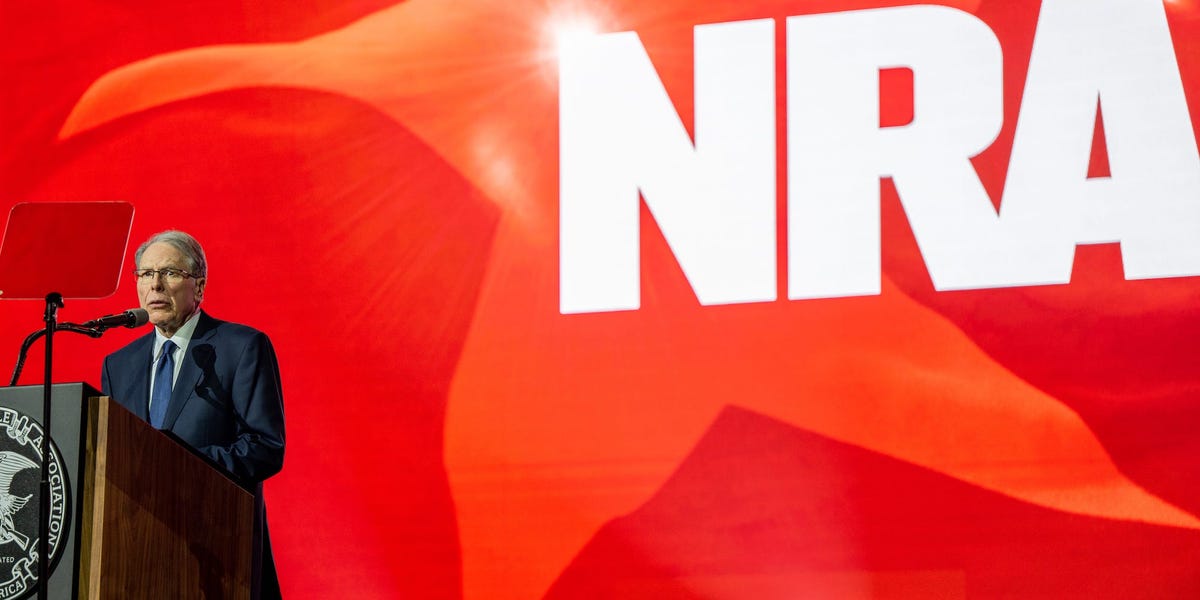 Senators unveiled on Tuesday evening the much-anticipated Bipartisan Safer Communities, which will enact the most significant new federal gun restrictions since the 1990s.

Within the hour, two major conservative groups declared their opposition.

“This legislation can be abused to restrict lawful gun purchases, infringe upon the rights of law-abiding Americans, and use federal dollars to fund gun control measures being adopted by state and local politicians,” declared the National Rifle Association in a release sent less than 30 minutes after the legislative text became available on Tuesday.

The hardline conservative House Freedom Caucus declared it “will oppose any legislation that implements, funds, or expands unconstitutional and ineffective red flag laws,” the group said in a statement sent less than an hour after the bill’s release.

On Friday, Cornyn was drowned out by boos from members of his own party amid anger on the right over the bill’s new provisions.

But in the Senate, the legislation has ultimately garnered significant bipartisan support. After McConnell expressed support for the framework last week, he and 13 other Senate Republicans voted late on Tuesday to tee up a Thursday vote on the bill.

That included three Republican senators —  Todd Young of Indiana, Joni Ernst of Iowa, and Lisa Murkowski of Alaska — who weren’t among the ten who had initially announced their support for the framework.

Still, most Senate Republicans voted against the measure, and it’s not expected to garner significant GOP support when the House takes up the bill later this week.

Both the NRA and the House Freedom Caucus took issue with the “red flag” law provision of the bill — according to the text, $750 million is allocated to support states and tribes in enacting these laws, which give authorities and courts the power to temporarily confiscate guns from individuals if they are deemed to pose an immediate threat to themselves or others.

Nineteen states and the District of Columbia currently have some form of red flag laws. But both the NRA and the House Freedom Caucus say that those measures infringe on Americans’ Second Amendment rights.

“These laws are ripe for abuse as they give government the power to decide who is deemed mentally fit to own a firearm based on the say-so of any accuser, and that should concern every American,” said the Freedom Caucus.

The caucus also called on Republican senators to “use every procedural tool at their disposal” to slow the process down.

Meanwhile, the NRA’s objection to the bill was more general, arguing that the legislation “leaves too much discretion in the hands of government officials and also contains undefined and overbroad provisions.”

Tellingly, the NRA’s statement against the bill included a photo of President Joe Biden, Vice President Kamala Harris, and Senate Majority Leader Chuck Schumer — not the group of senators, half of whom were Republicans, who worked on the bill.

Article: Turning America into a Gunfight at the OK Corral
Winners and Losers of the Week in Florida politics — Week of 6.19.22
Legal expert speculates whether Supreme Court will destroy Congress’ new gun safety bill next – Raw Story
ART HOBSON: Erosion of America’s gun fetish will take a long time and a consistent push for cultural change
Gun rights advocates rally in Delaware against gun reform