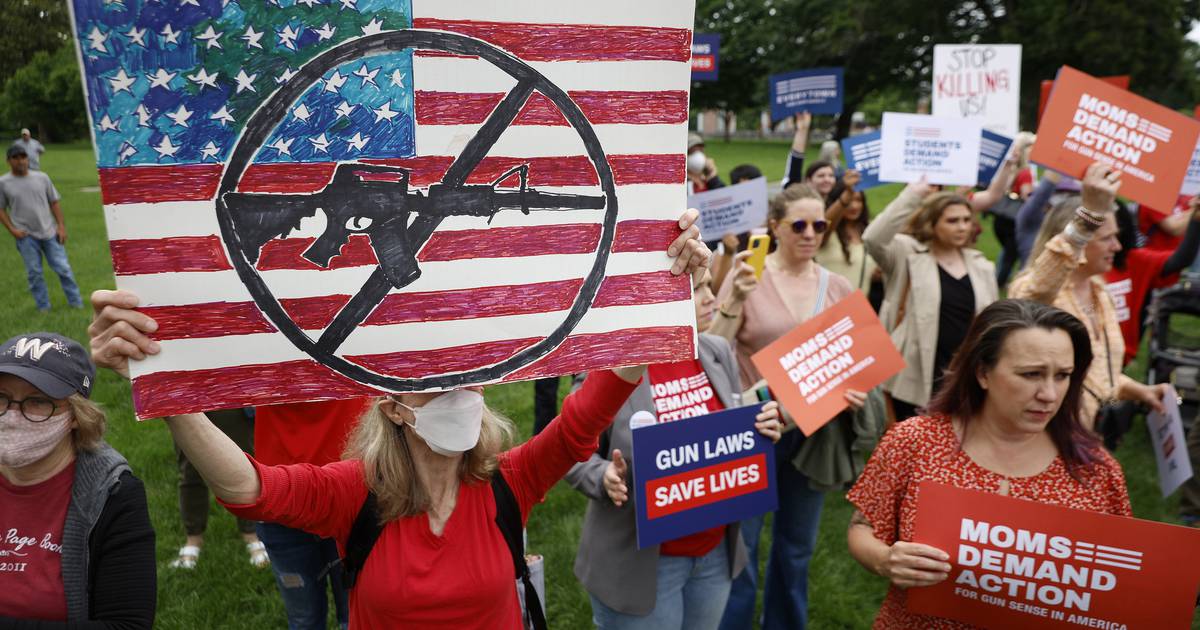 Congress inched towards the enactment of a bipartisan gun law on Wednesday taking its first modest step in decades to curb the only-in-America epidemic of mass shootings that culminated with last month’s bloody massacres at a Buffalo supermarket and a Texas elementary school.

Hailing the proposed bill as “common-sense” and “life-saving,” Senate Majority Leader Chuck Schumer (D-N.Y.) vowed to push the bill through the evenly divided upper chamber with some Republican support by the end of the week.

“Congress is on the path to take meaningful action to address gun violence for the first time in nearly 30 years,” Schumer said on the Senate floor. “The bill is real progress. It will save lives.”

Republican Minority Leader Mitch McConnell (R-Ky.) stressed that the measure may make mass killings like those in Uvalde, Texas and Buffalo rarer without limiting the rights of gun buyers to add to their arsenals as they see fit.

But it falls far short of significant reforms like banning assault weapons or high-capacity magazines that gun violence opponents say could make a real difference in stopping mass killings.

The compromise won 14 GOP votes in a procedural Senate vote, enough to overcome a conservative filibuster and a sign it can win quick passage.

The measure is a shoo-in in the Democratic-led House even though progressives complain it is woefully inadequate given the scale of America’s addiction to guns.

Schumer praised families of victims of gun massacres like those that wreaked havoc on schools in Columbine, Colorado and Sandy Hook, Connecticut, as well as a 2017 country music concert in Las Vegas.

“Rather than curse the darkness, they lit a candle,” Schumer said. “They have turned their grief into action.”

[ Racist Buffalo killer says he has just $16 to his name ]

Even though it’s a watered-down compromise, the deal marks an unlikely election-year breakthrough on a flashpoint culture war battlefield that has defied any solution for decades, even as the death toll from mass killings soars daily.

The overwhelming majority of Americans favor stricter gun restrictions, especially as killers armed with weapons that can kill scores in a matter of seconds.

The latest impetus for some kind of action came when a racist gunman killed 10 Black shoppers in Buffalo. Days later, a disturbed teenager killed 19 children and two teachers in a school in Uvalde, Texas.

Gun control advocates like the Sandy Hook parents and a lobbying group led by ex-Rep. Gabrielle Giffords (D-Ariz.), wounded by a constituent who opened fire at a meet and greet, called on Americans to back the bill as an incremental step towards a marginally safer nation.

But the powerful gun lobby has steadfastly blocked even the most basic of reforms, like barring weapons and ammunition that are virtually only used to kill as quickly and effectively as possible.

The National Rifle Association went ahead with its convention in Houston just days after the Uvalde bloodshed and former President Trump drew criticism by dancing on stage at the nation’s largest gathering of gun owners.

[ Even Gov. Greg Abbott backs out of NRA gun fest after Uvalde massacre ]

True to form, the NRA opposed even the Senate compromise bill.

“This legislation can be abused to restrict lawful gun purchases (and) infringe upon the rights of law-abiding Americans,” the NRA said on its Twitter feed.