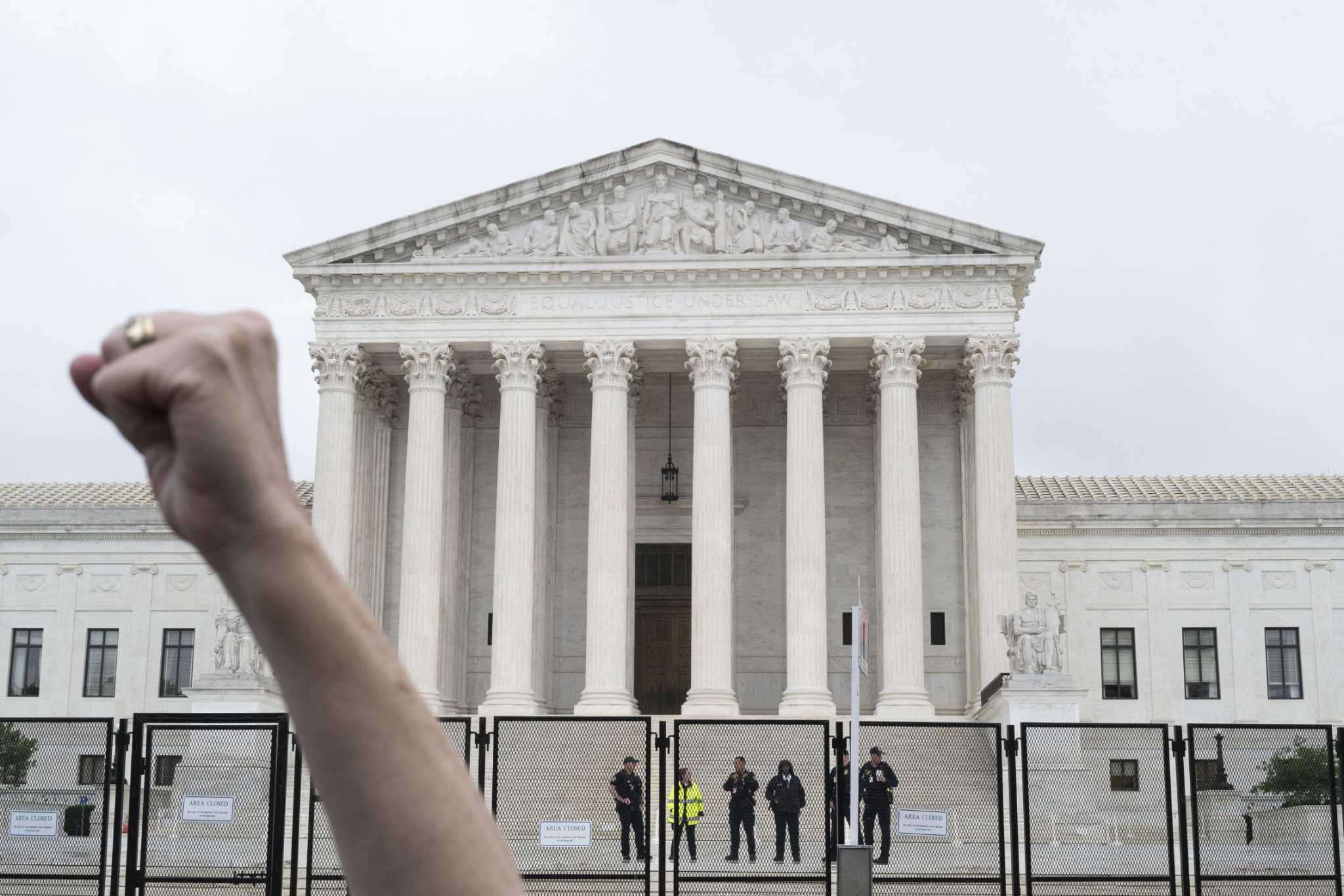 The Supreme Court said Thursday that law-abiding Americans generally have a right to carry a handgun outside the home for self-defense, striking down a New York law requiring a special need for such a permit and putting at risk similar laws in five other states.

Thursday’s vote was 6-3, with Justice Clarence Thomas writing for the majority and the court’s three liberals in dissent.

“The constitutional right to bear arms in public for self-defense is not ‘a second-class right, subject to an entirely different body of rules than the other Bill of Rights guarantees,'” Thomas wrote, referring to a previous Supreme Court ruling. “We know of no other constitutional right that an individual may exercise only after demonstrating to government officers some special need.”

In dissent, Justice Stephen Breyer pointed to the nearly 300 mass shootings since January and to data showing that gun violence has surpassed car crashes as the leading cause of death among children and teens. The majority’s decision, he said, will make it more difficult for state legislators to take steps to limit the dangers of gun violence.

The Second Amendment allows states to “take account of the serious problems posed by gun violence,” wrote Breyer, who was joined by Justices Sonia Sotomayor and Elena Kagan. He added: “Many States have tried to address some of the dangers of gun violence . . . by passing laws that limit, in various ways, who may purchase, carry, or use firearms of different kinds. The Court today severely burdens States’ efforts to do so.”

In a statement, President Joe Biden said he is “deeply disappointed” with the court’s ruling, saying it “contradicts both common sense and the Constitution, and should deeply trouble us all.”

“In the wake of the horrific attacks in Buffalo and Uvalde, as well as the daily acts of gun violence that do not make national headlines, we must do more as a society – not less – to protect our fellow Americans,” he said.

“New Yorkers will soon be able to defend themselves outside of their homes without first having to prove that they have a sufficient ‘need’ to exercise their fundamental rights,” Jason Ouimet, executive director of the NRA’s Institute for Legislative Action said in a statement. The ruling, he said, “opens the door to rightly change the law” in the half-dozen other states “that still don’t recognize the right to carry a firearm for personal protection.”

Enacted more than a century ago, New York’s law requires those who want to carry a concealed weapon for self-defense to show a specific need for doing so.

Manhattan District Attorney Alvin Bragg said in a statement Thursday that the court’s ruling “severely undermines public safety not just in New York City, but around the country” and will make it “more difficult to limit the number of guns in our communities.” His office has been preparing for the decision and is crafting gun legislation that will “take the strongest steps possible to mitigate the damage done today,” he said.

“The Supreme Court may have made our work harder, but we will only redouble our efforts to develop new solutions to end the epidemic of gun violence and ensure lasting public safety,” he said.

In the Senate this week, 20 lawmakers – 10 from each party – endorsed a framework agreement coupling modest new gun restrictions with about $15 billion in new federal funding for mental health programs and school security upgrades. Within hours of the court’s ruling Thursday, the full Senate voted 65-34 to close debate on the legislation and move toward approval. A final vote is expected no later than Friday.

If passed, the Bipartisan Safer Communities Act would be the most significant new gun restrictions since the 1990s. But it falls far short of the broader gun-control measures that Biden and other Democrats have called for, such as a new ban on assault weapons or restrictions on high-capacity ammunition magazines.

The Supreme Court in 2008 ruled for the first time that the Second Amendment bestowed an individual the right to keep a gun in the home for personal defense rather than related to military service.

Justice Antonin Scalia’s decision in District of Columbia v. Heller struck a law that severely restricted gun ownership, but it answered only part of what it means to “keep and bear arms.”

But only now has the court has taken up the question of what it means to “bear” arms.

Thomas made clear the right was expansive. “To confine the right to ‘bear’ arms to the home would nullify half of the Second Amendment’s operative protections,” he wrote, adding that the court found in Heller that the amendment guarantees an individual right to possess and carry weapons in case of confrontation, “and confrontation can surely take place outside the home.”

Instead, “the government must demonstrate that the regulation is consistent with this Nation’s historical tradition of firearm regulation,” he said.

His own historical analysis, laid out in detail in the 66-page opinion, showed that will be a difficult obstacle.

In Heller, Scalia said the Second Amendment is not unlimited and that restrictions were permissible in “sensitive places,” such as schools and government buildings. At oral argument last fall, several justices expressed concern about guns on New York’s subway or at Yankee Stadium.

Thomas made clear in his opinion that New York could not define the entire island of Manhattan as a “sensitive place.”

But Breyer noted that the court’s opinion provides no detailed direction for how officials in New York – or in the five other states, with large cities such as Baltimore and San Francisco – could prohibit firearms in public places where large groups of people gather and instead left those decisions to lower-court judges to be answered another day.

“What about subways, nightclubs, movie theaters, and sports stadiums? The court does not say,” Breyer wrote.

Kavanaugh and Roberts joined Thomas’s opinion but wrote separately to say that, in their view, it did not call into question the restrictions that sometimes accompany “shall-issue” laws in 43 states.

“Those shall-issue regimes may require a license applicant to undergo fingerprinting, a background check, a mental health records check, and training in firearms handling and in laws regarding the use of force, among other possible requirements.” Kavanaugh wrote.

Thomas agreed generally, but said, “we do not rule out constitutional challenges to shall-issue regimes where, for example, lengthy wait times in processing license applications or exorbitant fees deny ordinary citizens their right to public carry.”

The two people challenging the New York law – Robert Nash and Brandon Koch – have licenses to carry handguns for hunting and target practice. But New York authorities denied their requests for “unrestricted” licenses for self-defense, because officials said they could not show a “special need for self-protection distinguishable from that of the general community.”

During the two-year period of 2018 and 2019, at least 65% of applicants in New York were approved for an “unrestricted” license, according to a state analysis of records submitted to the court.

Since the 2008 decision, lower courts have generally sided with states that restrict the right when determining how the Second Amendment applies beyond people’s homes. The justices have turned down numerous requests from gun rights advocates to review those decisions.

Thomas, Alito, Gorsuch and Kavanaugh all expressed frustration about their colleagues’ apparent reluctance to reenter the gun debate.

Twenty-five states do not require a permit to carry a firearm in public, while several others do but refrain from asking applicants to justify their need for a weapon.