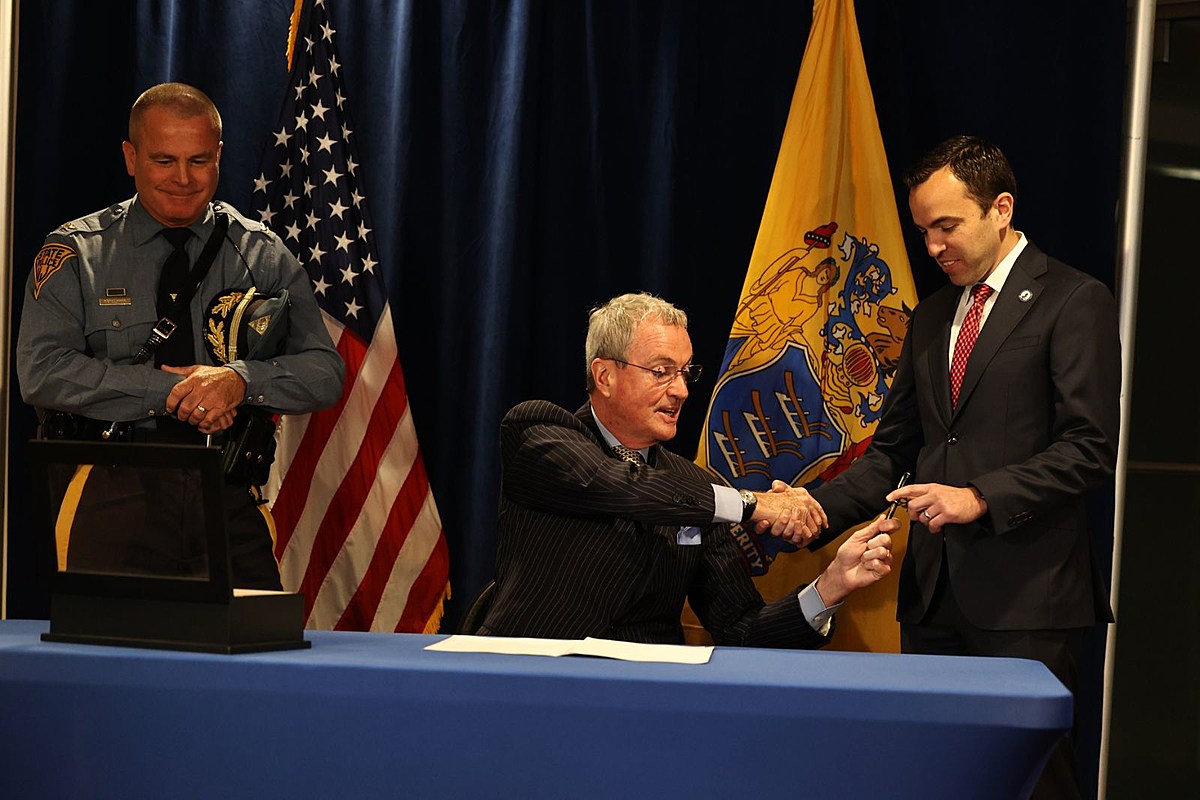 TRENTON – Gov. Phil Murphy on Friday directed all state agencies to look for ways to prevent gun violence, including designating certain areas as gun-free, in the wake of the Supreme Court decision that expands the right to carry guns in public.

“While the Supreme Court may have dispensed with common sense, it did affirm the long-standing rules that have prohibited the carrying of firearms in certain sensitive locations such as schools and government buildings,” Murphy said at a news conference in his office.

“Because New Jersey has had very strict limits on carrying firearms in public until this opinion, we have very few places where the carrying of firearms is prohibited by law,” he said. “Going forward, this is no longer tenable.”

Murphy said he is working with the Legislature to expand the number and types of places where guns cannot be carried.

“This legislation should also set a default rule that firearms cannot be carried onto private property unless the property owner expressly communicates their permission, whether that’s a shopping mall or a supermarket or a private home or a house of worship, whatever it might be,” Murphy said.

“That will protect homeowners and businesses who do not want firearms to proliferate in their homes and stores while fully respecting everyone’s private property rights,” he said.

Murphy said the state will also examine whether to expand the list of people categorically disqualified from carrying handguns, which now includes people with criminal convictions or subject to certain types of restraining orders.

“The right-wing majority has made its decision. As tragic and misguided as it is, we must live with it. That’s how it works in our constitutional system,” Murphy said. “But that will not stop us from doing everything in our power to protect our communities and our residents, consistent with this opinion.”

“Democrats don’t appear to trust honest law-abiding citizens, and are responding to the Supreme Court’s ruling as if the average gun owner is a criminal,” DiMaio said. “Even Gov. Murphy will tell you gun violence in New Jersey is because of illegal gun owners, not people who exercise Second Amendment rights. And those rights will still need to be exercised in New Jersey.”

“You cannot carry a firearm in New Jersey without a permit, period. There is nothing in yesterday’s decision that changes that,” Platkin said.

“We’ll also continue to use the criminal and civil enforcement tools at our disposal to ensure that perpetrators of gun violence are brought to justice,” he said. “And we’re going to hold gun manufacturers and distributors responsible for their unlawful conduct.”

State Police Superintendent Col. Patrick Callahan said the first thing he did Friday morning was call in the Firearms Investigation Unit to review the ruling’s impact on its preparedness and process.

“The attorney general and I also got on a call with all 21 county prosecutors and shortly after that got on a call with more than 400 law-enforcement executives to discuss this ruling and its impact on New Jersey and our citizens,” Callahan said.

Callahan said the State Police are anticipating “definitely a dramatic influx” of applications to carry guns in public, probably over 200,000.

“Luckily a few years ago we started an online application system, which helps speed that along, and to get away from a paper process,” he said. “Our Firearms Investigation Unit, in anticipation of this ruling, actually had been working with a vendor to create a whole separate module on the application to carry. Technology and staffing are the two things that we need to focus on to process these as they come in.”

Callahan recalled that on his first day as a trooper, he responded to a shooting on Interstate 78 that followed a road-rage incident. He said two drivers had pulled onto the shoulder to settle their dispute – and one speed-loaded a handgun from his truck and shot the other.

“I always thought: What is that motorist who fired that shot didn’t have that access to that weapon?” he said. “It probably would have ended with a few hand gestures, and off they would have went. But that wasn’t the case. The fact that there was a weapon involved is what change people’s behavior and has them act and do things, willing to take somebody’s life over being cut off on Route 78, which happens, as everybody in this room knows, just about every three minutes throughout the state.”

‘Court left a lot of gray’

Platkin said he believes every gun law now on the books in New Jersey, and those currently being considered in the Legislature, are defensible under the Second Amendment.

“The Supreme Court spoke clearly yesterday with respect to the justifiable need requirement, and while we strongly disagree with their reasoning, we’re obligated to follow that,” he said. “As it relates to guns laws more broadly, the Supreme Court left a lot of gray.”

But Darin Goens, New Jersey director for the National Rifle Association, said a bill requiring training before a person gets a firearms purchaser identification card likely is unconstitutional, as it’s an extra hurdle similar to the now-ended justifiable need for a carry permit. He said the purchase card should be abolished.

“It’s our position and certainly something we’re going to try to unravel and pull back is New Jersey’s FID permit process completely – to get rid of it, rather than make changes that make it even more onerous,” Goens said.

In the executive order signed by Murphy, state departments and agencies were directed to submit their preliminary findings to the governor by July 18.

Michael Symons is the Statehouse bureau chief for New Jersey 101.5. You can reach him at michael.symons@townsquaremedia.com

50 Most Popular Chain Restaurants in America

YouGov investigated the most popular dining brands in the country, and Stacker compiled the list to give readers context on the findings. Read on to look through America’s vast and divergent variety of restaurants—maybe you’ll even find a favorite or two.

LOOK: Here are 25 ways you could start saving money today

These money-saving tips—from finding discounts to simple changes to your daily habits—can come in handy whether you have a specific savings goal, want to stash away cash for retirement, or just want to pinch pennies. It’s never too late to be more financially savvy. Read on to learn more about how you can start saving now. [From: 25 ways you could be saving money today]