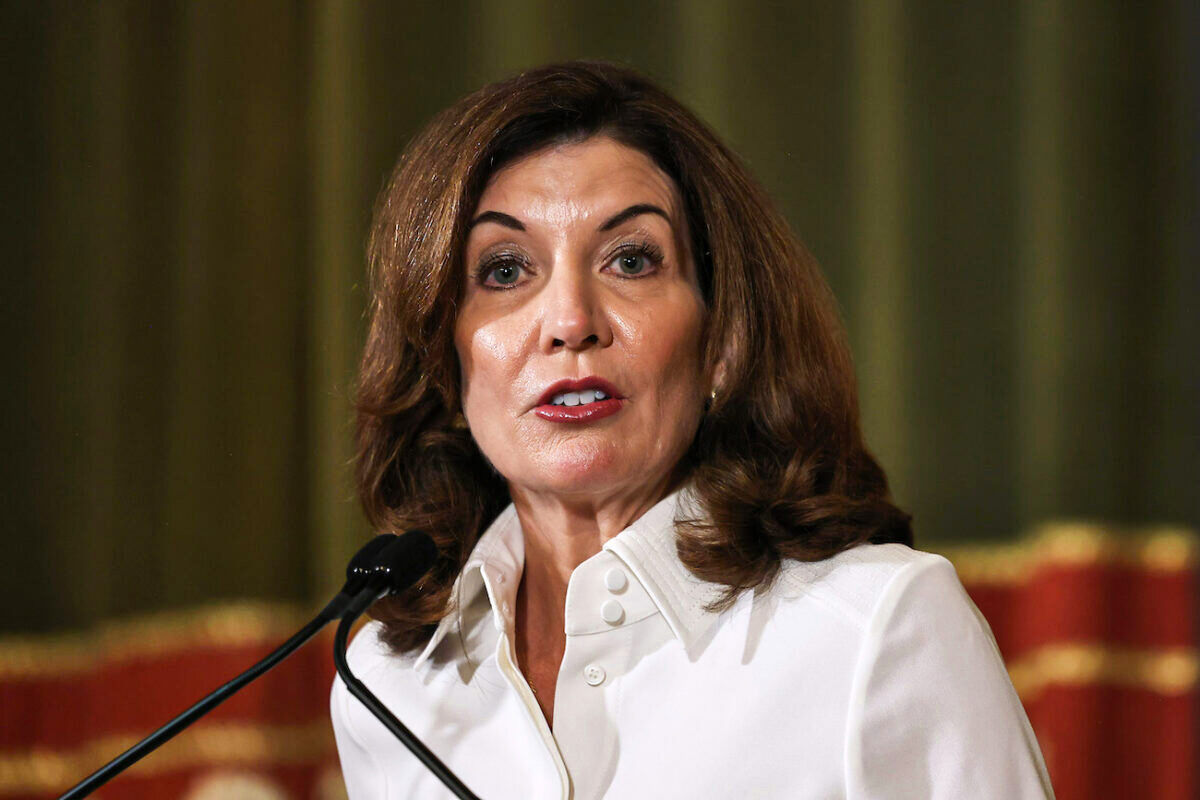 New York Gov. Kathy Hochul has ordered an extraordinary session of the state legislature, aiming to pass gun control measures in the wake of a Supreme Court decision to strike down the state’s concealed carry gun permitting system as unconstitutional.

The extraordinary legislative session is due to begin in Albany on June 30, Hochul said in a proclamation (pdf), with the scope of deliberations to focus on “addressing necessary statutory changes regarding firearm safety.”

Hochul’s move comes after the Supreme Court ruled in a 6–3 vote on June 23 that New York’s concealed carry gun laws were unconstitutional.

The governor added that, since the high court issued its decision, she’s been working “around the clock” to craft gun control legislation in response to the Supreme Court ruling.

“My number one priority as Governor will always be to keep New Yorkers safe,” she said.

The New York gun permit law that the Supreme Court struck down generally required an applicant to demonstrate “proper cause” to obtain a license to carry a concealed handgun in public. Applicants met the “proper cause” requirement only if they could prove a “special need for self-protection distinguishable from that of the general community,” according to a 1980 ruling by the Supreme Court of New York in Klenosky v. New York City Police Department.

“Because the State of New York issues public-carry licenses only when an applicant demonstrates a special need for self-defense, we conclude that the State’s licensing regime violates the Constitution,” Supreme Court Justice Clarence Thomas wrote in the majority opinion (pdf).

Wayne LaPierre, executive vice president of the National Rifle Association (NRA), spoke out in favor of the high court’s ruling, calling it a “watershed win for good men and women all across America.”

“The right to self-defense and to defend your family and loved ones should not end at your home,” LaPierre said.

President Joe Biden condemned the Supreme Court decision, which he said “contradicts both common sense and the Constitution and should deeply trouble us all.”

“I call on Americans across the country to make their voices heard on gun safety. Lives are on the line,” Biden said.

Biden on Saturday signed into law the biggest gun control measure introduced in the United States in three decades.

The legislation, called the Bipartisan Safer Communities Act, passed the House on Friday in a 234–193 vote following Senate approval a day prior.

Key provisions of the bill include incentives for states to adopt so-called red flag laws, expanding access to mental health programs, enhancing school security in a bid to prevent mass shootings, and ramping up federal background checks for people between 18 to 21.

Matthew Vadum contributed to this report.

Tom Ozimek has a broad background in journalism, deposit insurance, marketing and communications, and adult education. The best writing advice he’s ever heard is from Roy Peter Clark: ‘Hit your target’ and ‘leave the best for last.’