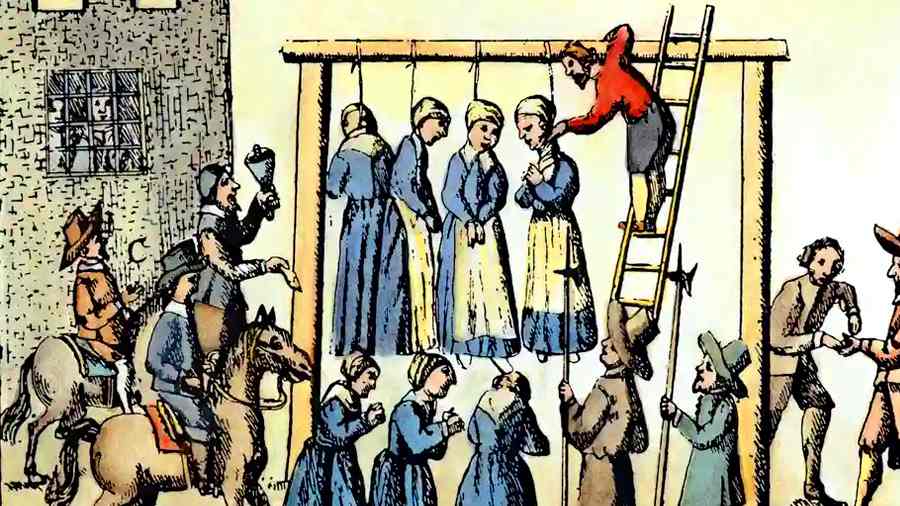 Sir — Witch-hunts resulted in the trial, torture and execution of thousands of women — although it was mostly the poor, the vulnerable and the social outcasts who were targeted. Women who did not conform to social norms were branded witches out of deep-rooted misogyny. It is thus encouraging that Scotland has proposed a bill to right such historical injustices. If passed, the law will posthumously pardon thousands who were convicted and executed for practising witchcraft. While a State pardon is not enough to undo past mistakes, it may inspire other countries to address similarly patriarchal traditions.

Sir — It is heartening that the Senate of the United States of America has approved a bipartisan gun control bill (“Bipartisan Senate passes gun bill”, June 25). This has long been a bone of contention between the Democrats and the Republicans. Gun violence in America has been on the rise. In 2020, more than 45,000 Americans died from firearm-related injuries. The recent mass shootings in Texas and New York have reiterated the need for stringent gun control. The US president, Joe Biden, has given his assent to the bill. It will not only stipulate background checks for prospective gun buyers but will also allow the temporary confiscation of guns from people who might be a danger to others or to themselves. Most importantly, it will start mental health programmes and aid schools that have experienced mass shootings. Although the new law does not include a much-needed ban on assault weapons, it is the first step towards mitigating gun violence.

Sir — The Democrats and the Republicans must be commended for reaching a consensus on the gun control bill. Even though the law has several loopholes, it may check the indiscriminate purchase of firearms. However, on the same day that the bill was passed by the Senate, the US Supreme Court upheld the right to carry firearms for self-defence. This is a shot in the arm for powerful gun lobbies, such as the National Rifle Association. The US has a long way to go before effective gun control measures can be ensured.

Sir — A strong earthquake has struck eastern Afghanistan, killing more than 1,000 people and injuring almost 1,500 (“Damage severe in mountainous Paktika”, June 23). Unfortunately, most international aid agencies have been unable to send relief as Afghanistan is controlled by the Taliban, which does not have legitimacy in most countries across the world. India has volunteered to provide humanitarian assistance. One hopes that this will reopen the channels of communication between the two countries.

Sir — The World Health Organization has declared monkeypox as an evolving threat to global health. This step comes after monkeypox cases were detected in more than 50 countries. But WHO’s response is late. Monkeypox has already wreaked havoc in central and west Africa. WHO’s failure to take the disease seriously when it was ravaging the endemic countries will delay the global response to the virus. The lessons learnt during the Covid-19 pandemic must not be forgotten. The health body should be much more equitable in its approach.

Sir — The article, “Rainy days” (June 24), by Sudipta Bhattacharjee rued the plight of the education system owing to prolonged breaks from schools. The West Bengal government recently extended summer vacations in state schools till June 26, citing extreme temperatures. However, most parts of the state started receiving regular rainfall soon after. Physical classes have not taken place for the better part of the last two years because of the pandemic. This has led to a lack of interest in learning among students. The government must think before enforcing such decisions. Students should never be discouraged from attending physical classes.

Sir — More than 10 billion cigarette butts are dumped in landfills in India every year, making it the most abundant form of plastic waste. Not much has been done to contain the pollution caused by cigarette butts, although, in 2020, the National Green Tribunal passed an order directing the Central Pollution Control Board to lay down guidelines for their disposal. But the CPCB is yet to come up with such guidelines.

Sir — World Editorial Day, which celebrates the writers of editorial columns, is observed on June 25. Editorial leaders put forth a newspaper’s views on matters of importance and play a crucial role in a democracy by shaping public opinion. One must make it a habit to read the editorial page on a daily basis.