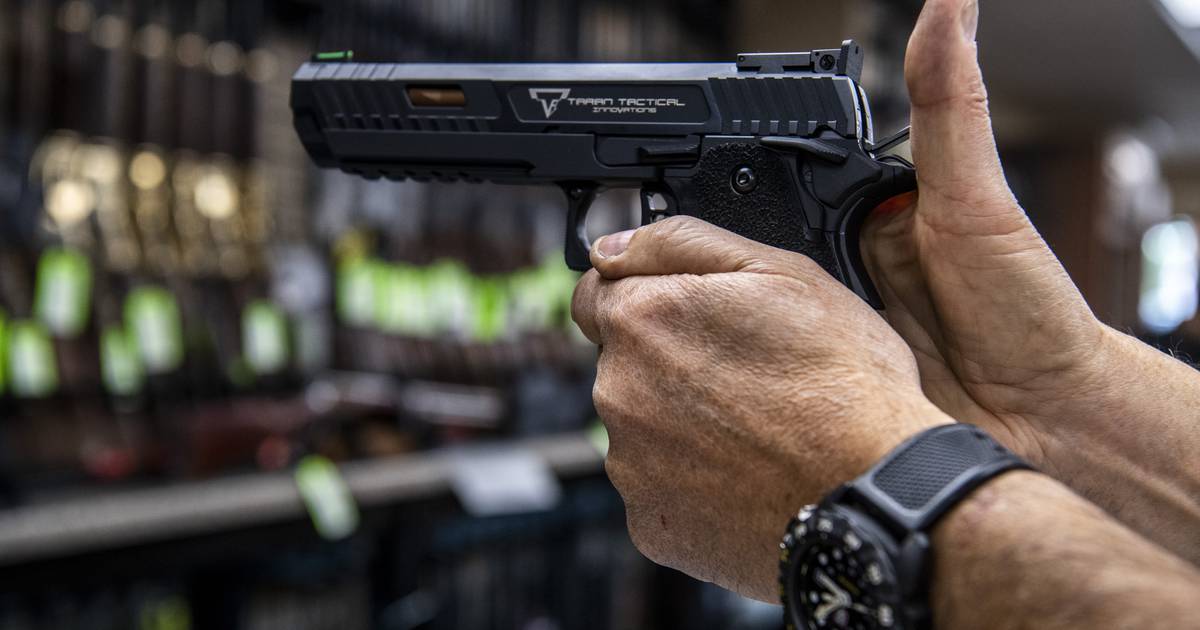 I don’t know about anyone else, but this Marylander always felt a tad safer knowing that my fellow citizens could not walk around with handguns unless the State Police said it was OK.

To get a permit to wear and carry one into the street, a Marylander had to have good reason. That is a reasonable requirement, given that the object being carried out of the house is a loaded firearm and not a rubber spatula.

This concealed carry requirement has been around a long time, hearkening to the days when moderate Republicans (remember those?) and Democrats — really, just about everyone but the gun zealots — thought it unwise to have too many Marylanders roaming around, armed at the hip.

If you had been licensed and trained in the use of a gun and you were, say, the owner of a jewelry store or barber shop and handled a lot of cash (remember cash?) and wanted the gun to fend off would-be robbers, the State Police would likely permit you to carry a handgun. A person might also ask for a permit after being threatened or physically abused.

Some people always hated that the State Police and a handgun review board were arbiters of these requests. But, to most of the law-abiding, gun-leery public, it seemed that Maryland and the few remaining states with this system were merely being prudent for the sake of public safety. What a quaint notion!

With violent crime spiking in the 1990s, and again more recently, the country has been flooded with guns. Baltimore has been gun-infested for years; a lot of the violence comes from the hot end of illegal guns. That made me appreciate all the more the Maryland system of limiting the number of legal guns — and therefore, the total number of guns — on our streets.

Imagine what it would be like to live or work in a chronically violent city with even more of the population packing Rugers and Glocks. Imagine going to a suburban supermarket or cinema and seeing a guy with a revolver on his belt.

For decades, we’ve been spared this frightening sight.

But the modest sense of peace derived from Maryland’s “good cause” requirement might soon vanish.

The Supreme Court last week struck down a New York law similar to ours, saying people have not only a right to own a handgun but to carry one outside their homes. It is unconstitutional, the court claimed, for the state to require a reason.

So mark another victory for the gun lobby, the plaintiffs — in this case, two guys from a low-crime county in upstate New York — and the attorneys who constantly attack reasonable gun laws.

It seems the National Rifle Association, the gun manufacturers and the most zealous gun owners in America will not be satisfied until masses of Americans are walking around with Rugers and Glocks — at work, in restaurants and saloons, at Little League games and yoga sessions, in concert halls and sports arenas. That’s not a hysterical vision. Even after the recent mass shootings, a Marist poll showed that a majority of gun owners believe it’s more important to protect gun rights than to reduce gun violence.

So, given that we’re stuck with a regressionist Supreme Court, the nation’s gun-obsessed have no reason to stop challenging laws intended to make Americans a little safer.

In the 6-3 majority opinion, Justice Clarence Thomas said states have the right to prohibit the carrying of guns in “sensitive areas,” but warned that governments should not go too far with those restrictions. That opens the door for further challenges because, really, where does the Constitution say that the father of a murder victim can’t carry a SIG Sauer P365 into the courtroom where the accused murderer is on trial?

The pessimism you sense is well grounded. The NRA and other groups will never stop fighting restrictions, even reasonable ones like New York’s and Maryland’s.

“Research has found that increased carrying of guns in public is associated with increased gun violence,” Alex McCourt, director of legal research at the Johns Hopkins Center for Gun Violence Solutions, said after the ruling. “The [Supreme Court] disregarded this evidence … Our research demonstrates that making it easier to carry guns in public will result in more gun deaths in New York and across the country in states where similar laws will be challenged.”

Daniel Webster, co-director of the center, says Maryland already has taken some steps that will provide a measure of safety after the effect of the Supreme Court ruling is fully felt.

“Maryland is actually in pretty good shape,” Webster said on Monday. “We already prohibit violent misdemeanants from getting licenses to carry firearms and we have a 16-hour training requirement that includes live fire training.”

Live fire training, on the books since 2013, is an essential safety measure because it allows the State Police to test a person’s accuracy with a firearm. And Maryland can still require that training and test for carrying a gun.

But, given the blind and unrelenting ambitions of the gun lobby, a federal judiciary heavily influenced by Republican Senate leader Mitch McConnell’s obsessive focus on conservative judges and the conservative supermajority on the Supreme Court, it’s hard to see any requirement surviving the legal challenges sure to come. The pessimism you sense is well grounded.

Brian Kemp Slams Stacey Abrams for Something She Didn’t Do — but He Did
Don’t believe the attack ads. I won’t ban birth control — but I will stand up for your rights.
ILA | Supreme Court Signals It May Rein In Federal Rulemakers
ILA | When Seconds Count, the Police are Only Hours Away
Highland Park residents keep fighting for gun control on 1-month anniversary of shooting