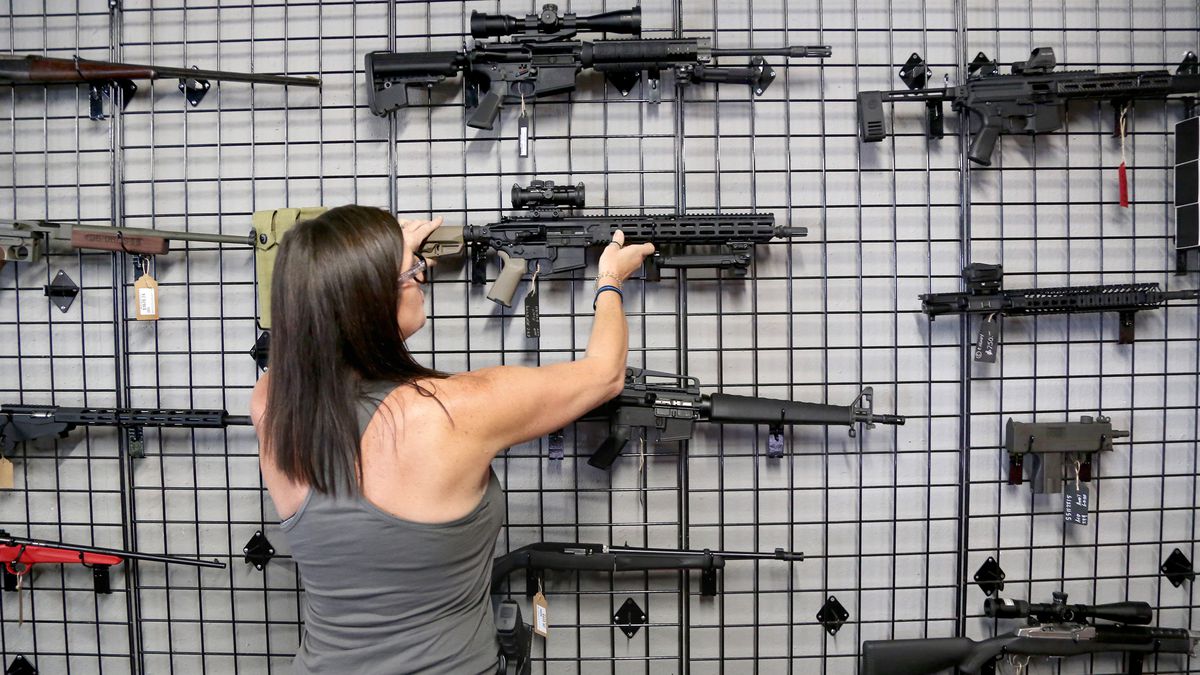 TALLAHASSEE — As they battle over a 2018 Florida law that raised the minimum age from 18 to 21 to buy rifles and other long guns, attorneys for the state and the National Rifle Association are trying to use a new U.S. Supreme Court ruling to bolster their arguments.

The ruling prompted Attorney General Ashley Moody’s office and the NRA to quickly make filings at the 11th U.S. Circuit Court of Appeals, where the gun rights group is challenging the constitutionality of the 2018 Florida law. The appeals court heard arguments in March but has not ruled on the challenge.

The state’s attorneys, relying on previous court rulings, have argued that gun regulations are permissible if they are consistent with the nation’s historical tradition of firearms regulation. Examples of other regulations include preventing felons and certain people with mental illness from having guns.

Senior Deputy Solicitor General Christopher Baum pointed to parts of Justice Clarence Thomas’ majority opinion to support the state’s stance about regulations being allowed if they are consistent with traditions.

“Analogical reasoning requires only that the government identify a well-established and representative historical analogue, not a historical twin,” Thomas wrote.

Florida “has made that showing here,” Baum wrote.

“Those under 21 may be prohibited from purchasing firearms because such restrictions are firmly grounded in historical tradition,” Baum wrote.

The state’s lawyer also highlighted part of a concurring opinion by Justice Samuel Alito, who wrote that the decision in the New York case “does not expand the categories of people who may lawfully possess a gun, and federal law generally forbids the possession of a handgun by a person who is under the age of 18.”

And Baum relied on a separate concurring opinion, which was authored by Justice Brett Kavanaugh and joined by Chief Justice John Roberts, that said the New York ruling decided “nothing about who may lawfully possess a firearm or the requirements that must be met to buy a gun.”

But in supplemental authority also filed Thursday, the NRA’s lawyer argued that the state failed to demonstrate that Florida’s age restriction has a long connection with the past.

“At the time of the founding, no law imposed restrictions on young adults’ ability to purchase firearms. The 19th and 20th century laws cited by appellee (the state) did not impose a burden comparable to the ban because they allowed young adults to purchase at least long guns,” Sweeney wrote.

Get insights into Florida politics

Political editor Emily L. Mahoney will send you a rundown on local, state and national politics coverage every Thursday.

You’re all signed up!

Want more of our free, weekly newsletters in your inbox? Let’s get started.

Explore all your options

The Bruen ruling “rejected a ‘handful of late 19th century (laws)’ as insufficient to establish historical tradition and rejected 20th century laws as lacking ‘insight into the meaning of the Second Amendment,’” Sweeney wrote.

The state has not cited any “historical law treating ordinary, law-abiding young adults like those convicted of a felony or adjudicated as mentally ill — in the context of the right to keep and bear arms or otherwise,” the NRA’s lawyer argued.

“Florida’s age-based ban is not relevantly similar to restrictions imposed after due process. It is inconsistent with Bruen,” Sweeney wrote.

The NRA immediately filed a lawsuit, arguing, in part, that the state age restriction infringes on Second Amendment rights of young adults, who are authorized to use weapons when they serve in the military or in law enforcement.

Chief U.S. District Judge Mark Walker upheld the law last year, saying that he was following legal precedents. Walker, however, also described the case as falling “squarely in the middle of a constitutional no man’s land.” It remains unclear when the 11th U.S. Circuit Court of Appeal will rule in the NRA’s appeal of Walker’s ruling.