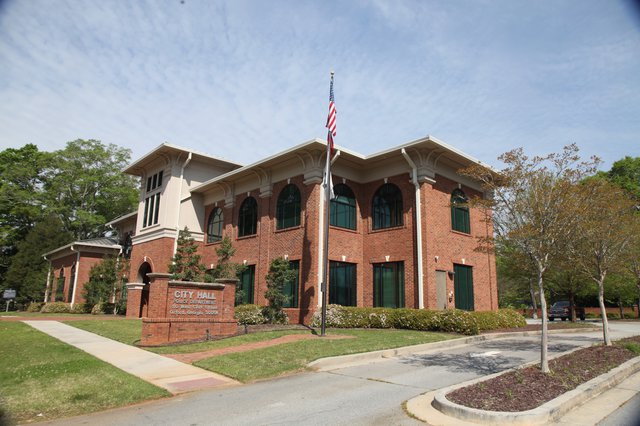 OXFORD, Ga. — Oxford City Council has approved a resolution that seeks to “improve” recent state and federal laws regarding firearms “without infringing on constitutional rights to bear arms” in reaction to recent mass shootings in Texas and New York state.

The resolution stated that Oxford’s mayor and city council support state and federal elected officials “in writing and passing stricter laws regarding the purchase and license of automatic weapons, semi-automatic weapons and large capacity magazines.”

The resolution states there are “insufficient resources at all levels to deal with mental health issues” and “we want to support police officers.

“Depending on a good person with a gun is not adequate protection” while “arming teachers and school officials” and “fortifying our schools” are “not adequate,” according to the resolution.

However, “we also want to safeguard the right to life, liberty and the pursuit of happiness while supporting basic Second Amendment rights to bear arms,” the resolution stated.

The resolution stated Oxford leaders wanted buyers and owners of automatic weapons, semi-automatic weapons, and large capacity magazines to be at least 25 years old and subject to a waiting period of three months before taking possession of the weapon.

They also should pass a safety course and be licensed to operate these weapons; be required to renew licenses and background rechecks at least every five years; and be required to have liability insurance.

Oxford Mayor David Eady said the resolution was a reaction to the mass shootings in Uvalde, Texas, and Buffalo, New York, in which 18-year-olds shot and killed 21 students and teachers at an elementary school and 10 supermarket shoppers.

“We were devastated by the continuing headlines and visuals of mass shootings, in particular this year,” he said. “We wanted to just urge state and federal elected officials to take action on common-sense regulation of semi-automatic and automatic weapons and high-impact magazines.”

He said legislation passed by the U.S. Senate recently “doesn’t really speak to those things” but does address some mental health issues.

“We want to support what the science says about brain development. Giving an 18-year-old a weapon of war doesn’t make sense,” Eady said.

The National Rifle Association has spoken out against some of its provisions, like support for “red flag laws,” which allow courts to suspend a person’s access to guns if they are deemed a threat to themselves or others.

However, other parts of the bill, including those that deal with violence prevention and mental health, have attracted less controversy.

The bill would also require those under 21 who want to purchase a firearm to undergo a background check that takes into account a review of juvenile and mental health records, the Virginia Mercury reported.

Eady said he did not feel the Oxford council resolution was a political statement in an election year.

“I can tell you this is nonpartisan,” he said. “There’s nothing inherently Republican or Democrat about doing what makes sense to avoid tragedies like you saw in Uvalde.”

Ron Porter: Cutting the deadly threads is difficult
Democrats Say ‘Assault Weapons Ban’ Likely Doesn’t Have Enough Votes to Pass Senate
Biden Targets Anyone Who Has Ever Bought a Semiautomatic Weapon: ‘No Social Redeeming Value’
The question is not, ‘What is it about Colorado?’ | John Moore | Arts & Entertainment
Biden Says He’ll ‘Count Votes’ For Assault Weapons Ban