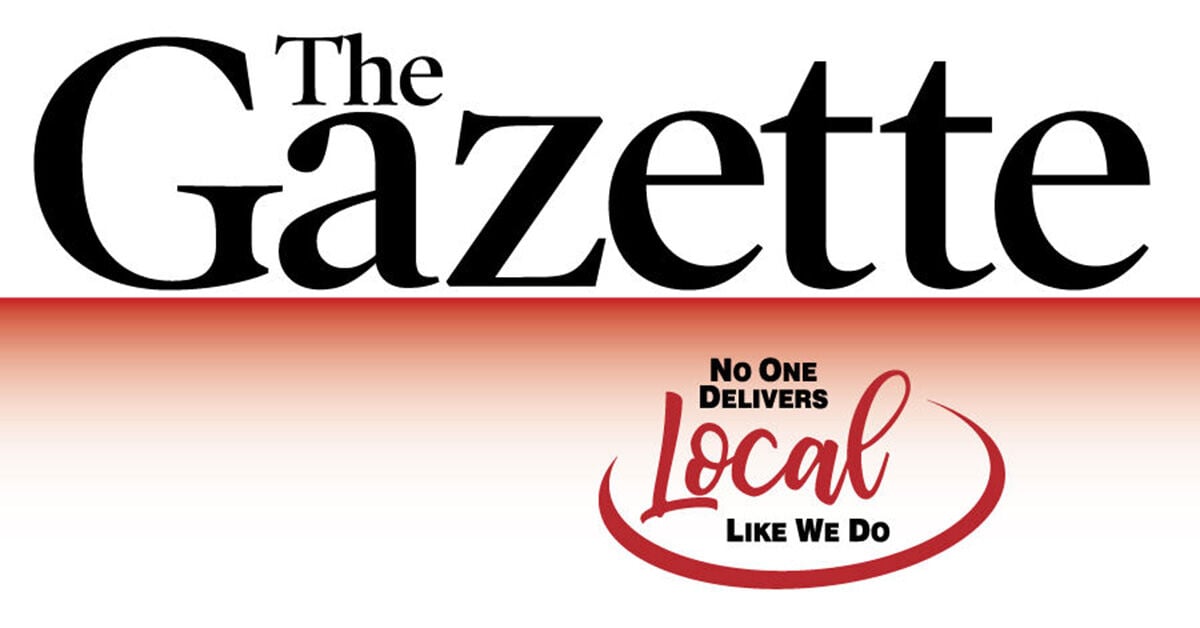 Families of children and teachers killed in last month’s Texas school massacre face a formidable legal battle if they decide to sue the gun-maker whose AR-15 semi-automatic rifle was used in the attack.

That doesn’t mean they can’t win.

Their main challenge would be overcoming the Protection of Lawful Commerce in Arms Act, a 2005 federal law designed to defend gun-makers from civil claims when their products are used to kill people. Until a few years ago, PLCAA was widely assumed to shield the industry from suits over mass shootings and other acts of violence.

In recent years, rulings in Connecticut, Indiana and Pennsylvania have shifted that assumption, and Texas could be next.

“There is now significant case law from around the country that PLCAA does not give gun companies sweeping immunity from lawsuits, and that gun manufacturers and dealers can be liable in numerous cases,” Jonathan Lowy, chief counsel at the Brady Campaign to Prevent Gun Violence, said in an interview.

The families of victims of the mass shooting at an elementary school in Uvalde, Texas — some of whom have asked for information from the gun-maker, signaling litigation ahead — “potentially have a very strong claim,” Lowy said.

The political debate since the May 24 mass shooting in Uvalde and another one 10 days earlier at a supermarket in Buffalo, New York, has focused on modest bipartisan gun control measures in Congress, which culminated in a bill President Joe Biden signed into law on Saturday. But that advance for gun control advocates was overshadowed by a June 23 landmark Supreme Court ruling that may lead to more firearms on the streets of big cities.

There is no viable effort underway to amend or scrap PLCAA, which is guarded by the National Rifle Association and the Republican Party. Even if lawmakers somehow managed to do away with it, many states have similar laws on the books. That leaves it to the courts, for now, to determine if the industry’s behavior is legal.

The central question is whether criminals who use guns are solely responsible for their acts or whether firearms-makers share some blame as a result of their marketing and distribution practices.

Judges broadly interpreted PLCAA for years after it was signed into law, discouraging lawsuits, said Kristina Infante, a Miami lawyer. Her firm has a suit pending against Smith & Wesson Brands Inc. over the 2018 shooting at Marjory Stoneman Douglas High School in Parkland, Florida, where 14 students and three staff members perished.

“All kinds of private companies commit acts of negligence and create defective products that harm people,” Infante said. “But legislatures have seen fit to offer these special protections only to gun manufacturers and set them apart from every other type of corporate defendant in the county.”

The federal shield law is a crucial protection against an “unholy alliance” of gun control advocates and plaintiff’s attorneys out to bankrupt the industry, said Lawrence Keane, a senior vice president at the National Shooting Sports Foundation, a trade group that helped write the law and lobbied for its passage. “The Second Amendment becomes an illusion if there’s no industry to make firearms,” he said.

Keane said the statute was passed in response to politically motivated public nuisance lawsuits being filed against the industry in the late 1990s and early 2000s by big cities across the U.S.

PLCAA “simply codifies basic bedrock principles of American jurisprudence in tort law — that manufacturers of legal, nondefective, lawfully sold products are not liable for the subsequent criminal misuse of those products by remote third persons over whom the manufacturer and seller has no control,” he said. “Nobody would blame a knife manufacturer if somebody used a knife to stab somebody.”

The NSSF filed a brief in support of Remington Arms Co.’s Bushmaster after the 2012 mass shooting at Sandy Hook Elementary School in Newtown, Connecticut.

Remington’s lawyer in the Sandy Hook case didn’t respond to a request for comment on gun control and the shield law. The NRA had no immediate comment.

The key for plaintiff’s lawyers is to fit their claims within exceptions to PLCAA, which doesn’t protect gun-makers from illegal conduct under state laws. What exactly constitutes illegal conduct is in contention.

“The court systems in these states are laboratories of justice,” Infante said. “In Connecticut there was some success. It needs to be seen what the Florida courts do with similar claims. And now the Texas courts will have an opportunity to weigh in as well.”

For Uvalde families, the best template may be the litigation over Sandy Hook, where an AR-15 was used to gun down 20 kids and six staff members. The families that sued Remington alleged PLCAA didn’t bar claims that it engaged in wrongful marketing under state law by creating combat-style ads encouraging civilians to carry out offensive missions against “perceived enemies.”

The gun industry suffered a stinging setback in the case in 2019 when the Connecticut Supreme Court found that PLCAA didn’t trump the state’s right to regulate advertising practices, a first-of-its-kind ruling that surprised legal experts and put the industry on notice that its marketing practices could expose it to massive civil liability.

“Forces of opposition bow down,” read one of the Remington ads that undermined the company’s PLCAA defense. “You are singlehandedly outnumbered.” Another, featuring a black AR-15 against a stark white background, declared: “Consider your man card reissued.”

The justices wrote that “the regulation of advertising that threatens the public’s health, safety and morals has long been considered a core exercise of the state’s police powers.” They added that the families didn’t need to have a business relationship with a company to sue.

“It was a significant ruling because it shattered a perception of invulnerability that the gun industry seemed to enjoy,” Josh Koskoff, the lawyer for the Sandy Hook families, said in an interview.

The ruling set the stage for an explosive trial in the lower court. Then Remington filed for bankruptcy protection, putting the case on hold. In February, the families secured a settlement from Remington’s insurers for $73 million, the maximum amount under the gun-maker’s policies.

“The insurance companies took a look at the evidence and decided what Remington did was indefensible and that the damages would most likely be over a billion dollars” if the families won at trial, Koskoff said.

The result was “a huge step forward because every state has a consumer protection law,” said Connecticut Attorney General William Tong, a gun control advocate who was a state representative when the Sandy Hook attack took place.

Another potential landmark case has been grinding away in Gary, Indiana, for more than two decades. The city sued the biggest firearms manufacturers in the U.S. in 1999, alleging they were liable for rampant gun violence in the community because they had knowingly flooded it with products designed to kill.

Gary claims the companies sell their guns through dealers who are often corrupt or irresponsible, violating Indiana’s public nuisance and federal firearms laws. The city also alleges negligent marketing, saying the companies fail to tell buyers that the weapons are likelier to be used against them than by them in their defense.

The manufacturers argued the suit was “an unlawful attempt to regulate firearms.” The state appeals court wasn’t swayed. The case is finally moving toward a trial. If Gary prevails, PLCAA could be weakened further by exposing gun companies to more types of claims under exceptions to the law.

“In some ways the case is bigger than the Connecticut case, because it’s against every gun manufacturer, while the Sandy Hook case was against just one that went bankrupt,” said Lowy, the Brady Campaign lawyer, who has worked on the case for years.

Yet another suit that could chip away at PLCAA is pending in Pennsylvania, where an intermediate appeals court in 2020 ruled outright that the law is unconstitutional. The 2016 suit was brought under the state’s product liability law by parents of a 13-year-old boy who was accidentally killed by another child. They allege Springfield Armory negligently failed to include a century-old feature on the gun that would have prevented it from firing when the magazine was removed.

A decision by a larger panel of the appeals court is pending. If the 2020 ruling is ultimately upheld by the state’s highest court, gun companies would be barred from using PLCAA to defend themselves against suits in Pennsylvania.

Koskoff, the lawyer behind the Sandy Hook case, was hired by multiple Uvalde families to investigate a possible claim against the gun-maker. He sent a letter to Daniel Defense on June 3 asking it to preserve its communications with the Uvalde shooter as well as all information about its marketing of the weapon to teenagers. The company hasn’t responded, Koskoff said.

New York, whose restrictions on concealed carry permits were struck down in last week’s Supreme Court decision, recently overcame a challenge to a 2021 law the state passed authorizing it to sue manufacturers over some gun violence and establishing liability for the improper sale or marketing of firearms. New York Attorney General Letitia James argued that PLCAA represented an effort to “usurp” state power.

Glock Inc., Smith & Wesson and other gun-makers, along with trade groups, sued New York, alleging the law violated PLCAA. In May, a federal judge in Albany dismissed the case, ruling that the law properly restricts gun-makers’ marketing — placing it squarely within an exception to the federal shield.

Sign up for our Daily Update & Weekend Update email newsletters!

Get the latest news, sports, weather and more delivered right to your inbox.