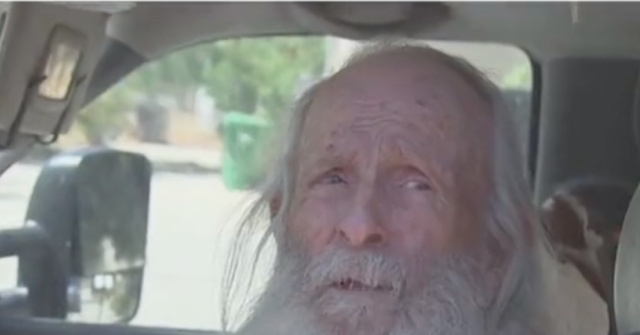 The 93-year-old Moreno Valley, California, resident who shot an alleged intruder Wednesday said the suspect walked into “a gunfight with a pocket knife.”

In an ABC News video, the 93-year-old homeowner, Joe Howard Teague, explained what led up to the shooting.

Teague indicated more than one suspect was trying to break into the home and he grabbed his gun and “approached them to put them under citizen’s arrest.”

He said, “They wouldn’t adhere to that and one of them come at me with a fishing pole and they kept throwing stuff at me, just like, you know, it was like somebody comes to a gunfight with a pocket knife.”

In a dangerous world, the Second Amendment saves lives.

No one has done more for gun and self-defense rights than the NRA. We’re proud of that!!! pic.twitter.com/DtLQpv1Im8

ABC News reports that Teague is a retired plumber.

He called 911 at 12:30 a.m. Wednesday to let police know he had suspects at gunpoint. Deputies arrived to find that one of the suspects, 33-year-old Joseph A. Ortega, had been shot. He was taken to the hospital in critical condition.

Investigators indicate there were, in fact, “several individuals” on Teague’s property when Ortega was shot.

Teague was questioned by police, then released.

Illinois Dems’ action on assault weapons doesn’t match rhetoric
Where is the Republican courage on banning assault weapons?
Biden to stay ‘laser focused’ on legislative accomplishments amid Trump investigations
Our Vote is our Bullet | Letters to the Editor
ILA | When Seconds Count, the Police are Only Hours Away