Over the 4th of July weekend, we had yet another mass shooting where pro-gun control Democrats run things… Highland Park, IL.

The Mayor of Highland Park is Nancy R. Rotering, and she’s not only a Democrat, she’s a stridently anti-gun, pro-abortion Democrat who’s in the middle of her third term.

Here’s a portion of one of her campaign websites:

After the Sandy Hook tragedy, Nancy led the effort to ban military-style assault weapons in Highland Park. The NRA challenged the law in federal court and appealed all the way to the US Supreme Court, where Nancy and the people of Highland Park prevailed.

Nancy Rotering was a member of the Board of Directors of Planned Parenthood of Illinois and the Illinois Women’s Institute for Leadership Training Academy until she resigned to run for Supreme Court Justice.

The emphasis above is original. 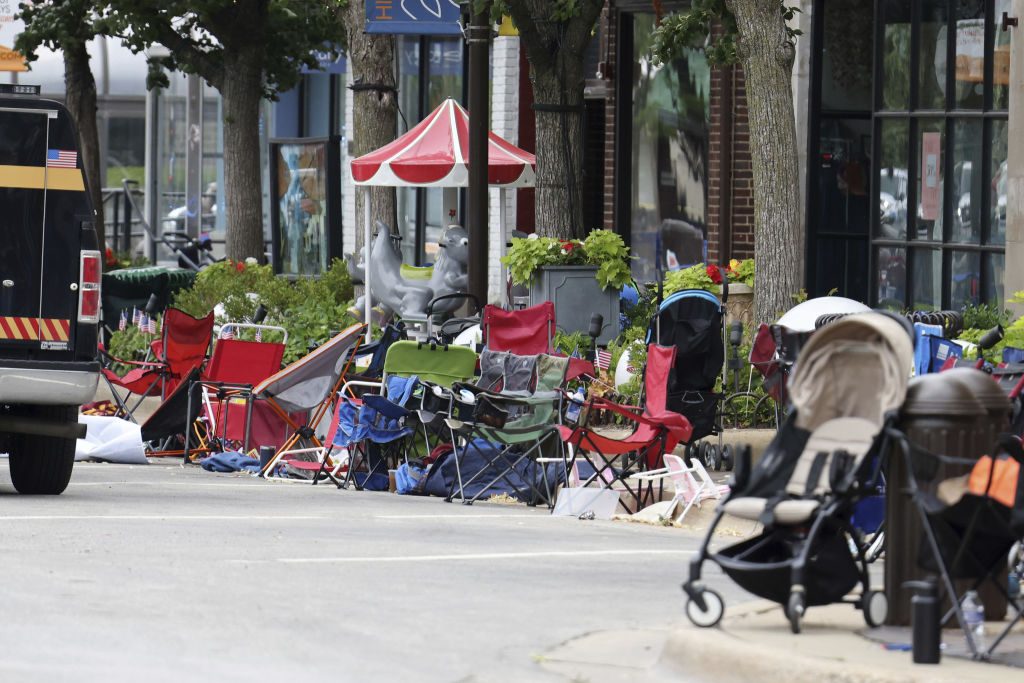 People’s belongings sit along the parade route after people fled the scene in Highland Park, Illinois, on Monday, July 4, 2022, after a shooter fired on the Chicago suburb’s Fourth of July parade. (Brian Cassella/Chicago Tribune/Tribune News Service via Getty Images)

Highland Park is located in the state of Illinois, which, according to the anti-gun nuts of Everytown, is the state with the sixth-most toughest gun laws in the country. This includes red flag laws, waiting periods, blah, blah… Here’s the list…

How’s that working out for you?

And this comes just a few weeks after a group of U.S. Senate Republicans sold their soul to pass a bunch of anti-gun laws that won’t do any good—which is the worst sin of that entire fiasco.

Mass shootings are a complicated problem, including unchecked mental illness. But in many cases, these tragic massacres are the result of a broken culture (especially where Democrats run things). One thing these awful events are not is indicative of a gun problem.

No amount of laws will stop someone eager to commit mass murder from acquiring his murder weapon—the least of their intended crimes.

All these laws do is punish the law-abiding for something someone else did. It’s like giving me a traffic ticket if my neighbor runs a red light. 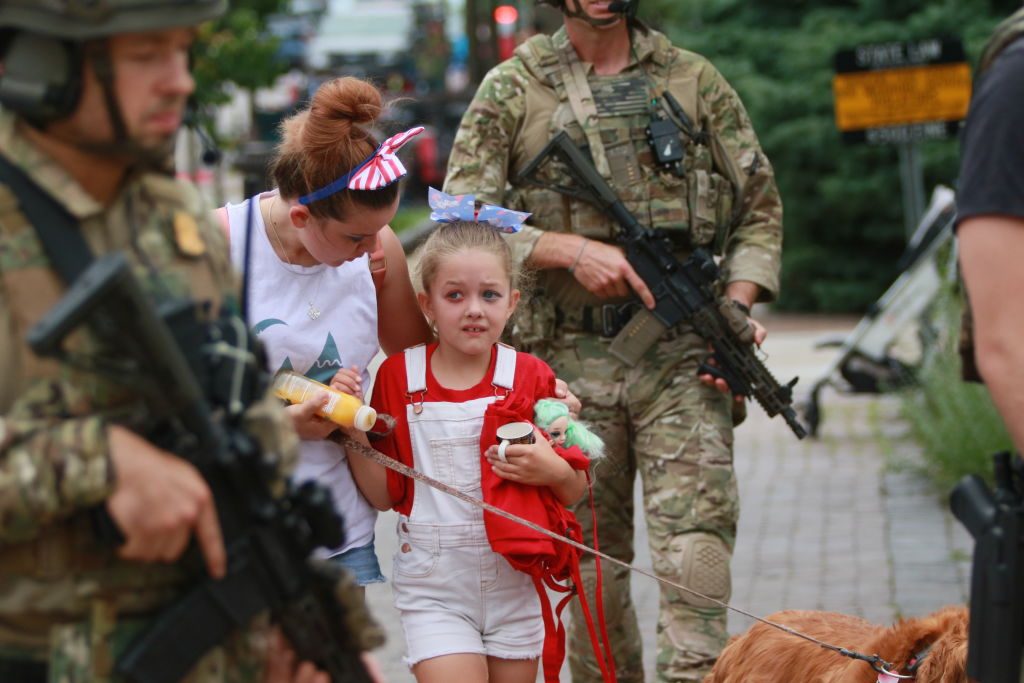 Law enforcement escorts a family away from the scene of a shooting at a Fourth of July parade on July 4, 2022 in Highland Park, Illinois. (Mark Borenstein/Getty Images)

So, I’m just telling you that out here in MAGA Land, even though we all own guns, we don’t have a gun violence crisis. Part of the reason is that, yes, we all own guns. If someone tries to shoot up a church or Walmart or parade out here, he knows he’s not going to get very far before a dozen guns are firing back at him.

The other reason is cultural. We have our problems in MAGA Land, sure, but we don’t breed narcissistic nihilists at anywhere near the rate you see in left-wing cultures. We’re not a seething cauldron of anti-gun, pro-baby-killing, Gaia-worshiping, humans-are-the-problem sociopaths.

We’re not perfect, but we do value God and, therefore, life.