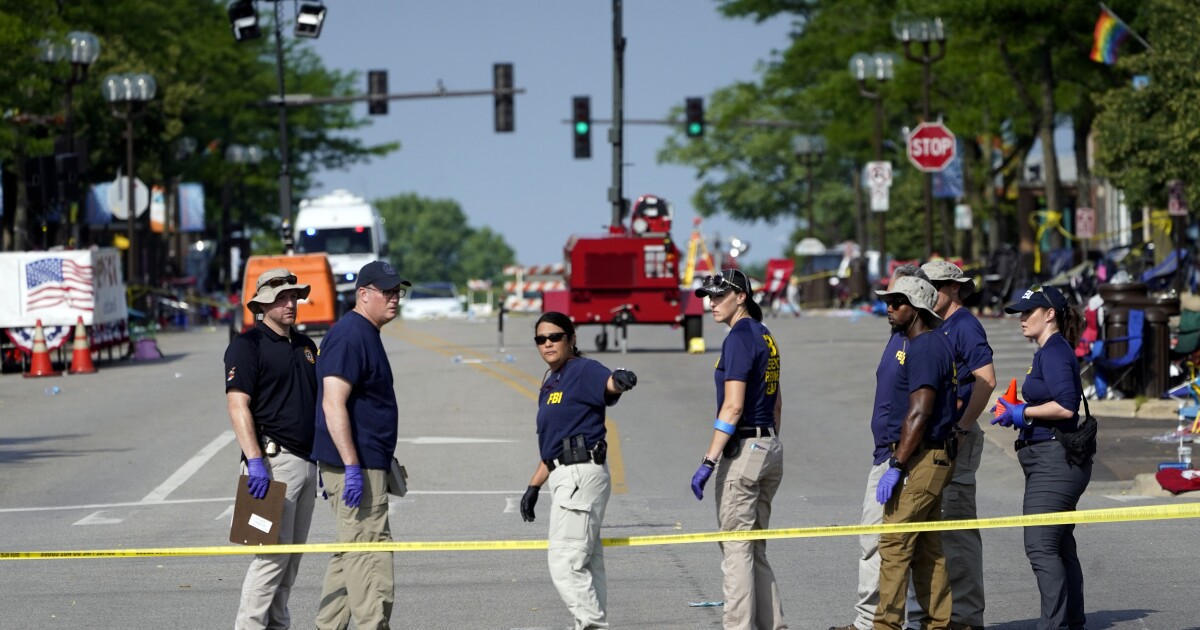 The deadly July 4 attack in Highland Park, Ill., underscores how a cherished Constitutional right is under attack — the 1st Amendment right to peacefully assemble.

Even before this most recent shooting, it had become dangerous to congregate in public. In dozens of incidents across the United States, counterprotesters armed with assault weapons and other firearms have disrupted demonstrations concerning everything from abortion to vaccine mandates to police brutality.

These disruptions are about to get worse. Because of the recent Supreme Court ruling in New York State Rifle & Pistol Assn. vs. Bruen, states like California are going to be forced to issue concealed weapons permits to many more individuals. California, like New York, will change from a state that “may issue” concealed weapon permits to one that “shall issue” such permits to most adults without felony records.

A pressing challenge for state governments is to reconcile an expanded 2nd Amendment “right to bear arms” with the 1st Amendment’s “right of the people peaceably to assemble.”

One promising approach is for states to follow the lead of Alabama and Maryland and prohibit all citizens from carrying weapons to demonstrations, protests or licensed public gatherings. New York last week did just this, designating as a “sensitive location … any public sidewalk or other public area restricted from general public access for a limited time or special event that has been issued a permit for such time … provided such location is identified as such by clear and conspicuous signage; [as well as] any gathering of individuals to collectively express their constitutional rights to protest or assemble.”

Blanket prohibitions of guns from all demonstrations and protests face both legal and political obstacles. Legally, it is still not clear that the current conservative majority on the Supreme Court will find such government restrictions on the right to bear arms to be constitutional. After the court’s recent ruling, the question will be whether the restriction is sufficiently analogous to historical examples. Politically, some state legislatures may be wary about prohibiting the bearing of arms from each and every demonstration. Open carry might be seen as a form of expression or a needed form of self-defense.

However, states have another way forward. When states and local governments grant permits to private individuals and organizations for gatherings on public land (marches on streets, demonstrations in parks, or festivals in plazas, for example), in a sense the government gives the permit holder some special, time-limited control over the event in order to promote the 1st Amendment rights of free expression and peaceful assembly.

Those governments could allow the organizers of public gatherings to decide whether they want their events to be temporary gun-free zones. Under this approach, all public assemblies — demonstrations, protests, marches, and yes, Independence Day parades — by default could be temporarily gun free. But the person seeking a permit for an event would be given the option of checking a box to indicate that firearms would be allowed.

A no-guns default would powerfully respond to the problem of counterprotesters openly carrying firearms to disrupt an event. For example, the Proud Boys could not openly carry assault weapons to intimidate others if event organizers want their demonstration to be gun free. Law enforcement would enforce this choice. So the NRA could march with guns at their own event, but guns would be presumptively banned at other events.

Putting the permittee in charge of the decision is likely to pass constitutional muster, because any gun ban would result from private rather than government restriction. It is also in keeping with our tradition of allowing event organizers to choose which types of people are allowed to be in attendance.

Another way to put the permittee in charge would be to say that all demonstrations by default permit guns unless the permittee checked a box to prohibit guns. But a “no guns” default is better, in part because not all demonstrations are officially sanctioned by the permit process. A no-guns default, like the New York statute, would cover these gatherings as well. The choice of demonstrators to forgo seeking permit approval can be interpreted as the group’s willingness to be gun free. Groups that want to have guns at their events would need to seek a permit and thereby give the police a useful forewarning.

Default choice matters. Everyone agrees that landowners should decide whether a guest is permitted to bring guns onto their property. But until last week every state in the country said that by default customers could bring concealed weapons into stores unless the store owner explicitly objected. New York changed that by changing the default. Landowners still get to decide. But now by default guests in New York may not carry concealed weapons onto someone else’s property unless the property owner explicitly says that firearms are welcome. States should create a similar default for assemblies on public land.

Banning guns by default from demonstrations is not a panacea. Such a ban would not have stopped the Highland Park shooting. But it can avoid the combustible confrontation of armed antagonists that all too often risks escalating to violence.

As states scramble to respond to the Supreme Court’s radical expansion of 2nd Amendment rights, a good place to start is to better protect other foundational rights. The right of the people to peaceably assemble is an important counterweight to the new, gun-toting reality.

Ian Ayres and Fredrick Vars are law professors at Yale University and the University of Alabama, respectively, and co-authors of the book “Weapon of Choice: Fighting Gun Violence While Respecting Gun Rights.”