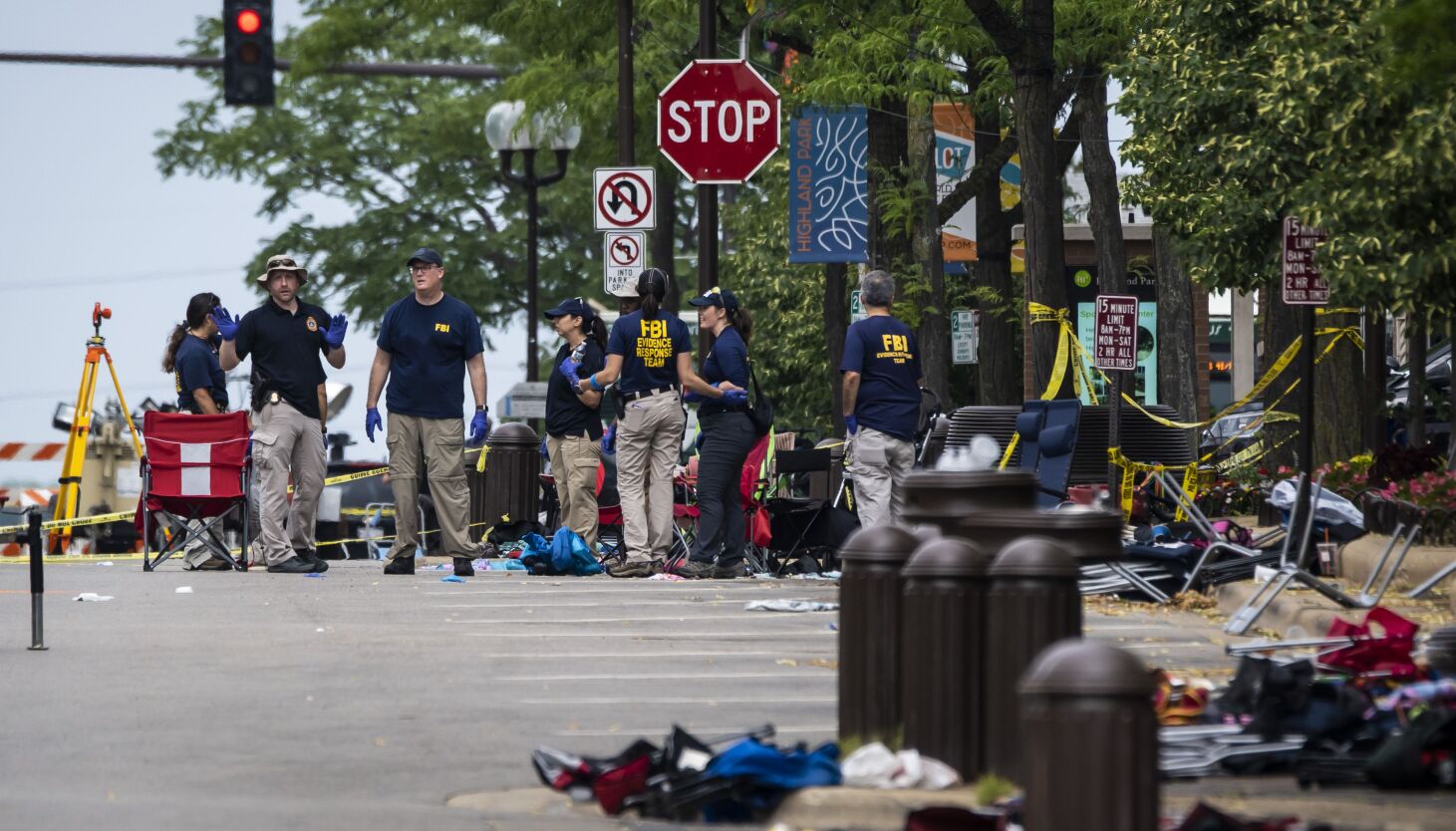 The tragedy that unfolded during Highland Park’s Fourth of July parade is unimaginable.

But I have to say, the gunfire that erupted in the affluent northern suburb Monday should be an eye-opener to those Illinoisans and other Americans who keep complaining that these mass shootings are just a Chicago problem.This incident is proof that gun violence is not just a problem in Chicago or Cook County.

Authorities said the suspected gunman had used a high-powered rifle in the bloodbath, which is why he was able to shoot so many people in such a short amount of time. Assault weapons need to be banned. They are only good for these kind of shootings. Hopefully, this will be a wake up call for things to change in this country.

SEND LETTERS TO: letters@suntimes.com. We want to hear from our readers. To be considered for publication, letters must include your full name, your neighborhood or hometown and a phone number for verification purposes. Letters should be a maximum of approximately 375 words.

No one would ever have thought that this would happen in a suburb with multi-million dollar homes. Little changes when these kind of shootings happen in Black communities. But now that it’s happened in a community that is mostly white and affluent, let’s see if things will change now.

Country need to cut the cord with the NRA

Given recent events, I can only hope that one day America will declare its independence from the NRA.

When the Kyle Rittenhouses of the world are acquitted on all charges and afterward invited by the ex-president to visit him at his luxury resort and military style weapons are made more and more available to just about anyone who wants them, these mass shootings are only going to get worse. We are teaching those who may have leanings toward this kind of behavior that there are no consequences for their actions. In fact, they are now being hailed as heroes, well at least at Mar-a-Lago, where this kind of behavior is encouraged and applauded.

Watching the endless string of mass shootings from the Netherlands, I have become convinced that Americans must secretly enjoy this form of barbaric entertainment. This is born out by the fact that a significant (read: whopping) percentage of U.S. citizens rejects gun laws in the name of freedom and assault weapons, long since shown to be a complete (and perverted) misinterpretation of the Constitution. Do not mind me. Please go on killing each other and arguing the pros and cons instead of taking action. Hollywood goes viral. The streets have become the Roman amphitheater.

Chuck Haga: We care, fret and worry. But what are we supposed to do? – Grand Forks Herald
[Martin Schram] Police chiefs dial 911 — law-and-order pols need to answer
ILA | On Crime, We Know What Works
Distracted driving; blood on their hands; fossil fuel protests; old format option
Democrats push firearms purchasing ban for people who voluntarily give up their 2A rights