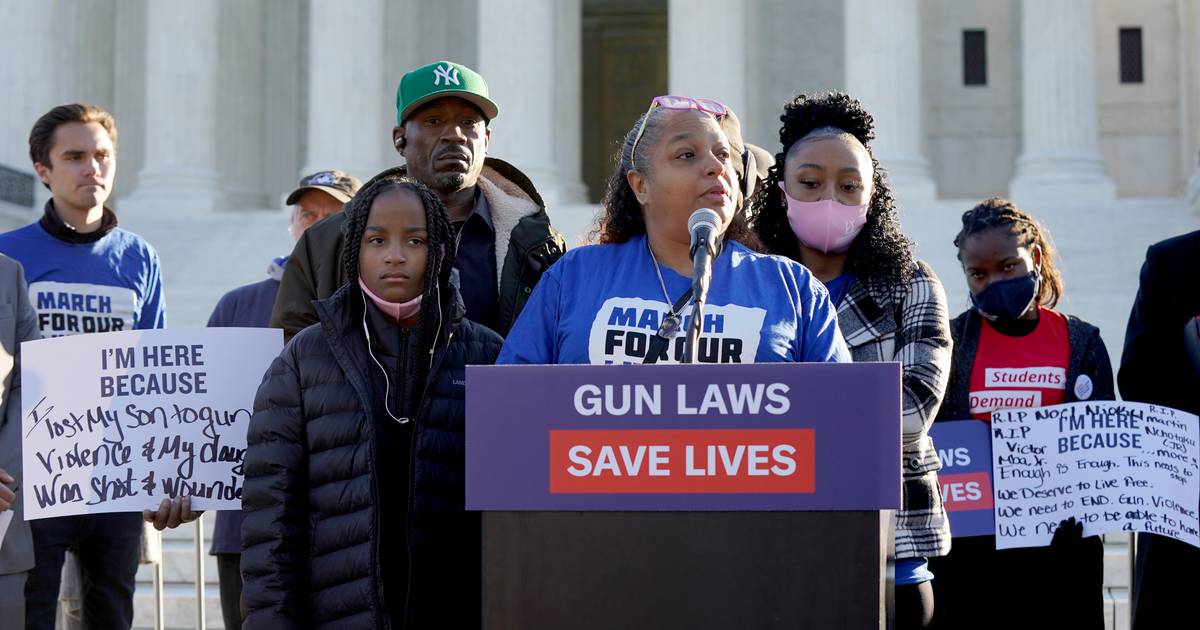 On June 23, the U.S. Supreme Court ruled, in a 6-3 vote in New York State Rifle & Pistol Association v. Bruen, found that Americans have a right to carry firearms in the street for self-defense, striking down a New York gun law that required applicants to justify why they needed to carry a concealed handgun. We believe it was a bad call, a narrow view of the Second Amendment that ignored both its “well regulated Militia” language and decades of legal precedent. But it was also the conservative court’s mistake to make.

As it happens, Maryland has strikingly similar language in its own gun laws requiring “good and substantial reason” for a handgun owner to be allowed a wear and carry permit. And so, as explained in the six-page opinion issued Wednesday, by Patrick B. Hughes, chief of opinions and advice within the Maryland Office of the Attorney General, the state can no longer enforce that particular prerequisite but can continue to enforce other requirements of applicants, such as background checks and gun safety training.

“Maryland’s ‘good and substantial reason’ requirement is now clearly unconstitutional, based on controlling Supreme Court precedent,” Mr. Hughes wrote. “Thus, the Department [of State Police] is not required to continue enforcing — and, in fact, may not continue to enforce — the “good and substantial reason” requirement in processing public-carry permit applications.”

Gov. Larry Hogan may have been slightly quicker to pull the trigger — calling for Maryland State Police to amend its permitting process a day earlier, on Tuesday — but he appears to have been on appropriate legal ground.

What’s been more instructive, however, has been the reactions of the various candidates for public office, who have revealed a nearly uniform split down party lines. Republicans are happy to see the concealed carry requirement repealed, and Democrats are vowing to revisit the issue in after the November election. Meanwhile, early voting runs July 7 through July 14 so the timing is a little bad all the way around.

Reasonable people can disagree on the specifics of how firearms should be regulated, but we should all agree on some kind of regulation. Even on Capitol Hill, the recent spate of outrageous mass shootings having not gone entirely unnoticed by Republicans. Congress members on both sides of the aisle recently approved, and President Joe Biden signed into law, some modest reforms involving red flag laws, expanded background checks and greater restrictions on domestic abusers. But it does not yet appear the leading Republican candidates for governor in Maryland are especially interested in acknowledging a problem.

The National Rifle Association and its followers would have us believe that the solution to gun violence involves further arming “good guys,” despite the considerable evidence that more guns on the streets equals more gunfire on the streets — not to mention more people shooting themselves (suicides greatly outnumbering homicides in the U.S.). But those who bow and scrape to the NRA should not expect to find much political traction here. Even Governor Hogan, who could once claim an A-minus NRA rating, declined to take campaign contributions from the group during his last reelection campaign.

So why not take this moment to at least have a more comprehensive, more thoughtful and less partisan and reactionary public conversation about how best to get firearms off the street? Even the Democrats aren’t offering clear ideas on what their proposals might look like come January, when a newly elected General Assembly is seated.

What might a broader campaign to reduce gun violence look like? How we can save lives that are imperiled today — not just on the meanest of street corners, but in schools, at holiday parades, in supermarket parking lots and in every community in this nation drowning in guns? The Supreme Court’s Bruen decision is a setback, but it can’t be the final word on preventing the next Uvalde, the next Highland Park, the next Buffalo, the next Newtown, the next Las Vegas, the next Orlando and on and on.

We need all of our leaders engaged on this issue.

Baltimore Sun editorial writers offer opinions and analysis on news and issues relevant to readers. They operate separately from the newsroom.