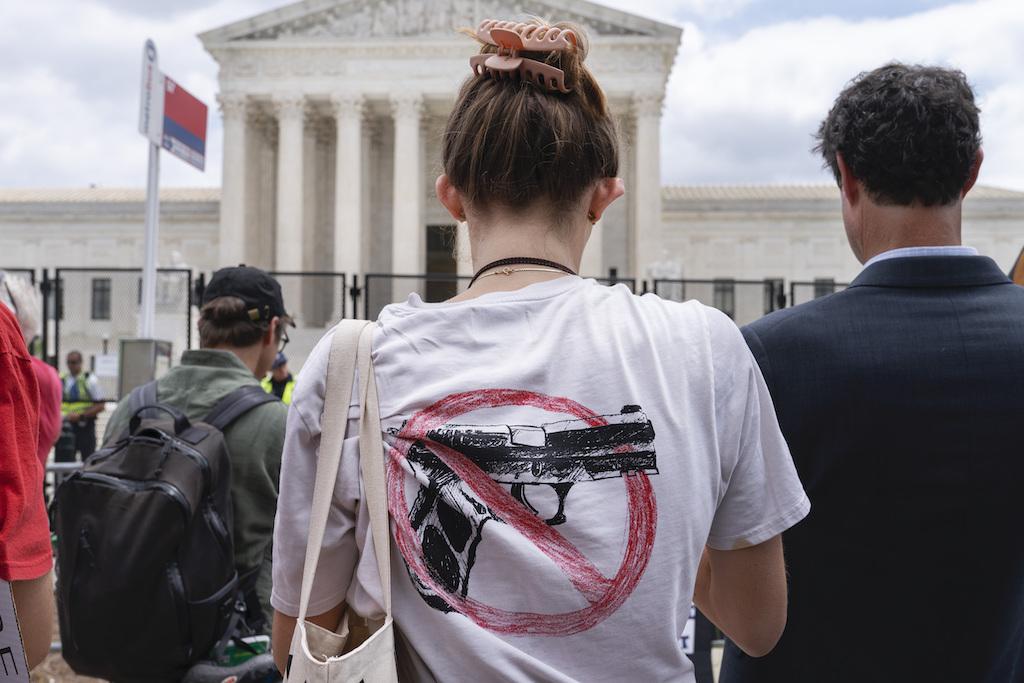 Mayor Jim Kenney of Philadelphia said the quiet part out loud during his unprompted commentary on the shooting during the city’s traditional Benjamin Franklin Parkway Fourth of July celebrations. An insensitive coda set reporters and potential candidates for mayor pouncing on Kenney, but what got ignored in the pile-on was the truth-telling about the mayhem that communities will continue to face after the Supreme Court struck down New York’s concealed-carry laws.

“We live in America, we have the Second Amendment, and we have the Supreme Court of the United States telling everybody they can carry a gun wherever they want,” Kenney said. “It’s like Dodge City. We have to come to grips with what this country’s about right now. We had a beautiful day out there except for some nitwit, either shooting from a window or shooting from somewhere, who has a gun and who probably shouldn’t have had it.”

But Kenney, a term-limited Democrat who has served as Philadelphia’s mayor for eight years, did not put a period there. He went on to mention that he would be “happy” when he is no longer mayor and “can enjoy some stuff” like the public events he now dreads, forgetting that two police officers were wounded during the shooting, which sent hundreds of people scattering in panic. And, so, on July 5, a nearly 600-word apology from the contrite chief executive appeared on the City Hall website.

The Parkway event was only one of a number of Fourth of July festivities marred by gun violence. Seven people died in the Highland Park massacre, including the mother and father of a toddler found alone after the atrocity.

Throughout modern Anglo-American history, the right to keep and bear arms in public has traditionally been subject to well-defined restrictions governing the intent for which one could carry arms, the manner of carry, or the exceptional circumstances under which one could not carry arms. But apart from a handful of late-19th-century jurisdictions, the historical record compiled by respondents does not demonstrate a tradition of broadly prohibiting the public carry of commonly used firearms for self-defense. Nor is there any such historical tradition limiting public carry only to those law-abiding citizens who demonstrate a special need for self-defense. We conclude that respondents have failed to meet their burden to identify an American tradition justifying New York’s proper-cause requirement … the proper-cause requirement is therefore unconstitutional.

Thanks to the Court’s elevation of American historical tradition, a not-so-sleight-of-hand that appears to have supplanted stare decisis, gun regulation is that much looser in New York, California, the District of Columbia, Hawaii, Maryland, Massachusetts, and New Jersey—where presumably lawmakers are at their wits’ end trying to determine how they can limit firearm proliferation.

Like Mayor Kenney, many Americans associate “Dodge City” and other historic Western towns with rampant lawlessness and vigilante justice, which is becoming the defining image of America abroad after Buffalo, Uvalde, and Highland Park. But some Old West stereotypes owe quite a bit to Hollywood Western fantasies. Some Western towns did attempt to regulate guns. To help attract new residents, Dodge City, Kansas, prohibited carrying guns after its incorporation in 1878. Tombstone, in what was then Arizona Territory, required people visiting the town to leave guns at a hotel or with a law enforcer.

What did the Supreme Court’s American history traditionalists have to say about gun control in the Old West? Thomas wrote that “late-19th-century evidence cannot provide much insight into the meaning of the Second Amendment when it contradicts earlier evidence.” Bruen further dismisses regulations that were enacted by sparsely populated territories (and did not pertain to the rest of the country) and were “not subject to judicial scrutiny.” In short, “the bare existence of these localized restrictions cannot overcome the overwhelming evidence of an otherwise enduring American tradition permitting public carry.”

The District of Columbia’s strong gun control measures were obliterated in 2008 in District of Columbia v. Heller, and bon mots from that ruling, such as the assertion that handguns are “the most popu­lar weapon chosen by Amer­ic­ans for self-defense in the home,” are liberally sprinkled throughout Bruen.

Philadelphia, the biggest blue dot in a purple state with a gerrymandered red legislature, has been thwarted by Republican preemption on gun violence for decades. The city first attempted and failed to pass city-specific gun laws in the 1970s. (Apparently, Pennsylvania’s lawmakers are fine with installing metal detectors in certain middle and elementary/middle schools, as the school district did in May due to students coming to school with weapons. Metal detectors and X-ray machines were installed in high schools two years ago.)

In May, a state appeals court set aside yet another attempt by the city to control guns, this time striking down a fine levied against people who fail to report a lost or stolen gun within 24 hours. The city has appealed to the Pennsylvania Supreme Court. Two additional high-court lawsuits, pursued by Philadelphia and Pittsburgh, seek to end preemption outright. Big blue cities in other red states have had the same problem, as the NRA has fought for firearm preemption laws.

Kenney’s pandemic missteps, civil unrest, and the violent crime that plagued Philadelphia long before COVID have tarnished his image and set the stage for the Fourth of July backlash. Nevertheless, like most American mayors, he has been outspoken on the need for stricter gun control policies that could temper the current insanity. “This is a gun country, it’s crazy,” Kenney also told reporters after the shooting. “We are the most armed country in world history and we are one of the least safest [sic]. So until Americans decide that they will give up guns and give up the opportunity to get guns, we are going to have this problem.”

Bruen and the Bipartisan Safer Communities Act, signed into law by President Biden shortly after the Supreme Court ruling, leaves mayors and local law enforcement poorly positioned to deal with gun proliferation and violent crime. And as the Court carries on with its languorous day-tripping through American historical traditions, the Thomas majority has pinned mayors, public-health administrators, school superintendents, and police chiefs between the Scylla of rising crime and Charybdis of lax regulation.