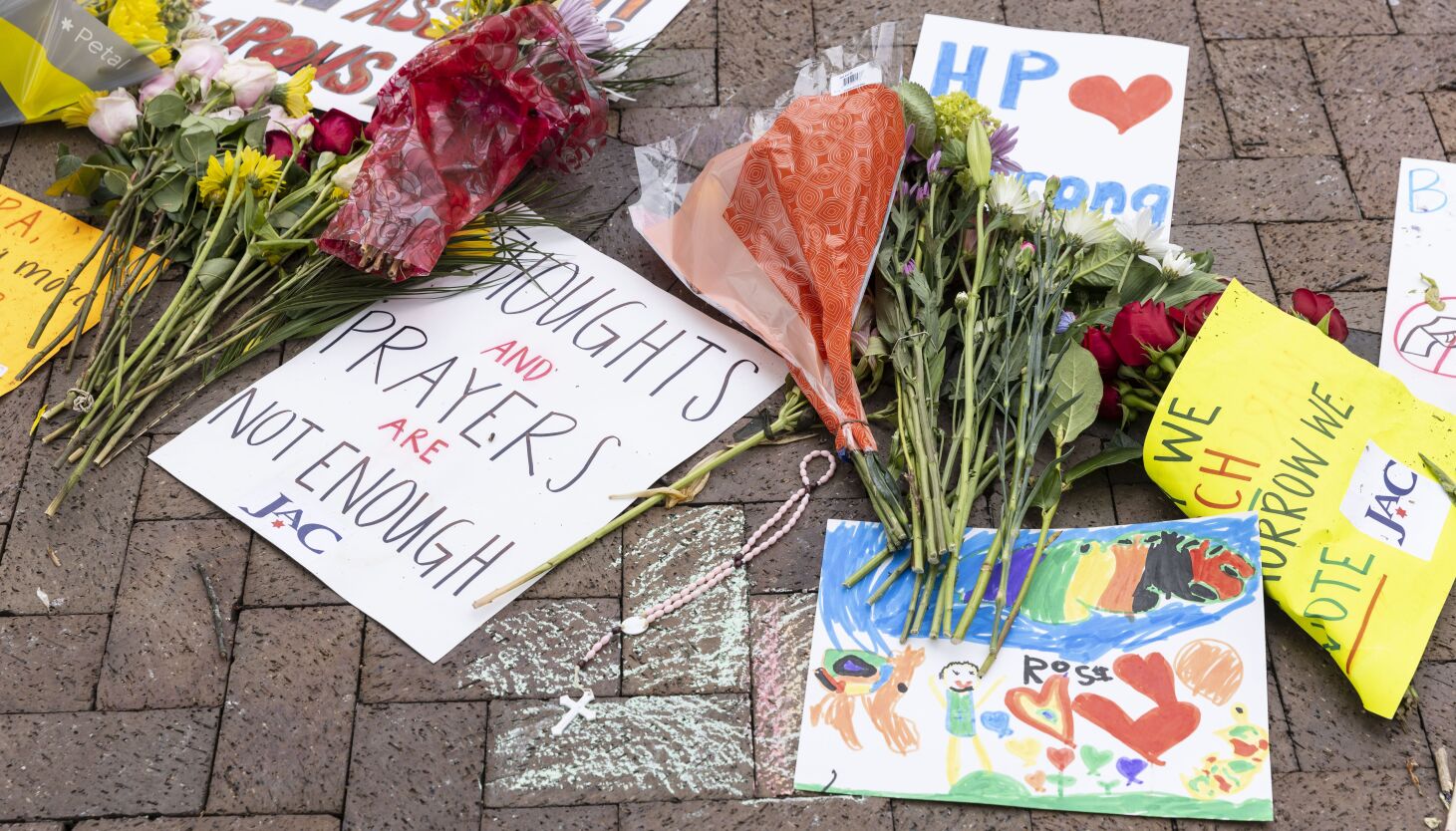 The goal in the aftermath of the July Fourth Highland Park massacre is to limit military style weapons and keep those and other firearms out of the hands of people considered dangerous to themselves or others.

But everything is on the table, said state Rep. Bob Morgan, who was marching in the Highland Park parade on Monday with his wife, 4-year-old daughter and 7-year-old son when the dozens of shots rang out just two blocks away.

The Deerfield Democrat said he ran toward the scene — and is grappling with the traumatic aftermath of the bloodshed.

Pritzker’s office is looking at everything from training and education about the Firearm Restraining Order, or the “Red Flag” law designed to keep guns away from those deemed a danger to themselves or others — to putting into state statute the amount of time a “clear and present danger” file should be kept, even if it’s unfounded.

State law requires police and teachers to file such reports when someone exhibits dangerous behavior that should bar them from having a gun.

The state currently keeps such records for just six months but lawmakers are seeking “clarity in the law.”

Pritzker’s office has also had discussions about potentially lowering the levels of proof required for a report to trigger action, according to a source with direct knowledge.

This comes amid pushback and criticism that Robert E. Crimo III both allegedly threatened to commit suicide and “kill everyone” with knives in his family’s home in two separate incidents in 2019, but he was still able to get a state firearm owner’s identification card, or FOID card, in early 2020.

Crimo was 19 at the time he applied, two years younger than the legal minimum, but his father signed off on the early card.

That allowed Crimo to immediately buy long guns or rifles — available to 18-year-olds with a FOID card — although he would still not be allowed to buy a handgun until he turned 21.

Crimo, now 22, is charged with seven counts of first-degree murder in connection with Monday’s mass shooting.

Police said he used an M&P15, a Smith & Wesson semiautomatic rifle whose initials, M&P, stand for “military” and “police.”

Pritzker has already voiced support for an assault weapons ban and a ban on high-capacity magazines. But in an election year, Democrats in the Illinois House failed to drum up enough support in February for a ban that would have only required 60 votes. Bills passed after May 31 require three-fifths majorities to take effect immediately.

The bill’s sponsor, state Rep. Maura Hirschauer, D-Batavia, on Thursday was calling Democratic colleagues to gauge their support once again. Hirschauer, who helped start a chapter of the gun violence prevention group Moms Demand Action before taking office in January 2021, said “it has some momentum behind it now.”

“It’s a pretty simple bill. It bans military style weapons and high-capacity magazines. The general public in Illinois has clearly said that those types of weapons are designed for the battlefield, not for hunting or any reasonable use,” Hirschauer said.“So, we are moving forward with it. I’m working it from the ground up, roll calling, gathering support and just really doing my homework on it.”

Legislators think it could pass this time.

“I certainly get a sense that [support] has shifted, and not just from what happened Monday, but I think what’s happening around the country,” Morgan said. “I really do hear from and have the last few days heard from people from all different parts of Illinois that are supportive of banning assault weapons.”

Morgan believes there are other loopholes legislators should also work to fix and funding to support, including providing mental health training to identify behaviors that could prevent violence from young adults, supporting more financial resources for behavioral health and looking at what social media companies can do to help identify red flags. Morgan said there are also conversations happening about the age limits required to purchase guns in Illinois.

“There are loopholes that we need to address, and if not, what is it that we can do to better implement some of these laws and safeguards that we have,” Morgan said.

Members of the Latino Agenda 2.0, a coalition of Latino organizations, on Thursday called for a special session to ban assault weapons and high capacity magazines, create an assault weapons registry and “demand’ mandatory fingerprinting for FOID cards.

Pritzker in August 2021 signed into law a FOID modernization measure that expands background checks to all gun sales in Illinois beginning in January 2024. And beginning in January 2022, the measure also incentivized fingerprinting for FOID cards so police can more easily verify the identity of FOID applications and firearm purchasers and increase the frequency of background checks.

It also funded the Illinois State Police’s ability to enforce the surrender of firearms from people who have lost their license for gun ownership and required State Police to remove guns from people with revoked FOID cards who have not surrendered their weapon.

The governor’s office this week said Pritzker and his administration will work with the General Assembly “to ensure we take on the gun lobby and do everything we can to further strengthen our gun safety and red flag laws.”

The National Rifle Association sent out a tweet on Tuesday, about recent research from the nonprofit Crime Prevention Research Center that said since 1950, 94% of mass public shootings occurred in gun-free zones. That research group was founded by John R. Lott, Jr., a gunowners’ rights advocate hired by the Justice Department during the Trump administration.

Pritzker responded with his own statistic.

“And 100% of mass public shootings happen with guns,” the Democrat tweeted back to the NRA. “As Governor, on behalf of the people of Highland Park — leave us the hell alone.”