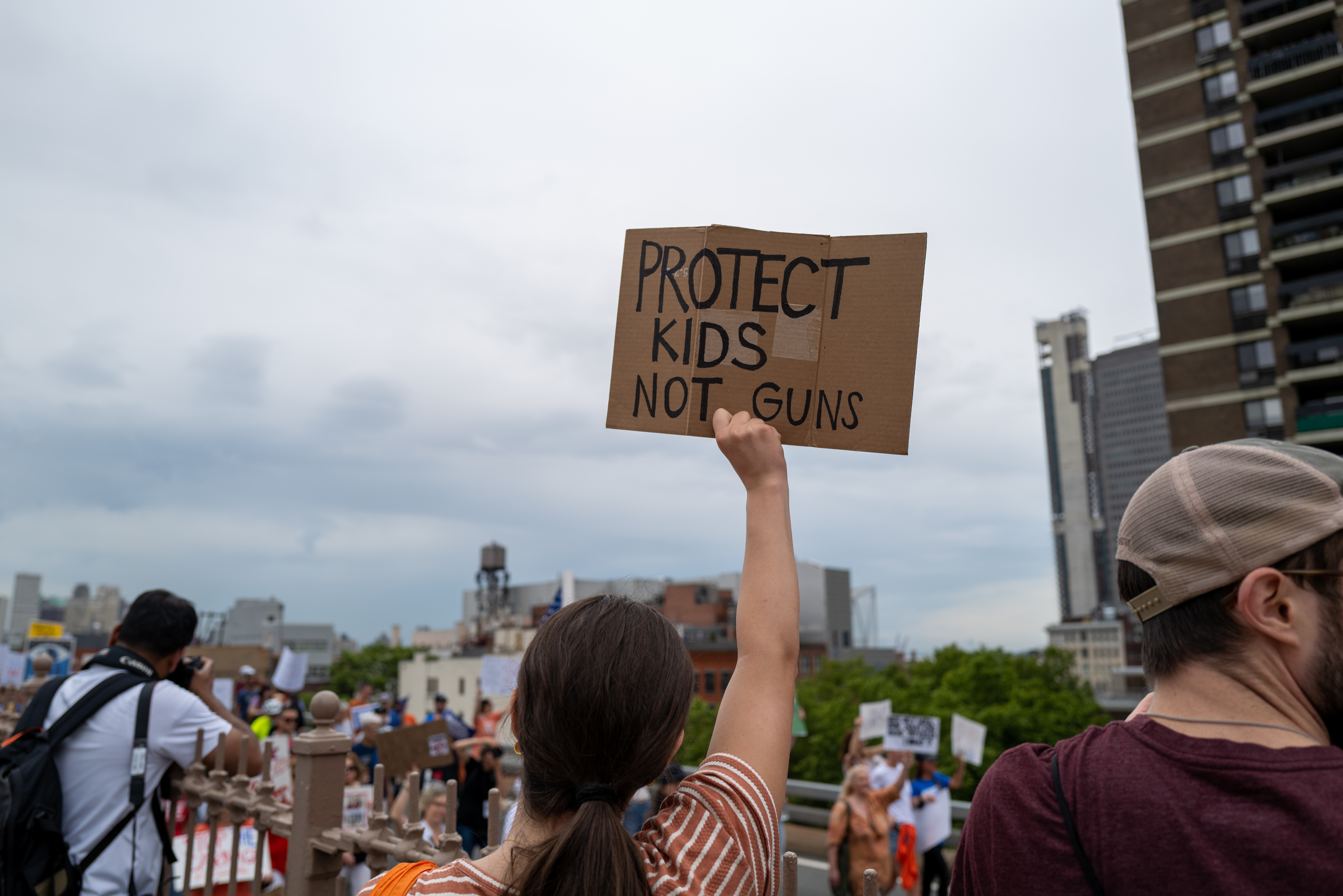 The high court’s decision invalidated a law giving New York broad discretion over concealed carry permits, a framework used by five other states and Washington, D.C. But Democratic lawmakers believe the ruling allows them to bolster the vetting process and prohibit concealed firearms in a variety of public locations. New York has already enacted a law imposing those restrictions and California is advancing a similar bill. New Jersey could be next, with Democratic Gov. Phil Murphy encouraging lawmakers who said they could convene a summer session to expand concealed carry rules.

“These are not going to be our last words on gun safety,” Murphy said as he signed a separate package of gun bills last week. “We cannot walk away from here today, none of us, thinking our job is done.”

The response was not universal. Maryland Gov. Larry Hogan, a Republican, dissolved the state’s more-stringent standard after the ruling and said he supported the right of “law abiding citizens to own and carry firearms.” Massachusetts lawmakers have not introduced legislation in reaction to the decision, and other gun restriction bills are stuck in committee. Illinois has not produced new bills, although a lawmaker there urged a special session on firearms. Advocates are still watching Hawaii.

In California, some Democratic lawmakers anticipated the conservative court would rewrite gun standards — and prepared accordingly. State Sen. Anthony Portantino (D-La Cañada Flintridge) said his office had been consulting with the California Department of Justice for months and that he set a bill in motion that he could swiftly rewrite to reflect the ruling.

“We want to be constitutional, but we also want to reflect California’s values,” Portantino said. “California as a state believes that sensible gun control makes our state safer, and the statistics bear that out, and so we are certainly going to continue to propose legislation that we believe makes California safer.”

Portantino said his office has modified multiple pieces of legislation to try and conform to the court’s ideology. His staff even studied Justice Neil Gorsuch’s philosophy when they crafted exemptions to a 2018 bill — since signed into law — raising the age for buying long guns to 21.

“We’ve been working proactively on that stuff for a couple of years,” Portantino said.

Now come the legal fights. Gun rights groups have already signaled they will challenge the new concealed carry laws in court. A National Rifle Association spokesperson said in a statement that “anti-gun governors and their allies in the state legislatures stand in open defiance of the nation’s highest court” and vowed to “fight for law abiding gun owners and ensure that their rights are restored as is called for under this landmark decision.”

“I think that New York state is intentionally doing everything you can to violate the constitution with impunity,” said Amy Bellantoni, a New York lawyer focused on Second Amendment issues. “It ultimately will land at the feet of the judges of the state to uphold their oath to protect the constitution of the U.S. and the ultimate decision of what that constitution means comes from the Supreme Court.”

The legal fallout could be far broader than concealed-carry regulations. Jubilant Second Amendment advocates said the Supreme Court’s decision should revive or spur challenges to a range of other restrictions, pointing to the decision’s expansive new test that any regulations are consistent with “the historical tradition that delimits the outer bounds of the right to keep and bear arms.”

California laws banning assault weapons and high-capacity magazines are already winding through legal challenges — as is Portantino’s measure raising the purchasing age for some guns. The high court’s decision could remap the trajectory of those and other consequential cases.

The ruling “makes the last 14 years, with its thousands of Second Amendment cases decided by the lower courts, largely irrelevant,” said Adam Winkler, a UCLA professor who specializes in constitutional law and gun policy. The next few years of court cases will determine the extent of the shift.

“The only certainty from these laws is that they will inspire more litigation, almost no matter what these states do,” Winkler said. “It’s states like California, New York, New Jersey, Hawaii, Massachusetts, that are going to see their laws rewritten. The impact of the Second Amendment ruling will be most acutely felt in the handful of blue states that have continued to innovate in gun regulation.”

Democratic officials say they are not deterred by the legal headwinds.

“We’re going to continue to defend the assault weapons ban. That’s been in place for 30 years,” California Attorney General Rob Bonta said after the ruling. “Will there be new arguments based on Bruen in our assault weapons ban defense? Perhaps.”