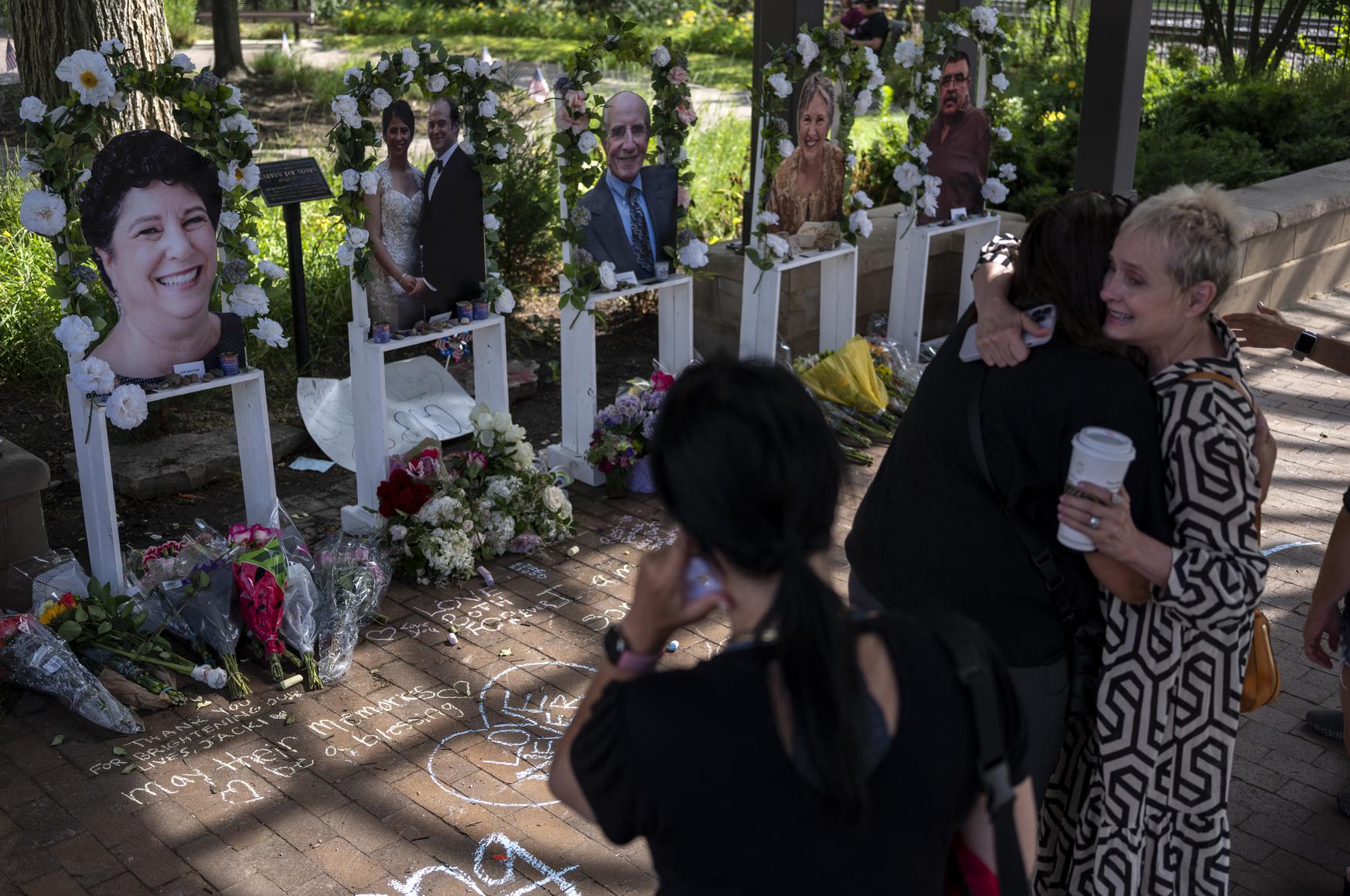 On Friday, May 20, 1988, at Indian Trail Elementary School in Highland Park, Ill., teachers frantically ran out to children laughing at recess, stopped their games, hustled them back into classrooms and locked entrances to the school. I was in second grade there at the time. The school canceled classes for the rest of the day. My mother — also frantic — came to collect me and my older siblings from a middle school across the street. She drove us home a few blocks away, deadbolted the doors and instructed us: “If a woman comes to the door, do not open it and call 911.”

The news was different 34 years ago. Information trickled in by radio and local TV stations. A woman — mentally ill, they said — had attempted to trigger a bomb at Ravinia Elementary School in Highland Park a few miles away. From there, she drove one suburb south, murdering 8-year-old Nicholas Corwin with a .22-caliber handgun and shooting several of his classmates at Hubbard Woods Elementary School in Winnetka.

And the woman was still at large. I was only 7, and I was terrified.

Hours later, we learned that the shooter had taken her own life. Relieved, my mom made a fresh batch of chocolate chip cookies. Over the years since then, we would relive this horror as the “first school shooting.”

My journey from a frightened kid to middle age, now living in Marin County, has been dotted by never ending “where-were-you-whens”: Columbine High, Colorado, 1999 (running on the high school track); Aurora, Colo., 2012 (prepping for a deposition); Emanuel African Methodist Church, 2015 (working in the White House); Pulse Nightclub, Orlando, 2016 (celebrating D.C. pride). And so on. After the 1988 shooting, and each of these, millions called for modest gun reforms.

A generation later, it’s clear we’ve failed. Highland Park and Chicago’s North Shore are in the news again — the scene of the latest massacre caused with the help of a high-powered rifle. While I no longer call it home, the house I was born in, where we fled to for safety in 1988, and where my parents still live, is blocks away from where seven people were gunned down, dozens of others injured and at least one child orphaned, this Fourth of July. Just as the area locked down in 1988, this year, Chicagoland parents again locked their homes and cowered in fear as the gunman roamed free. Many of those who lived through the terror of 1988 were now parents themselves, reliving a scene unimaginably worse and yet incredibly common.

Calling old friends last Monday to make sure they were OK, checking social media to see who had tagged themselves as “safe,” I was left to wonder: Would the 1988 school shooting — one dead with a .22 — have made national headlines if replayed in 2022?

Each of these incidents destroyed families and traumatized communities. Far too many went mostly unnoticed. A nightmare in 1988 no longer registers today. Our tolerance for gun violence, for the murder of children, has become so extreme it takes many dead and wounded for these horrors to break through. Only massacres as chilling as the one on May 24 at Robb Elementary School in Uvalde, Texas, (21 dead and 17 injured) attract front-page coverage.

The political response has become more grisly, too. After the 1988 murder, Illinois’s Republican governor, Jim Thompson, called for new
handgun
control laws. This year, the Republican nominee for governor in the state told those he wishes to represent to “move on.”


Until recently, following high-profile mass shootings, National Rifle Association-backed politicians defended expansive gun ownership, even if at the cost of innocent lives, based on the desires of hunters and sportsmen. Today, Republicans like Sen. Ted Cruz abandon that justification when supporting a so-called right to high-powered rifles — after all, these weapons seem excessive for taking down a deer — and instead explicitly add the need to kill people in self-defense as part of their cause.

In 1988, we hoped that the shock would prompt meaningful change. Instead, we’ve spiraled into a time of constant danger and fear. Last week’s shooting in Highland Park is just one of 323 mass shootings this year as of Wednesday, according to the Gun Violence Archive. We’ve slouched from defending the rights of hunters to defending violence against our neighbors. If we want a more peaceful nation when today’s children are grown, we must start now.

On her recent visit to Highland Park, Vice President Kamala Harris called on Congress to renew the assault weapons ban that expired in 2004. Sen. Dianne Feinstein has introduced legislation to do just that. With a 50-50 Senate, hope and optimism can seem foolish. But we owe our nation’s future more than mindlessly conceding defeat without so much as trying. So Congress should act this year — including, if necessary, carving-out gun control legislation from the Senate filibuster to overcome what presumably would be lock-step Republican obstruction — so that 35 years from now, we are not despairing about another generation of violence, but instead celebrating progress.

Jonathan Herczeg is a tech lawyer, ultramarathoner and former official in the executive branch under President Barack Obama. He lives with his husband in Mill Valley.