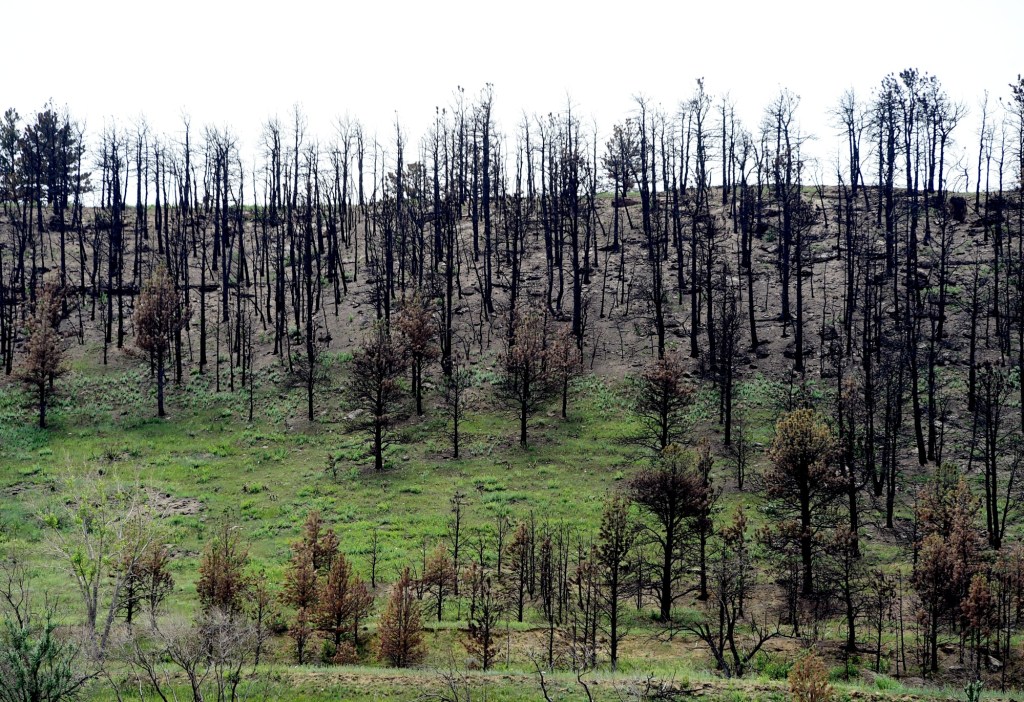 D. R. Mayer: Environment: We have an obligation to the planet

As wildfires and heatwaves and so on hit the planet, including Boulder, we Boulderites can try to help ease the greenhouse gas crisis. And its attendant sixth great extinction of species on Earth, currently underway. Indeed, it is our moral obligation to do so … to do the right thing just because it is the right thing. That we cannot singlehandedly solve the problems is irrelevant.

The city can do several things to help our planet. It could require permits to cut down trees, and require that two trees be funded to replace each one removed. (They could be planted in the Amazon, via Plant a Billion Trees.)  Trees provide carbon sinks so crucial to reduce greenhouse gasses.  Other towns require such permits, so we should be able to. Here in Boulder, the more trees we have, the cooler we can be in summer, helping reduce demand for AC, which emits chemicals that are potent climate change drivers.

We could require new roofs be white. We could fund bee- and butterfly-friendly gardens in various locations, especially in open spaces. In terms of species loss, we could cut down on single use plastics; they are killing sea creatures and filling the fish we eat with microplastics. Sprouts Farmers Market now has no plastic bags, only paper. So forbidding plastic grocery sacks should not be a problem. I also vote for requiring cardboard options where possible. For example, for laundry detergent. Straws can be of waxed paper. And glass is a great container, so glass options where possible should be required. (See the coconut oil at Natural Grocers.)

We have an obligation to others and to the planet to do our part as a city to combat climate change and other sorts of environmental destruction.  Let’s go for it.

The U.S. prides itself on having a “high standard of living” referring to the economic surplus enjoyed by much, but not all, of the populace. However, as my seventh-grade social studies teacher (in very conservative Kansas) corrected us, the true definition of “standard of living” is the standard by which we choose to live. What do we “accept” and “normalize”? A Google search supplies a definition of the word “standard” as: “an idea or thing used as a measure, norm, or model in comparative evaluations” as in “the wages are low by today’s standards.”

Given this, the U.S. standard of living is among the lowest in the world. Case in point, guns are now the leading cause of death for U.S. children and teens — a completely unacceptable truth that we are led to believe must be tolerated due to a distorted idea of “freedom.” When a people will tolerate senseless murder of its children, it has surrendered all claims to decency — all claims to being a civilized people. The Founders would not have desired this. The 2nd Amendment does not require or promote this. How low can our standards go?

The U.S. is unique among other countries. Weak gun control laws are one major reason that the U.S. has this problem. Lack of Congressional action to fix this implies corruption at the highest level of the government. Politicians, mainly of the Republican variety, act as though they have sold their souls to the highest bidder. They act as though they are owned by the NRA and gun manufacturers.

Their non-action represents a severe, imminent existential threat to the U.S. Reasonable gun restrictions would preserve and strengthen the 2nd Amendment, protect the U.S. citizenry and improve our standard of living.

Earlier this week, at around 11:30 a.m., a jet headed for the Boulder airport came roaring overhead. It was so loud my dog ran toward the house. Forty-five minutes later it roared over again with the same disturbing result. This seems to be happening several times each day now. I’ve become accustomed to the constant sound of small aircraft flying to and from Boulder airport, but the jet noise is another thing altogether. It is both louder and more invasive, heard and felt indoors even with doors and windows closed.

Boulder airport is located in too close proximity to residential areas to accommodate these loudly invasive aircraft. Broomfield airport is much more isolated and close enough to Boulder to be convenient. These jets should be landing in Broomfield, not Boulder.

Now, I am not driving a Tesla like all the high tech workers in the city who are lucky and fortunate enough to work in the City of Boulder, and I do not have a chauffeur driving me to work like our Governor, going back and forth on our beat-up roads, and I am not pushing a grocery cart like our unhoused individuals, but I have never seen our streets in such disarray. And maybe the reason is because the maintenance department wants me to take a  picture of the potholes and send the pictures to them. The Maintenance Department had nothing but dry, warm days to block off streets and fill the damn holes. We had the United States transportation secretary here looking over our transportation system and nothing got done. We used to be proud of our city but not now. Please don’t let the City Council and other candidates who want to be elected tell the taxpayers how great a job they are doing.