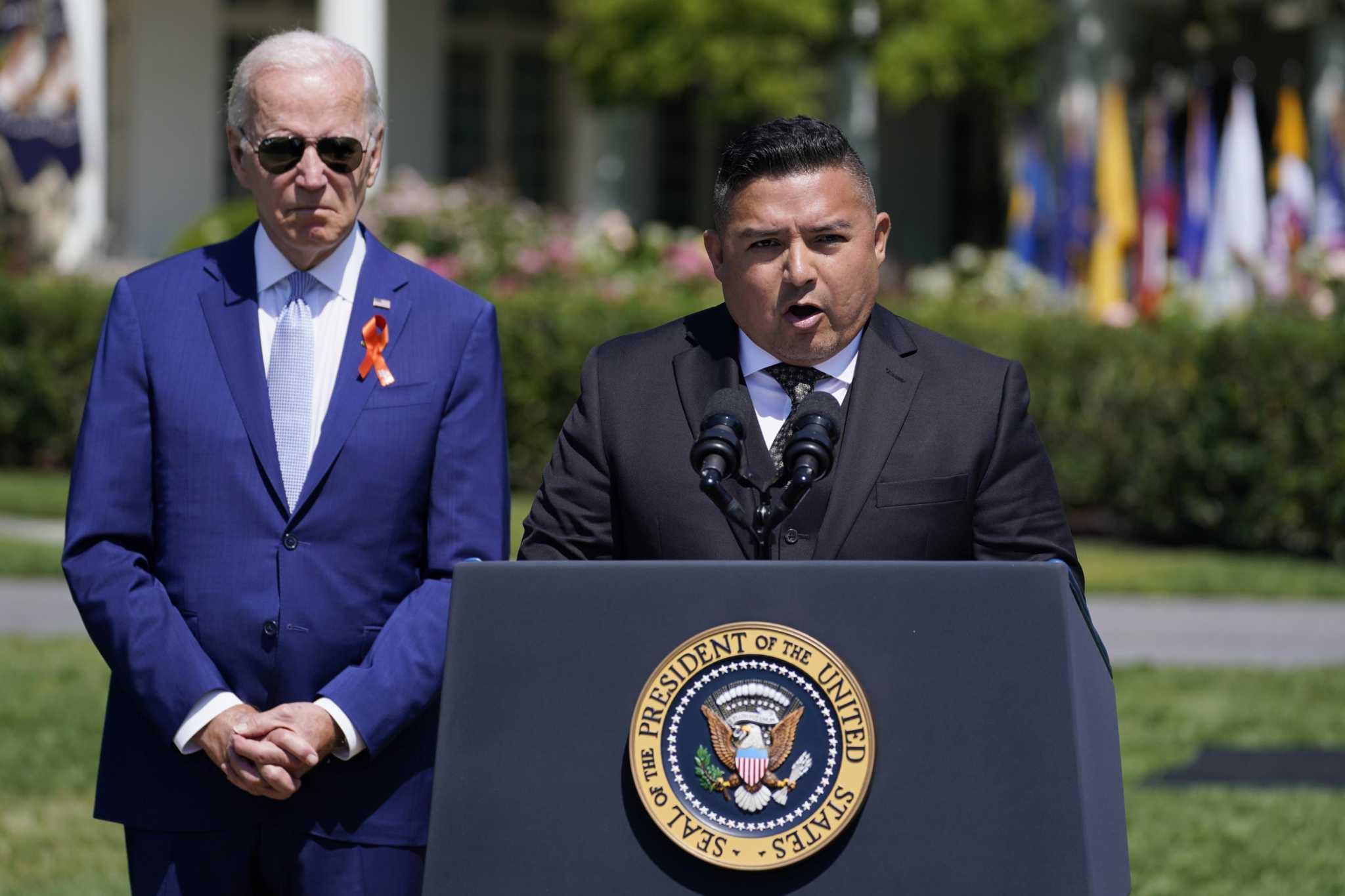 “I spend half my days convincing kids that no one is coming for them,” he said from the South Lawn. “But how do I say that, knowing that the very weapons used in the attack are still freely available? Let this only be the start of the movement toward the banning of assault weapons.”

IN-DEPTH: Deal on historic gun law shows Sen. John Cornyn in his element: shrewd, steady, and jeered as a RINO

Guerrero noted it has been 40 days since the massacre at Robb Elementary School and that a makeshift memorial to the massacre in the town’s center has been taken down. What remains, he said, is fear.

“These parents seek a safe and secure environment for their children,” Guerrero said. “It’s tough been being a pediatrician in a community where children do not want to return to school and their parents don’t want to send them there with the fear of a future attack.”

Texas Sen. John Cornyn led the effort to whip the votes of 14 Republicans and get the bill passed in his chamber, despite a lack of support from the National Rifle Association and other gun rights advocacy groups. Some conservative senators harshly criticized their colleagues for voting it, saying they turned their backs on their commitment to the Second Amendment.

Some gun safety advocates were also underwhelmed by the final bill, which didn’t include priority items like raising the age to purchase a firearm and expanding background checks. One of them, Igor Volsky, director of the private group Guns Down America, said Monday it was “the bare minimum” and “not much to celebrate.”

The last major gun bill passed Congress in 1994. The assault weapons ban included in that law expired in 2004, and every effort to renew it has failed.

“Adults are stubborn, we’re resistant to change, even when the change will make things better for ourselves, but especially when we think we’re immune to the fallout,” he said. “As we have seen, no community is immune to the fallout, but rather, the fallout is landing in our backyard on a weekly basis … I invite everyone to move forward from this start of the change that will allow all of our children to make it to the end of our fight.”