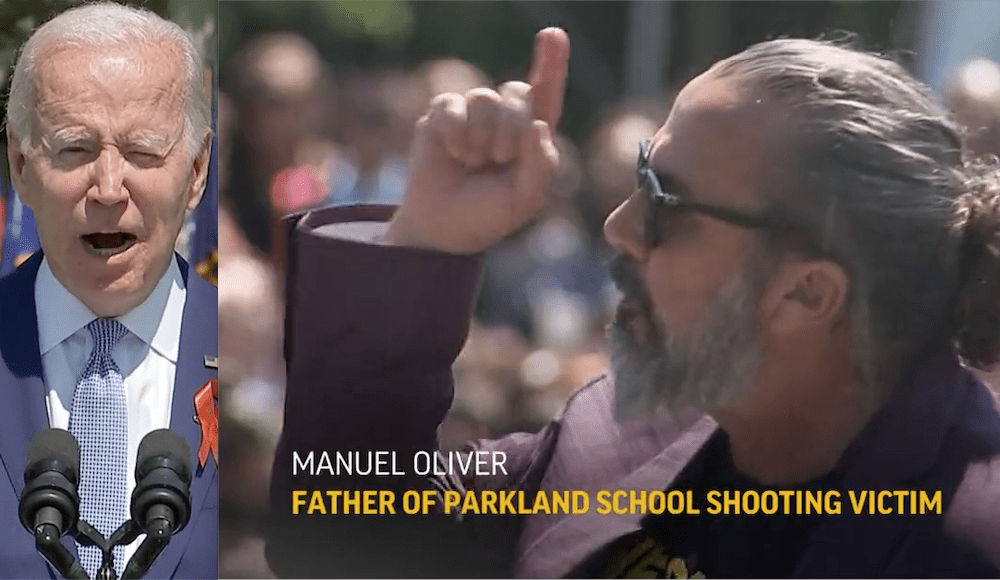 Joe Biden was heckled as he called for further action on gun safety laws, including a full ban on assault weapons.

The President spoke to a crowd of hundreds of lawmakers, advocates, as well as relatives of gun violence victims at the White House.

The President marked the passage and signing of the Bipartisan Safer Communities Act in the wake of a school shooting in Uvalde, Texas, that left nearly 20 children dead.

But as the President continued speaking, the father of a gun violence victim called him out for not doing enough.

At the end of his remarks, Biden acknowledged more needed to be done, focusing in particular on the availability of high-powered weapons.

“We’re living in a country awash in weapons of war,” Biden said. “What is the rationale for these weapons outside war zones?”

“Assault weapons need to be banned,” Biden continued. “They were banned. I led the fight in 1994. And then under pressure from the NRA and the gun manufacturers and others, that ban was lifted in 2004. In that 10 years it was law, mass shootings went down.”

“I’m determined to ban these weapons again, and high capacity magazines. … I’m not going to stop until we do it,” the president added.