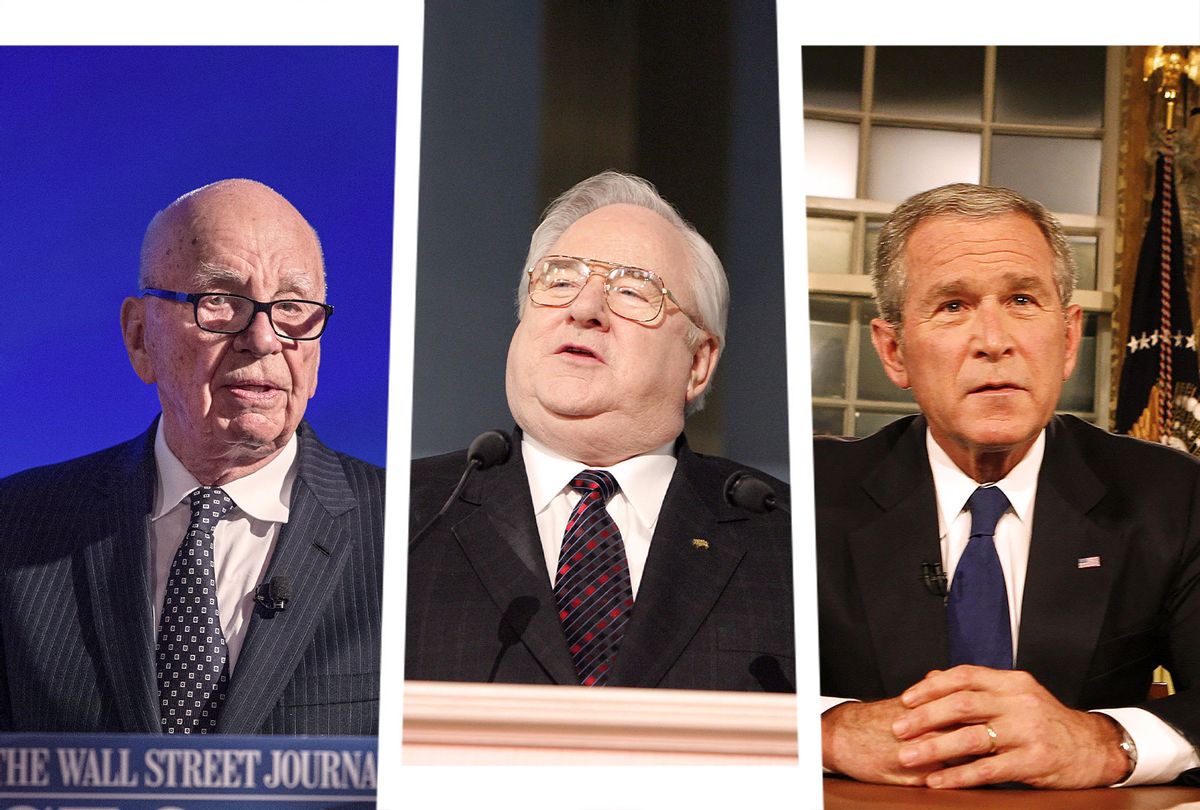 Minneapolis residents Jess and John Pentz — a couple who’ve been married for 17 years — were traveling through Hayward, Wisconsin, over the Fourth of July weekend when Jess realized she’d forgotten to bring her birth control pills.

They pulled into the local Hayward Walgreens pharmacy, where Jess picked up a box of condoms from a shelf and handed them to the clerk manning the register.

“Manning” seems to be the right verb here: “John,” the Walgreens clerk, refused to ring them up.

Jess, confused, asked him why, pointing to the shelf where she’d picked up the condoms.

“We can sell that to you,” clerk “John” told Jess with a smirk, “but I won’t because of my faith.”

There’s no law in America against being an ass, so this Walgreens clerk was entirely within his rights to behave like one. But because of five Republicans on the Supreme Court, it now is problematic — and soon could be against the law nationwide, if Clarence Thomas gets his way — for Walgreens to fire him for “exercising his faith” when working in a drugstore.

The vast majority of Americans, opinion research shows, think a situation like this is absurd. As Jennifer Brooks notes in an article about the Pentzes’ experience for the Minneapolis Star-Tribune:

When the Pew Research Center surveyed American attitudes about birth control, just 4% viewed contraception as morally wrong. Condoms protect us from disease and prevent unwanted pregnancies. What’s not to like?

And what’s so astonishing about the entire situation is that we have reached this point not because the American public wants religious doctrine running our law, and not because most religious people agree with an arrogant prick working at Walgreens.

Instead, it’s because a small group of right-wing billionaires didn’t want to pay their taxes, wanted to get rid of their unions and didn’t want regulation of the pollution from their refineries and other operations.

They put billions of dollars over five decades into a project to seize control of the legislatures of a majority of the states, jam up the U.S. Congress and pack the Supreme Court — and it was all about taxes, unions and regulation.

So where did the religious nuttery come from?

Why did all this happen? Because a few right-wing billionaires didn’t want to pay taxes and wanted to ditch their unions and pollute as much as they liked.

The right-wing billionaires and the corporations and foundations aligned with them knew back in 1971 — when Lewis Powell laid out their strategy in his infamous “Powell Memo,” the year before Richard Nixon put him on the Supreme Court — that most Americans wouldn’t happily vote to lower billionaires’ taxes, end unions and regulation of gun manufacturers, or increase the amount of refinery poisons in our air.

So the strategy they came up with to capture control of our government was pretty straightforward:

To pull these off, they spent five decades and billions of dollars to subsidize think tanks and policy groups at both the federal and state level; there’s now an extensive network of them reaching from coast to coast, all turning out policy papers and press releases the way bunnies have babies.

But it wasn’t quite enough to get the political power they needed.

They sponsored right-wing talk radio to the tune of millions of dollars a year (Rush Limbaugh and Sean Hannity’s shows got over a million a year each) and Australian billionaire Rupert Murdoch rolled out Fox News to complement the propaganda campaign. Later would come social media bots and trolls, along with thousands of new websites pretending to be local newspapers.

Still, that wasn’t quite enough to get them the political power they needed.

They hooked up with the NRA, which helped sponsor the Reagan Revolution and was richly rewarded with laws that forbade the federal government from compiling gun death statistics and gave complete immunity from lawsuits to weapons manufacturers and sellers for the damage their products cause (the only industry in America that enjoys such immunity).

And they finally got a lot of Americans to go along with their plan, because they’d added in a religious “secret sauce.” More on that in a moment.

The Reagan presidency was their first major victory; in eight short years he cut union membership in America almost in half, dropped the taxes on billionaires from a top 74% bracket down to 27%, and slashed thousands of protective regulations, particularly around guns and the environment.

Over the 40 years of the Reagan revolution, we’ve gone from having about the same gun-ownership density as Canada (around 15 guns per 100 people) to the most in the world (over 120 guns per 100 people). We’re now drenched in blood: Guns kill more American children than drunk drivers or any other cause.

Hating on unions, taxes and the environment — and loving on guns — wasn’t quite enough. They needed a larger bullhorn. That’s where Jerry Falwell and friends came in.

But hating on unions, taxes and the environment — and loving on guns — wasn’t enough to reliably win elections over the long run. They needed a larger bullhorn, a way of reaching into the lives of additional tens of millions of American voters who really didn’t much care about those issues.

That’s where Jerry Falwell and his friends came into the picture.

Falwell was an inveterate grifter, hustling Jesus to build a multimillion-dollar empire while ignoring Jesus’ teachings about humility, poverty and the need to care for others. A new, muscular Jesus — a Jesus who endorsed assault weapons and private jets for preachers — came to dominate much of America’s Protestant Christianity.

This Jesus wanted you to get rich — riches, they said, are a sign of God’s blessing — and the “prosperity gospel” and all its perverted cousins were being preached on TV and in megachurches across the nation throughout the 1980s.

Reagan brought his vice president’s son — a young drunk named George W. Bush who got sober with Jesus’ help (and a threat from his parents and wife) — and Bush forged an alliance between the Reagan campaign and the then-emerging phenomenon of Falwell/Bakker/Graham/Robertson televangelists.

The televangelists became multimillionaires, churches openly defied IRS regulations and preached politics from the pulpit, and millions of mostly non-political churchgoers were suddenly evangelists not just for Jesus but also for the Republican Party.

With this dramatically expanded base of voters, Republican politicians went on a 40-year spree of cutting taxes, deregulating polluting industries, hustling guns and busting unions.

To keep the rubes coming to the churches where they’d hear that GOP message, Republicans on the Supreme Court had to throw them the occasional bone. Giving bakers the right to tell gay people wanting a wedding cake to screw off was one of them, setting up the “religious right” of pharmacists to refuse to sell condoms.

At first, these seemed problematic to many Americans, but, like Pastor Niemöller, it only affected a small minority of us and typically did so in ways that weren’t particularly public. Everybody figured it was somebody else’s problem, and the people being hurt were mostly marginalized minorities.

Half the population is now in their crosshairs.

It’s no longer just a matter of that $50 trillion transfer of wealth from middle America to the top 1% through changes in tax law, or a few hundred thousand children downstream of coal mines getting permanent neurological damage, or workers thinking that maybe they’d have better wages and benefits if they had a union.

Now America is seeing clearly what the Republican coalition has brought us, from mass shootings to medical bankruptcies to student debt to homelessness.

Literally none of these things were major societal problems the year Reagan was elected; all are the direct result of Republican policies, and all were made possible, in part, by this unholy alliance of church and state that our nation’s founders warned us against.

And now they’re coming for your birth control.

Will enough Americans finally wake up to this 40-year grift to put an end to it and return our country to sanity?

We’ll find out this November.

about religion and the far right