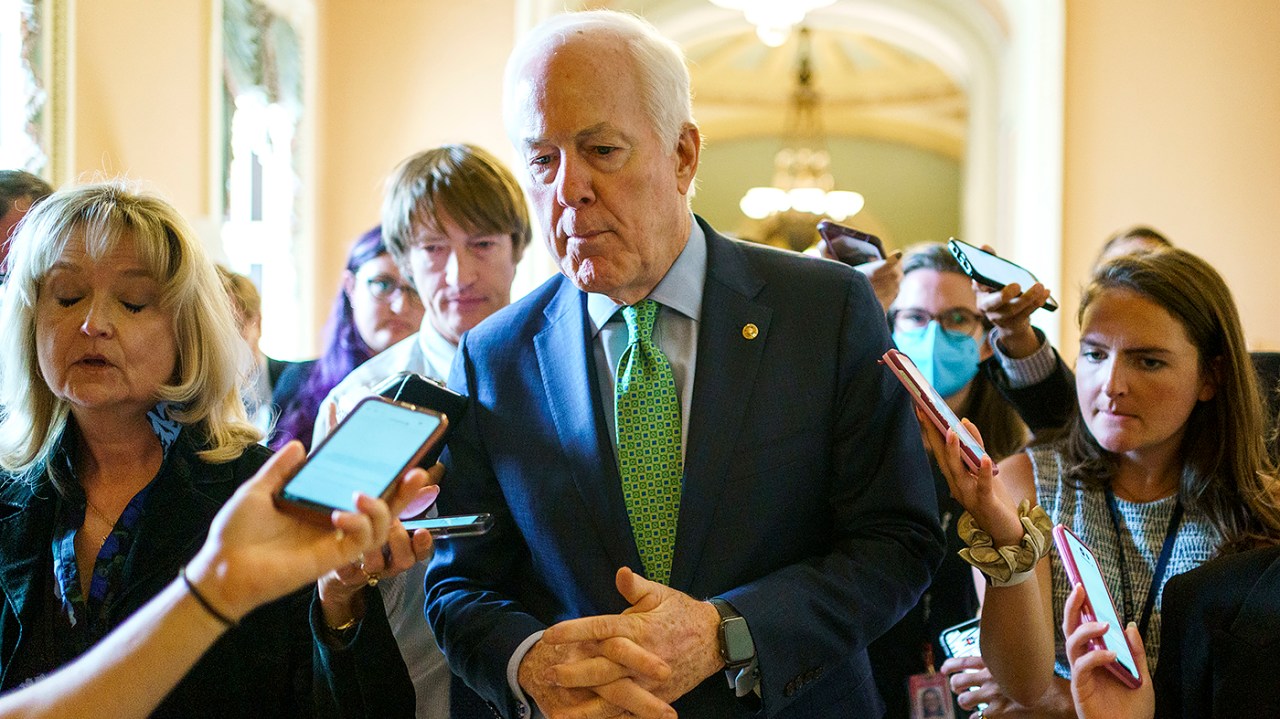 Sen. John Cornyn (Texas), the lead Republican negotiator of a gun safety bill that President Biden signed into law last month, is shutting the door on additional negotiations on other proposals to limit the availability of assault weapons or expand background checks.

Cornyn, who has taken some fire from the right because of his role in negotiating the law, said he’s not going to engage in a new round of gun control talks in the wake of a mass shooting in Highland Park, Ill., on July 4.

“No, we’re done,” Cornyn said when asked whether Republicans would negotiate with Democrats on limiting access to assault-style rifles or other gun control reforms.

Cornyn made his statement after Biden renewed his call for an assault weapons ban during an event Monday at the White House.

“We’re living in a country awash in weapons of war,” Biden said. “I am determined to ban these weapons again and high-capacity magazines that hold 30 rounds and let mass shooters fire hundreds of bullets in a matter of minutes. I’m not going to stop until we do it.”

The president also called on Congress to encourage gun owners to keep their firearms locked up safely. He made his remarks at an event celebrating the enactment of Bipartisan Safer Communities Act, which also enhanced background checks for gun buyers between the ages of 18 and 21 and provided billions of dollars for mental health services.

But Cornyn on Tuesday poured cold water on hopes that Congress might pass additional gun control legislation this year.

“It seemed to me to be yesterday the president talked about everything that they wanted but they didn’t get in the bill,” he said. “But the sort of things he was calling for, don’t have support in the Senate or in the Congress on a bipartisan basis. In other words, they can’t get done.”

The senator was booed at a Texas Republican convention in Houston last month because of his role in negotiating the legislation, which the National Rifle Association opposed.

Cornyn said he hasn’t received any contact from Democratic senators to kindle a new round of talks.

LeBron James on Brittney Griner: ‘How can she feel like America has her back?’

Sen. Chris Murphy (Conn.), the lead Democratic negotiator of the Bipartisan Safer Communities Act, said he met Tuesday with the families of the victims of the mass shootings in Uvalde and Highland Park.

“I met with a couple of the families from Uvalde who lost kids,” he said. “They simply don’t understand why this country allows for the sale of assault weapons. I’m going to continue to press for change.”

Several Democratic leaders, including Vice President Harris and Senate Rules Committee Chairwoman Amy Klobuchar (D-Minn.), have made new calls for an assault weapons ban in the wake of the Highland Park shooting that left seven people dead on July 4.