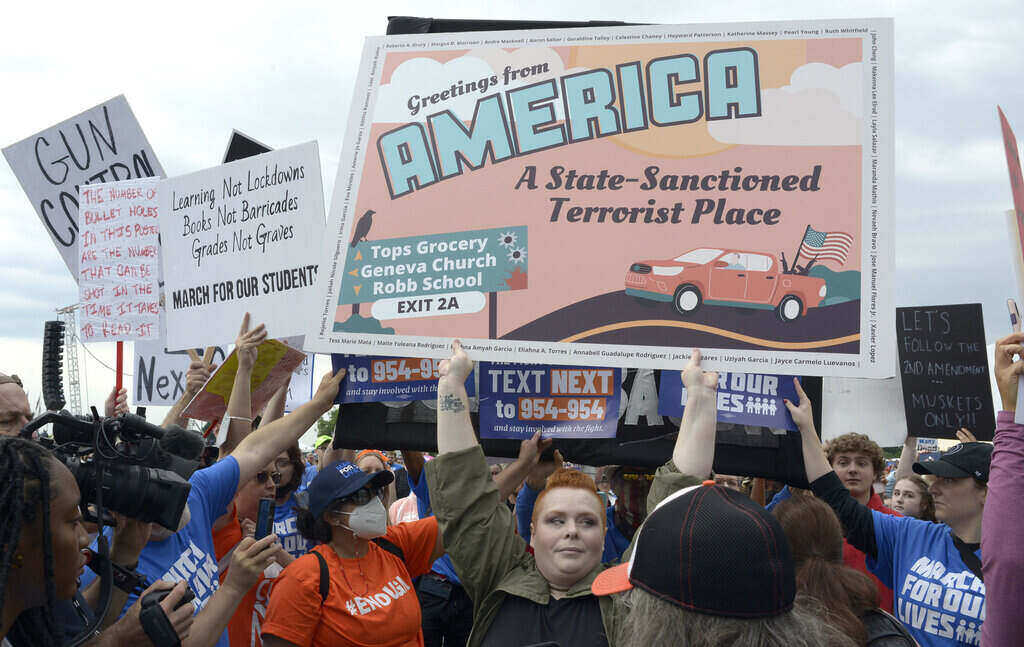 New gun laws, including “red flag laws,” will not work. Domestic terrorism will continue to be the greatest danger to the American people. Here’s the proof.

The tragic and deadly shooting in Highland Park, Illinois, killing seven and injuring dozens more, should have been prevented. Illinois has some of the strongest “red flag laws” in our nation, and the 21-year-old who committed another act of domestic terrorism displayed an inclination for violent action long before July 4, 2022. No one prevented him from becoming a mass murderer.

Both of our political parties are composed of typical politicians who talk a lot but do nothing. Democrats are afraid to take the NRA gun lobby head on, rebuking its lies and offering the full truth. Republicans are desperate to retain the millions of dollars they receive from the NRA, which is owned by gun manufacturers and gun sellers. They are also afraid to lose the votes of 10 percent of all Americans who own 90 percent of all weapons of mass destruction in America.

I promise that “the truth lives here,” and therefore, I am going to be bluntly honest about this entire preventable situation. Gun violence/domestic terrorism is protected not only by politicians but by all white supremacist/Neo-Nazi groups, most law enforcement, and the majority of our military. They don’t want our government to take any action serious enough to change the status quo. I know this because the only solution, the only way to end the growing number of mass shootings in our schools, churches, malls, restaurants, bars, grocery stores, movie theaters, gyms, or any place outside of your home, is to take guns off the streets. This is undeniable, and this fact is ignored by nearly everyone in power.

The Second Amendment has been bastardized. It has nothing to do with our current situation. It was passed to protect America from foreign invaders. The new nation did not have a standing army in 1789.

There is no protection in the Second Amendment for the ownership by civilians of military-style weapons. No one can offer a legitimate reason why an ordinary citizen finds it necessary to own a weapon with the single purpose of killing as many human beings as possible in the shortest period of time.

I find that the greatest fault in our nation is that although the First Amendment guarantees the right of free speech, no one in authority will stand up and tell the whole truth about gun violence in America.

The truth is simple: weapons designed to harm and kill men and women promote fear, anger, and violence by their very existence. Only a limited number of law enforcement officers should carry a deadly weapon on their person. It was never the intention of good men and women that the American people fear the men and women who swear to protect and serve all American citizens. Unfortunately, that is the situation in the 21st century.

No one can deny that it is unsafe to leave our homes in 2022. Anyone you encounter could be in possession of a loaded weapon. You are risking your life the minute you leave your home or exit your automobile.

Stop asking your elected men and women to do the right thing: demand an end to gun violence in America. Remember, they want your vote. At the top of the list of rights expected from life in America is the right to feel safe and secure in your daily life. This is not the situation today. If they attempt to argue with you, tell them to learn something new and research the changes in Australia and New Zealand after they took away most guns from their citizens.

NRA Challenges Illinois Gun Ban
ILA | If the CPSC Would Ban Gas Stoves, Imagine How it Would Treat Guns
Legal assaults on Illinois’ sensible new gun law are a travesty
10 Dead in Gun Violence Near Chinese Lunar Year Celebrations; Why So Many Shootings in America?
How can we put an end to mass shootings in the U.S.?