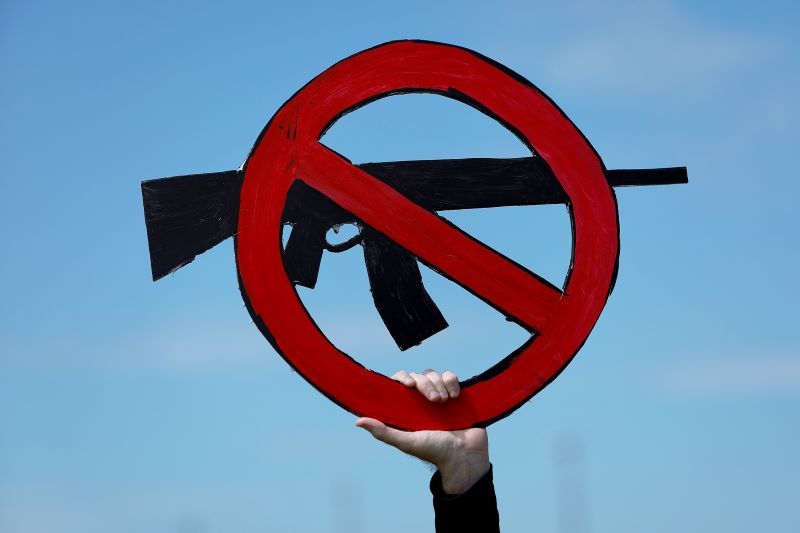 Sooner or later you are going to have to admit it. There is nowhere in this nation that is safe from gun violence.

Not the supermarket, not the local theatre or church, not the school, hotel or public park, not even the 4th of July parade. Nowhere.

When the next heavily armed shooter enters one of these public places with an AR-15, we have just learned once and for all that the police will hang back and wait it out, allowing the shooter the necessary time to complete their path of carnage.

The police will wait because they know better than the public what just one bullet from a military-grade assault weapon can do to the human body. 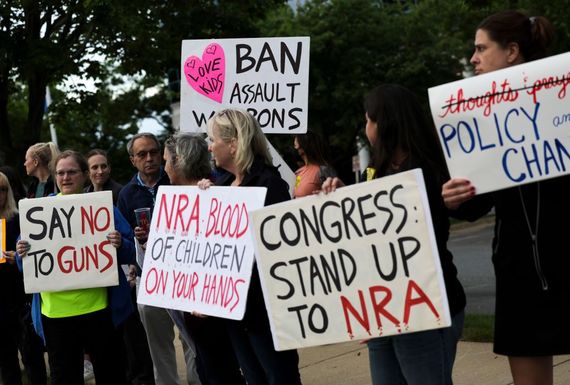 The surviving teachers at Robb Elementary School in Uvalde, Texas, where an 18-year-old gunman killed 19 children and two teachers, genuinely thought that the police would eventually come to save them. But as Uvalde, Texas showed us, that’s all over.

The police knew that the children and teachers were injured and possibly dying inside the school, yet still, they did not act. They had firepower equal to the shooter’s, but still, they waited. No order was ever given to engage. No doors were checked, no effort was made to enter the school and tackle the single shooter.

Instead, they checked on their iPhone. One took the opportunity to get some hand sanitizer. They could hear the children’s screams and the shooter’s attack, but they didn’t move. In fact, they ran away when the shots came too close for comfort, cameras show.

A police officer gets a squirt of hand sanitizer while 19 children and two teachers were murdered at Robb Elementary School in Uvalde, Texas pic.twitter.com/WqhXoQySIF

The moment the shooter entered classroom 111, he started firing his military assault rifle. At children. Imagine the terror of that moment. For three minutes he opened fire in a classroom filled with little kids, pausing only once to look outside the room and then returning to blast them once more.

It needs to know that the destruction caused by one AR-15 is so catastrophic that their children can later only be identified by their colorful shoes, having being blown to pieces.

Is this what freedom and liberty look like to you? Is this the price you are willing to pay for it? Why is America the only country in the world where this continually happens? Are you willing to trade the now unrecognizable bodies of elementary school children for the weapon of war in your gun cabinet? Does that seem like a sane exchange to you?

Statistically, I already know the answer. Nearly six in ten Americans now say they support an assault weapons ban over the right to carry assault weapons. They support red flag laws and strict background checks, too.

But then the Republican Party steps in to sink every kind of sensible gun legislation. What’s worse they do it by pretending that more carnage will be the result, when in fact we know already that the Clinton-era assault weapons ban resulted in far less mass shootings. Statistics don’t lie, but Congressional members with a perfect NRA rating do.

Only 15 Republican senators voted in favor of the recent gun reform bill and it was even worse in Congress were only 14 Republican representatives did. That refusal to take responsibility for the growing carnage on our streets has real consequences. It is paid in blood. There are an average of more than 11 mass shootings in the United States every week now, according to Gun Violence Archive.

The hallmark of a free society is freedom itself. That used to mean the absence of fear and the freedom of assembly, but that’s all gone. You can’t even buy your groceries in peace now without the threat of some heavily armed lunatic killing you and all your loved ones.

If the pandemic taught us anything it is this, that human beings are social creatures, we need connectivity and community to thrive. Nations need that too. But gun carnage is leading toward a sadder, more frightening, isolated total lockdown, where trust is eroded and people are afraid. That’s not living. That’s not freedom. That’s imprisonment.

Yes, it’s time to bring back the Assault Weapons Ban.

No, it was not unconstitutional. Even conservative Justice Scalia said so. https://t.co/TDsIzwpEl5 pic.twitter.com/0sQ7wqgOY6

We don’t have to be held hostage by a well-funded minority of gun-toting extremists. We still have the power to change this. We should use it.