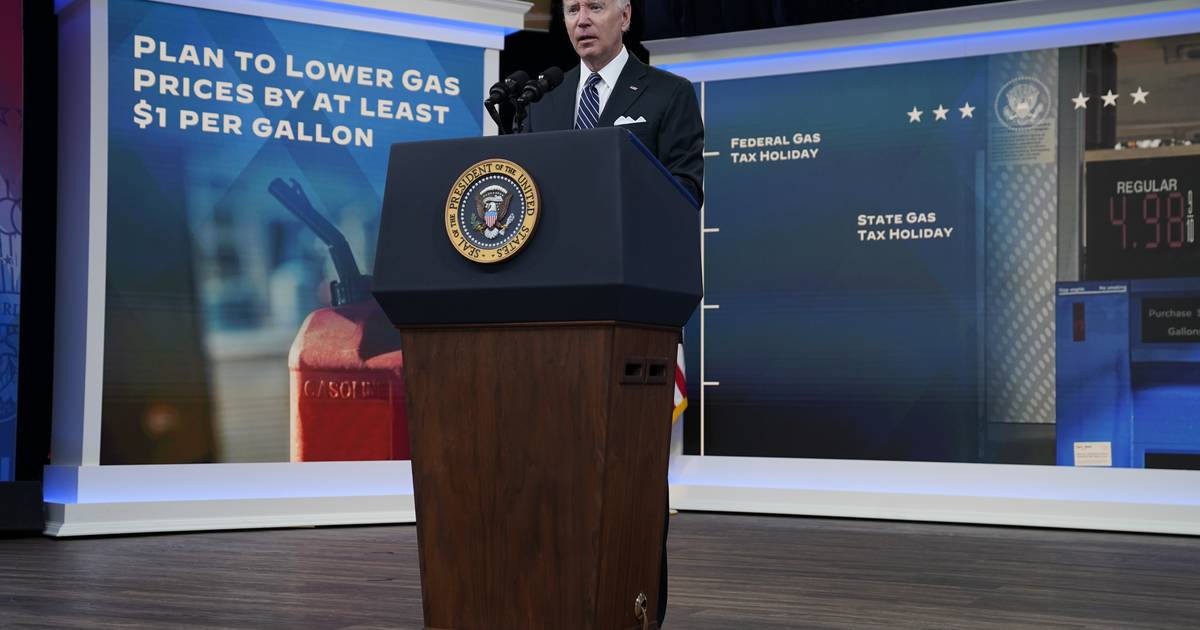 Talk of the County is a reader-generated column of opinions. If you see something you disagree with or think is incorrect, please tell us. Call us at 312-222-4554 or email talkofthecounty@tribpub.com.

Hurrah President Biden, you took action on high gas prices and they are coming down. I’m paying a dollar less per gallon. That’s big bucks to me. Sure, it’s slow as usual, unlike when prices rise fast. All the whiners that blame him for the rise in prices can eat their words now. He didn’t raise the prices, but he sure took action to lower them. Great job, Mr. President.

Don’t vote for them

I recently read an article that reported that gun manufacturers are being successfully sued. Good. I would like to see them sue politicians that pose with assault weapons. They are the leaders of our country and are using their leadership to advertise these destructive weapons. Of course they are rewarded with generous contributions from the NRA. In the name of Jesus, do not vote for these killers.

Regarding the God bless America writer who wants politicians who will make America stronger: Did you mean to say make America meaner? And shooting the shooter behind the station? Without a trial? There are many countries you’d fit right in. Why are you in America? Maybe because you can’t say anything in those countries?

Dead trees all over

News updates from Lake County delivered every Monday and Wednesday

Is Waukegan still designated a “tree city?” It seems that more and more trees on the parkways are dying. Why is Waukegan not removing these dead trees and planting new ones? Previously, homeowners could pick the young tree that the city would plant on their parkway. To keep Waukegan a “tree city,” maybe there should be a default tree if the homeowner doesn’t request one. Dead trees all over are eyesores, and Waukegan needs to step up. While they are at it, bring back the street sweepers to clear all the debris, leaves, grass clippings, broken bottles, face masks and plastic bottles littering the curbs and storm drains. We can’t be the City of Progress if we keep going backward.

One of the exceptions

A few readers are asking to bring back the death penalty for individuals committing mass shootings. As we’ve seen in the past, the shooter is either killed at the scene by police or kills himself after killing as many people as possible. The death penalty wouldn’t work in a majority of these mass shootings. How long would the alleged Highland Park shooter be on the run and possibly committing more mass shootings if he didn’t drop his gun leading to his identity and capture? This case is one of the exceptions. The only answer to ending mass shootings is to ban just one weapon, the assault rifle.

Someone recently wrote in complaining that fireworks are illegal in Illinois, but guns you can have. Thank God fireworks are illegal. But, then, what in the heck were all those explosions that started in mid-June and continue today? My point is, all the laws in the world only keep decent people honest. Unfortunately, we’re surrounded by people who could not care less if their preferred activity is illegal. Police can’t, or won’t, enforce the fireworks law, and the people who shoot them off really don’t care that they’re breaking a law. The people who are shooting up our neighborhoods live outside of the law, and a thousand new “laws” won’t change their behavior. Somehow, we need to change the culture. Passing more laws is futile.

Abortion is not health care. Health care nurtures and supports a living person; it does not destroy life.