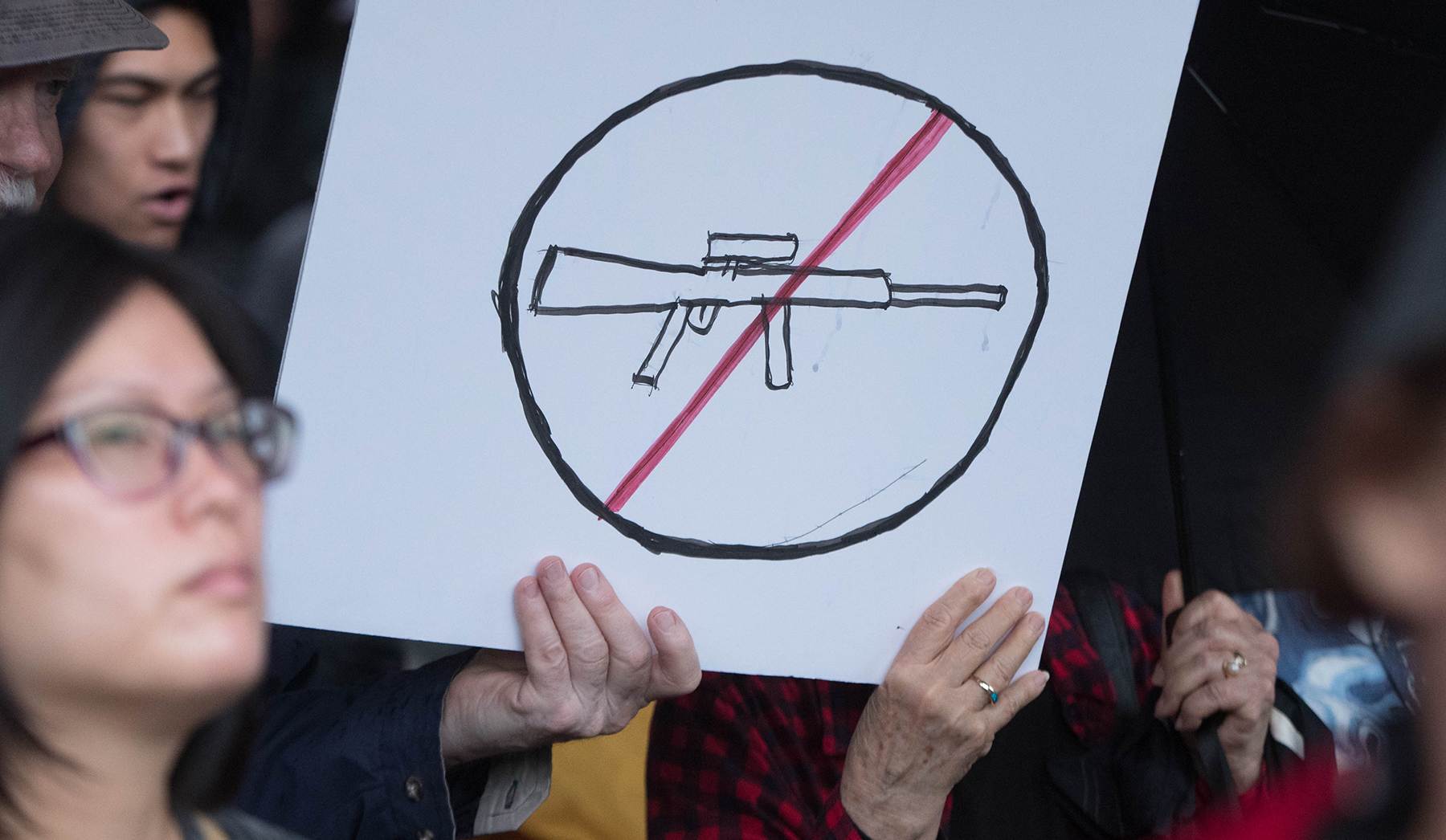 WASHINGTON — The Aloha State has some of the strongest gun control laws in the U.S., but a spate of mass shootings, from Buffalo, New York to Uvalde, Texas are pushing Democratic congressional candidates Jill Tokuda and Patrick Branco to stake out their positions on one of the nation’s most intractable political issues.

The two are competing for the open seat in Hawaii’s 2nd Congressional District, a spot that is being vacated by Kai Kahele’s decision to run for governor instead of reelection.

Tokuda, a former state senator, has been running television ads pointing to her record on gun control. That includes, she says, two dozen measures that she either co-sponsored or voted in favor of, including a 2018 ban on bump stocks and other devices that increase the speed at which conventional firearms can shoot bullets.

“Our children, families, and neighbors deserve to feel safe,” Tokuda told Civil Beat. “As a mom, living in neighborhoods free of fear of gun violence should not be negotiable.”

Branco, meanwhile, has launched a series of attacks against Tokuda for a 2012 endorsement she received from the National Rifle Association while at the same time playing up a bill he helped pass last year to strengthen Hawaii’s ghost gun law by closing a loophole that made it difficult for authorities to prosecute suspects in possession of untraceable firearms.

“I really do believe that Hawaii voters want action on this issue,” Branco said. “Just because we have low gun violence doesn’t mean we don’t care about what’s happening on the continent.”

Branco is running for Congress after just one two-year term in the Hawaii House of Representatives. Polls have shown he trails Tokuda by more than 20 percentage points.

Tokuda has downplayed the NRA’s endorsement, saying she does not recall how the organization came to support her.

“I stand by my voting record, which I think speaks for itself,” Tokuda said.

And she wasn’t the only Democratic legislator to receive the gun lobby’s endorsement that year.

According to a database maintained by Everytown for Gun Safety, a number of prominent state lawmakers, including Donovan Dela Cruz, Kalani English and Les Ihara, earned endorsements and favorable ratings from the NRA in 2012.

The bill — which has been described as the most significant gun control measure to pass Congress in decades — strengthens background checks for gun buyers under 21 years old, increases funding for mental health and sets aside millions of dollars for states to implement red flag programs that seek to keep guns out of the hands of people who are deemed dangerous to themselves or others.

Tokuda and Branco share many of the same views on where the country should head when it comes to addressing gun violence.

They support a ban on assault weapons and raising the legal age to 21 for purchasing firearms, no matter the type. They both think that federal legislation is necessary to address homemade ghost guns, which would build on rules implemented by Biden and the Justice Department to get the hard-to-trace weapons off the streets.

Branco echoed similar sentiments while at the same time acknowledging just how difficult it can be for Congress to accomplish anything in a deeply divided country in which politicians play to their base rather than look for ways to govern.

He said that it is unlikely that any major initiatives, such as an assault weapons ban, will happen if Republicans retake control of the House or Senate. He thinks Democrats need to act now if they want to accomplish anything more meaningful than what has already been passed.

“One of the things Congress should take action on right now is ending the filibuster,” Branco said. “The filibuster needs to be abolished to get there. Right now the House could pass these things, but the Senate is the roadblock.”

Both candidates said they would seek to work across the aisle on other priorities.

For Tokuda, this includes a national red flag law and banning firearms in schools, places of worship and public rallies. For Branco it’s a national ban on ghost guns and boosting the ability of the Centers for Disease Control and Prevention to study the effects of gun violence.

Todd Belt, a professor at George Washington University and director of the school’s political management program, said it’s unlikely any new gun control measures will get through the Congress any time soon given the recent passage of the bipartisan compromise bill.

While it’s easy for politicians to campaign on the promise of stricter gun control regulations, he said, any significant policy measure, such as Tokuda’s proposed ban on guns in certain spaces, will almost certainly run up against legal challenges. Belt pointed specifically to last month’s decision by the U.S. Supreme Court that struck down a New York law that had placed strict limits on where people could carry firearms outside of the home.

Sign up for our FREE morning newsletter and face each day more informed.

Chuck Haga: Thanksgiving’s over. Now let’s get to work on changing the world – Grand Forks Herald
The question is not, ‘What is it about Colorado?’ | John Moore | Arts & Entertainment
Gun group sues N.J. attorney general over public nuisance law
Liberals’ mandatory gun buyback is another boondoggle to come
Ron Porter: Cutting the deadly threads is difficult