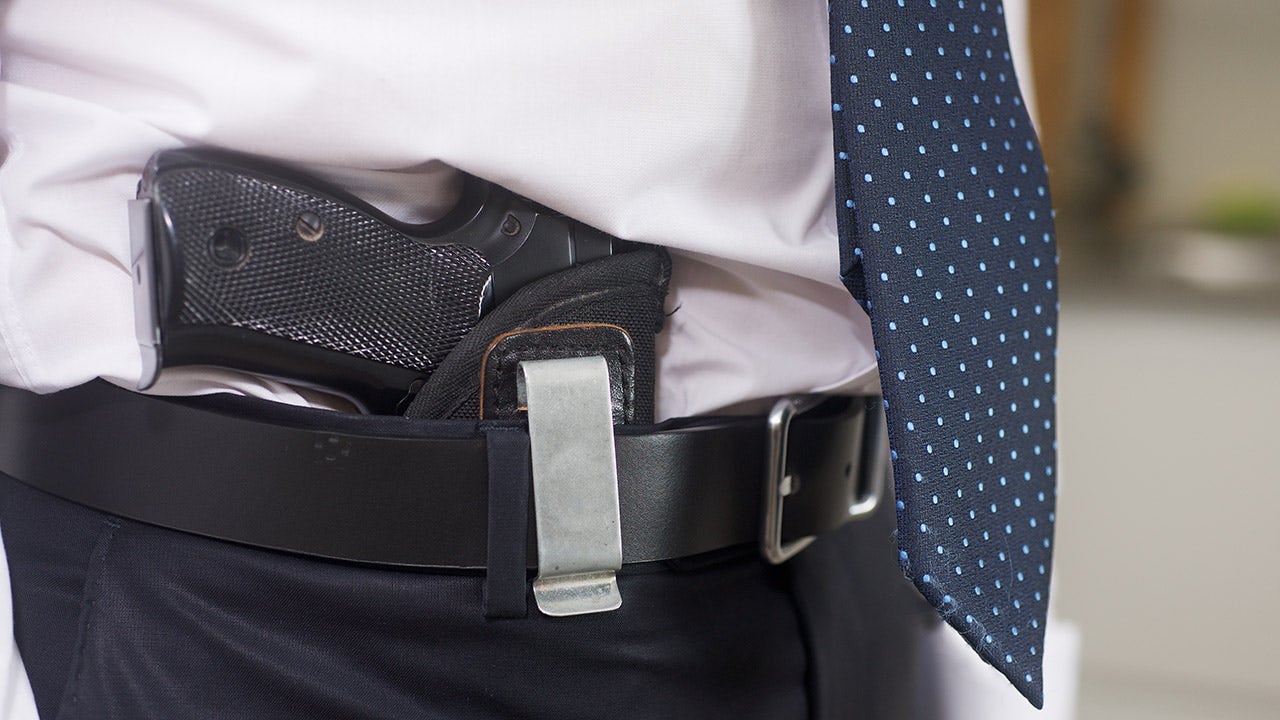 Liberal media outlets have downplayed and criticized the good guy with a gun argument in the wake of an Indianapolis shopping mall shooter who was killed by a “good Samaritan” carrying a handgun.

Police say Elisjsha Dicken, who ended a mass shooting at an Indiana mall by killing the gunman, saved lives, noting only two minutes passed from the time the suspect opened fire until when he was shot. Dicken was legally carrying his weapon at the time of the shooting under the state’s new constitutional carry law.

“Many more people would have died last night if not for the responsible armed citizen,” Greenwood Police Chief James Ison said during a press conference Monday. Ison added that Dicken’s actions were “nothing short of heroic.”

But left-leaning pundits and journalists were quick to argue a legal gun owner halting a mass shooting is a rare occurrence and is not a viable solution to mitigate gun violence in America. The media has repeatedly emphasized how dangerous and difficult bystander intervention is.

“Dealing with an active shooter is dangerous under any circumstances. Because of this, we believe law-abiding citizens should have the right to carry firearms for protection as well as have the option to use said firearms to counter active shooters since law enforcement cannot be everywhere at once. The tragedy in Indiana showed that motivated armed citizenry are a critical part of stopping such tragedies from becoming worse than they already are,” he said.

On Monday night, CNN reporter Omar Jimenez brought up statistics from Texas State University rapid response training, which purported that of 434 active shooter attacks that have occurred between 2000 and 2021, only 22 ended with an armed bystander neutralizing the shooter.

“If you look at the data, it’s incredibly rare for a bystander with a gun to stop an active shooter, but that’s exactly what happened here,” Jimenez said.

A photo of various handguns on display.
(iStock)

A CNN opinion piece from Tuesday similarly asserted that the math on armed citizens stopping shooters “doesn’t quite work.” The piece by journalist Jill Filipovic suggested that Dicken still failed to stop the gunman before he harmed others, and knocked him for breaking mall rules.

“Even with a ‘good guy’ present, the Indiana mall shooter was still able to kill three people, injure two and traumatize many others. That’s not a victory against gun violence; it’s a horrific scenario by any measure. And even the ‘good guy’ with the gun wasn’t exactly following the rules — the mall doesn’t allow weapons on its property, and he brought one in anyway,” Filipovic wrote.

On “The View” this week, some of the ABC talk show’s hosts fretted over Dicken’s actions.

“He had a gun permit, but he wasn’t supposed to be in the mall with a gun,” said co-host Sunny Hostin, claiming he broke the law. Fellow co-host Joy Behar said it was a “lucky moment.”

Lara Smith, the national spokesperson for the Liberal Gun Club, said that the statistic on the rarity of mass shooting interventions broadcasted by the media was legitimate and helpful for the world to realize how rare such mass shooting episodes relatively are. However, Smith acknowledged that the media can be biased on specific topics surrounding guns, but not because they are trying to have a bias.

“I was really pleased to see the AP style guide, you know, has finally stopped referring to AR-15s as weapons of war, like that. That just came out, I don’t know, last week, the week before. So I think that there is starting to be a better understanding of some of the technical parts of it,” Smith told Fox News Digital. “A lot of people in the gun world don’t talk to the press. They don’t talk to the mainstream media. So if you’re only getting information from [gun control groups] Brady, Giffords, that kind of thing, you do have an agenda… If your only inputs are either, the kind of standard NRA talking points or Giffords, Bloomberg, the reporting becomes biased not because the reporters are biased, but because they can only get one side of the story as input. So when they get good input, the reporting is better.”

Left: Elisjsha Dicken, 22, of Seymour, was identified as the bystander who shot and killed a gunman who opened fire at the Greenwood Park Mall Right: Greenwood Police Chief James Ison speak during a press conference at the Greenwood City Center in Greenwood, Indiana.
(Dicken Family/AP)

Stephen Gutowksi, founder of The Reload website that focuses on gun policy and politics, told Fox News Digital he believes media coverage of firearms should focus more on how they’re most commonly used.

“That’s what tends to be missing,” Gutowski said. “While there is a lot of coverage of the criminal use of firearms, there’s comparatively little coverage of guns being used in self-defense despite every credible estimate showing the latter to be more common. And the normal use of guns for target shooting, hunting, competition, or recreational shooting is almost never covered even though that is how the vast majority of firearms are used by the vast majority of people in everyday life.”

The New York Times also weighed on the debate in a piece written by Richard Fausset, Eliza Fawcett and Serge F. Kovaleski, acknowledging that although Dicken’s actions were “heroic,” they were also a “statistical unicorn.” Citing an expert on gun policy at UCLA, they wrote most states that require a permit to carry a firearm do not require active shooter response training, and that if good guys with guns was the answer, training would be required across the board.

Cam Edwards, the editor of Second Amendment news site Bearing Arms, claimed that media coverage is simply biased when it comes to concealed carry, and more specifically, the idea that armed citizens “can and do save lives.” He also stressed the importance of proper gun training.

“Every situation is different, of course, but generally speaking if someone has the means and the training to engage an individual who’s actively trying to murder as many innocent people as possible I don’t see any reason why we wouldn’t want them to act as quickly as possible,” he told Fox News Digital.

Smith too encouraged proper gun training, and said that the idea of a “good guy with a gun” argument is definitely “situation specific.” Nevertheless, she urged gun owners who heard of the Indiana shooting to get the proper resources, and not to irresponsibly dive into an active shooter situation.

“I think this situation is really the epitome of why responsible owners, if you’re going to carry, get training. He clearly had the exact training he needed. He knew what to do. He didn’t hesitate. But, you know, if you’re just somebody who thinks, oh, wow, this is great, I’m going to go, you know, be a vigilante, that’s not a great idea,” she said.

Nikolas Lanum is an associate editor for Fox News Digital.