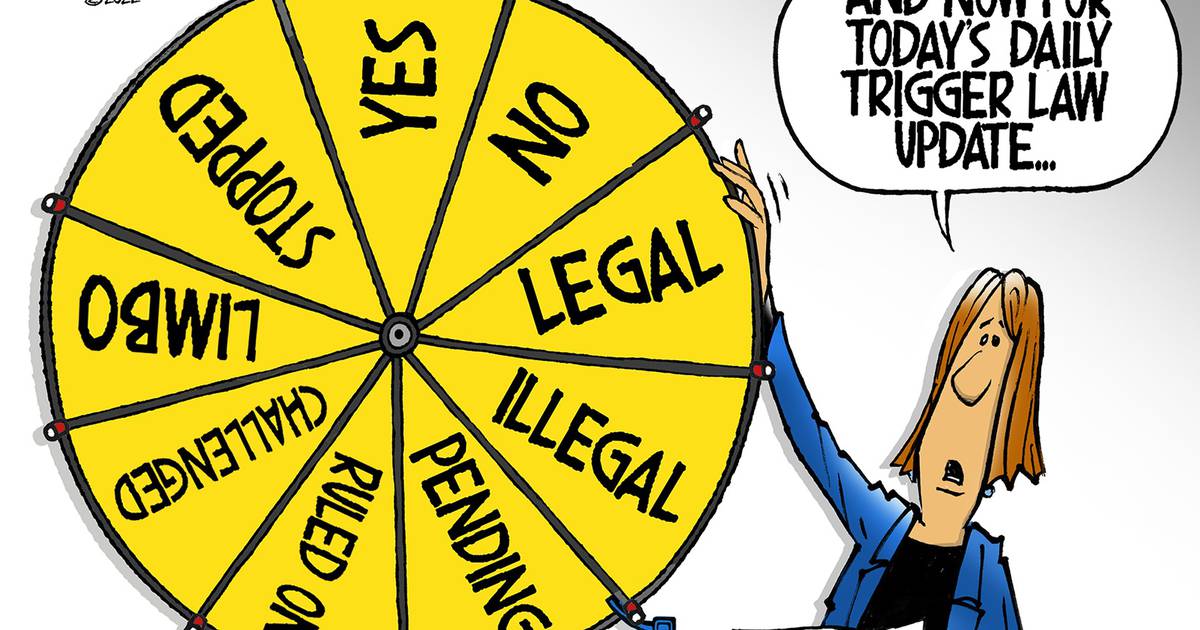 The Naperville City Council discussed an ordinance banning the sale of assault weapons in the city at its meeting this week, listening to input from the public.

Should gun dealers be banned from selling high-powered weapons? The weapons are meant only for use by the military. End of discussion. Or is it? Does it have to do with taxes brought into the city. Please, put people before money.

Currently no place is safe in America. Not schools, churches, synagogues, grocery stores, shopping malls and, most recently, a parade in our own state where people were celebrating the home of the free. A 2-year-old is now an orphan, a young child paralyzed because of that last attack. So many deaths, young, old. Heartbreaking.

Naperville has always won honors for being best. Be the best and ban the sale of assault weapons before it is too late.

We are outraged that guns are now the leading cause of death for children in America. Gun violence is first and foremost a public health and safety issue; we all have a right to live peacefully and without fear.

Naperville City Council can show leadership now. Using Naperville’s Home Rule status, our council can pass this ordinance. The proposed ordinance won’t solve everything, but it is a necessary step in the right direction. Naperville can’t wait for Springfield or D.C. to do something.

What can you do? As this ordinance makes its way through the council process, we encourage Naperville residents to reach out to their council members in support of this ordinance.

Say it ain’t so, tell me those sounds coming from the bustling but generally safe streets of Naperville weren’t gunshots. Please.

Can it possibly be true that gun violence has reached its ugly arms around the western burbs? Surely not Naperville!

So, now what? Will the sheriff in town be forced to collect all of the weapons? Isn’t that what Wyatt Earp would do?

Or maybe the town folk might start arming themselves, as preferred by the NRA.

If nothing else, the Naperville City Council’s decision on whether to ban assault weapons should prove interesting. Maybe even take a page out of “High Noon.”

Each year on July 26, we celebrate National Disability Independence Day, which also marks the 1990 signing of the Americans with Disability Act. Because of ADA, the nearly 50 million people in the United States with a disability have strong protections against discrimination as well as rights to services and other accommodations to support their full involvement in the community.

News updates from the Naperville area delivered every Monday and Wednesday

In the 41st District, which encompasses parts of Naperville and Warrenville, we’re fortunate to have several organizations that serve some of our most vulnerable — students and young adults — to not only navigate through their challenges, but to also thrive.

I invite our community to join me in supporting one of those organizations, Naperville-based Turning Pointe Autism Foundation, in a supplies and materials drive to help them carry out its mission. Similar to the goals of National Disability Independence Day, Turning Pointe seeks to create opportunities for those with autism to increase independence, encourage meaningful lifelong pursuits and enrich the community.

We’re collecting items through the end of this month to show our support for these important endeavors. Please visit www.RepYangRohr.com/events to participate.

Submit letters to the editor via email to suburbanletters@tribpub.com. Please include your name and town of residence for publication. Please include phone number and email address for confirmation. Letters should be no more than 250 to 300 words.