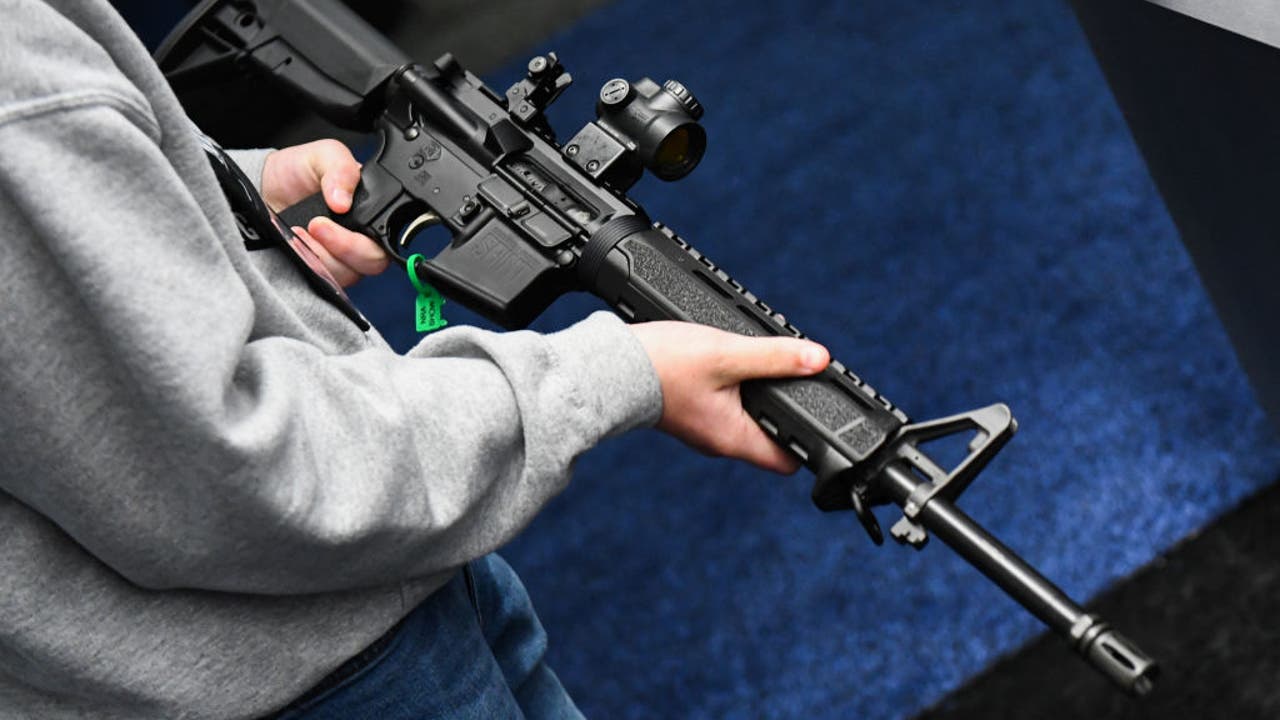 WASHINGTON – Gun makers have taken in more than $1 billion from selling AR-15-style guns over the past decade, at times marketing them as a way for young men to prove their masculinity, even as the number of mass shootings increases, according to a House investigation unveiled Wednesday.

The weapons have been used in massacres that have horrified the nation, including one that left 10 people dead at a grocery store in Buffalo and another where 19 children and two teachers were shot to death in Uvalde, Texas.

The Committee on Oversight and Reform said some ads mimic popular first-person shooter video games or tout the weapons’ military pedigree while others claim the guns will put buyers “at the top of the testosterone food chain.”

Those sales tactics are “deeply disturbing, exploitative and reckless,” said Democratic Rep. Carolyn Maloney of New York. “In short, the gun industry is profiting off the blood of innocent Americans.”

Gun makers, on the other hand, said AR-15-style rifles are responsible for a small portion of gun homicides and the blame must go to the shooters rather than their weapons.

“What we saw in Uvalde, Buffalo and Highland Park was pure evil,” said Marty Daniels, the CEO of Daniel Defense, the company that made the weapon used in Texas. “The cruelty of the murderers who committed these acts is unfathomable and deeply disturbs me, my family, my employees and millions of Americans across this country.”

However, he added later in testimony before the committee, “I believe that these murders are local problems that have to be solved locally.”

Gun violence overall spiked in 2020, but recent statistics indicate it is coming down this year in many cities.

Actor Matthew McConaughey, who grew up in Uvalde, Texas, spoke at the White House press briefing about his experiences in the town following the mass shooting at Robb Elementary School. At times becoming emotional, McConaughey told stories of meeting with the families of the children killed and how this time things may finally be different with regard to gun reforms. Telling reporters that “we’re not as divided on this as we’re being told we are,” the actor implored gun owners to step up and support reforms including raising the minimum age for assault rifle ownership to 21 and supporting background checks and waiting periods for gun ownership.

The House panel’s investigation focused on five major gunmakers, and found they took in a combined total of more than $1 billion in revenue over the past 10 years from the sale of AR-15-style firearms. The revenue numbers were released for the committee hearing focused on the marketing and sales of the firearms that have gained notoriety because of their use in the mass killings.

Two of the companies approximately tripled their revenue from the weapons over the past three years, the committee found. Daniel Defense, based near Savannah, Georgia, raised that revenue from $40 million in 2019 to more than $120 million last year. The company sells weapons like the one used in Uvalde on credit and advertises that financing can be approved “in seconds.”

Salvador Ramos, accused in the Uvalde shootings, began purchasing firearms and ammunition when he turned 18, eventually spending more than $5,000 on two AR-style rifles, ammunition and other gear in the days before the massacre, authorities have said.

Sturm, Ruger & Co.’s gross revenue, meanwhile, has nearly tripled from $39 million to $103 million since 2019, and Smith and Wesson reported that its revenues from all long guns doubled from 2019 to 2021. Gun manufacturers, the committee said, don’t gather or analyze safety data related to firearms.

The increases are against a backdrop of a record-setting overall increase in gun sales that began around the start of the coronavirus pandemic. About 8.5 million people bought guns for the first time in 2020, said Republican Rep. Jody Hice of Georgia. He added that, “American people have a right to own guns.”

The suspect in the Highland Park, Illinois, mass shooting that left seven dead and 30 others injured was charged with 7 counts of first degree murder. Robert Crimo, who dressed in women’s clothing during the shooting to conceal his identity and make an easy getaway, used a fire escape ladder to climb a business near the parade and unloaded more than 70 rounds into the crowd. More charges are expected in the coming days.

The hearing comes amid a push by House Democrats to get legislation passed that would ban certain semi-automatic weapons. It’s the lawmakers’ most far-reaching response yet to this summer’s mass shootings.

“If we renew the assault weapons ban, that would take away a key piece of what allows mass shooters to kill more people in less time without having to stop to reload,” she said.

There have been 15 mass killings this year, according to the Associated Press/USA TODAY/Northeastern University Mass Killing Database. According to that research, those incidents have left 86 dead and 63 injured. Guns were used in all of them, and in at least seven instances they were AR-15-style weapons. Mass killings are defined as incidents where at least four people are killed.

But the AR-15 and similar weapons are also popular with people who buy guns for self-defense, said Antonia Okafor, the national director of outreach for the group Gun Owners of America. Such rifles allow people, including women, to shoot a larger gun without having to absorb as much recoil.

“The AR-15 makes it easier for those who have a physical disadvantage to the attacker to have an upper hand,” she said.

Wednesday’s hearing marked the first time in 20 years that CEOs of leading gun manufacturers testified about their businesses, Maloney said.