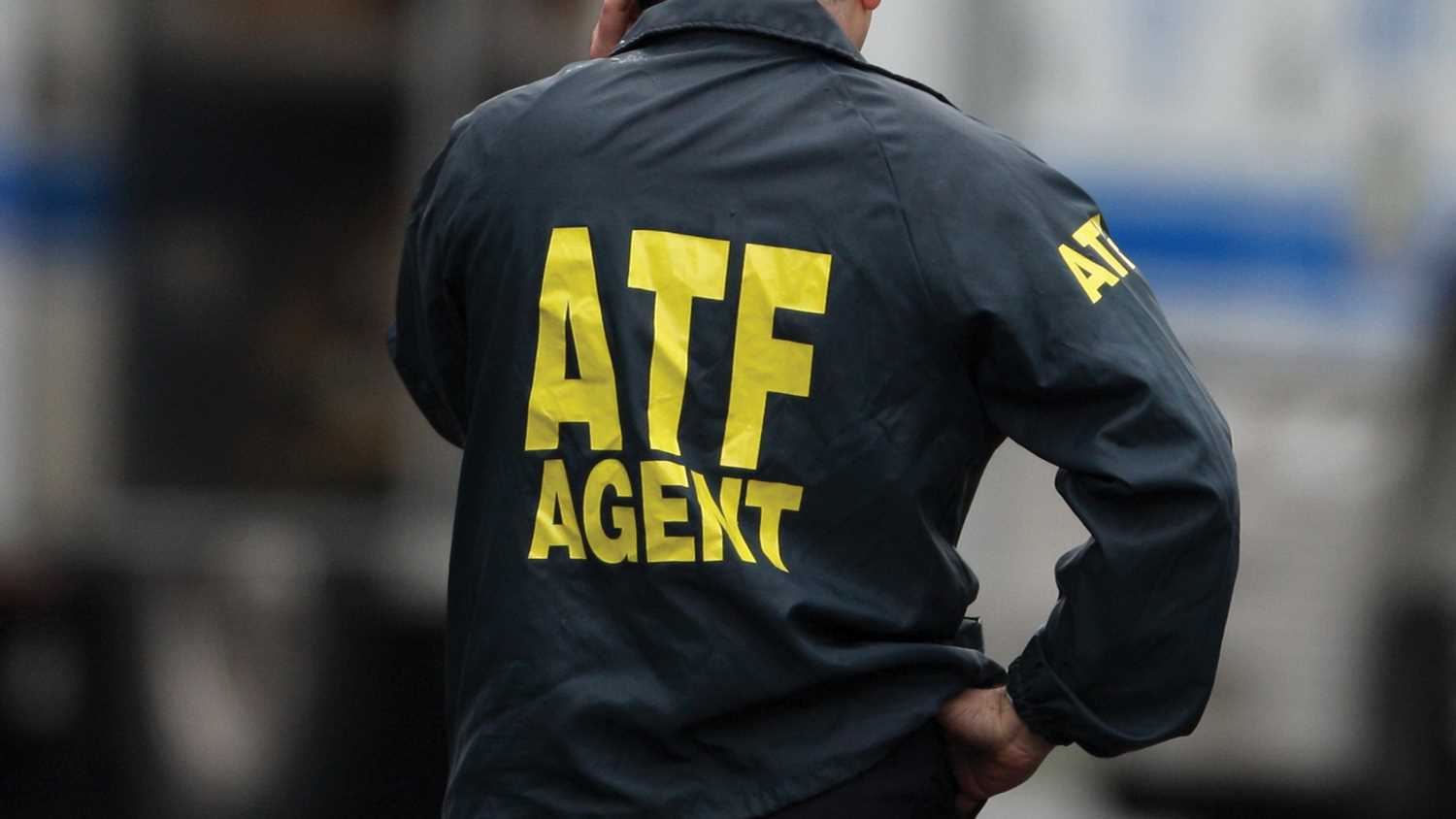 The Bureau of Alcohol, Tobacco, Firearms and Explosives appears to understand that it has an image problem. According to a recent item from the Washington Times, the ATF has been handing out flyers at gun shows that are designed to bust some “myths” about the agency. Titled “ATF Myths: Not everything you hear is true,” the ATF document juxtaposes a list of supposed “myths” with purported “facts” about the agency’s role. The problem is that the simplistic handout misleads on several key issues and fails to address gun owners’ legitimate concerns.

It is instructive to address some of the agency’s claims one at a time.

Chipman supports a ban on commonly-owned semi-automatic firearms and their magazines. The longtime ATF official also supports a policy that would require those who currently possess these firearms to register them with the government or relinquish them.

Under Chipman’s preferred policy, gun owners in possession of firearms that meet the former agent’s broad definition of “assault weapon” would only be allowed to keep their property if they register their firearms with the federal government and pay a $200 tax for the privilege. In October 2018, Chipman argued in favor of subjecting all AR-15s and potentially all semi-automatic rifles to regulation under the National Firearms Act – treating these common firearms like machine guns.

At the outset of the pandemic, Chipman demeaned lawful gun ownership. In an April 2020 interview, Chipman claimed that first-time gun owners may think “in their [own] mind they might be competent.” However, they were really “putting themselves and their families in danger” based on whether these guns were being “stored safely” and properly in the home. Sitting in what appeared to be his own kitchen, Chipman advised “those people who were first-time gun owners” to “secure that gun locked and unloaded and hide it behind the cans of tuna and beef jerky that you’ve stored in a cabinet and only bring that out if the zombies start to appear, and I don’t think they are.”

In a 2021 interview with CBS News, Chipman attacked the firearm industry, saying, “The problem is the gun industry profits by gun violence itself….” He also referred to firearms dealers as “profiting from selling (guns) to criminals and terrorists.”

Current ATF Director Steven Dettelbach has endorsed gun bans, restrictions on lawful firearms transfers, and further expansion of prohibitions on who can lawfully possess a firearm.

On June 23, 2021, the Biden administration announced a new policy of “zero tolerance for rogue gun dealers that willfully violate the law.” The policy further specified that “[a]bsent extraordinary circumstances that would need to be justified to the Director, ATF will seek to revoke the licenses of dealers the first time that they violate federal law…” for certain specified violations.

Then, last December, ATF updated its Federal Firearms Licensee Quick Reference and Best Practices Guide. The updated guide makes clear that “ATF will, absent extraordinary circumstances, initiate proceedings to revoke the license of any dealer that has committed a willful regulatory violation of the Gun Control Act (GCA) for specified violations.”

Despite the Biden administration’s colorful characterization of the dealers they claim to be targeting, their “zero tolerance” policy can result in the revocation of a well-meaning gun dealer’s FFL for minor mistakes, including simple paperwork errors. The new “zero tolerance” policy has a clear aim of reducing the number of federally licensed dealers, which will in turn make it more difficult for law-abiding Americans to exercise their Second Amendment rights.

Even a cursory look at ATF’s record during the Biden administration and these two high-profile ATF-affiliated individuals makes clear that the agency’s claim that it “supports the firearms industry & works to promote lawful gun ownership” is downright laughable.

ATF must think gun owners are completely ignorant of the workings of the modern administrative state. In fact, most of the legislating that occurs in the U.S. is carried out by administrative agencies in the form of federal regulations and increasingly creative interpretations of federal statute.

On May 21, 2021, ATF published proposed rule 2021R-05F in the Federal Register entitled “Definition of ‘Frame or Receiver’ and Identification of Firearms.”

Chiefly, the rule targets the traditional American practice of making firearms for private use without government interference. In doing so, the proposed rule would create new definitions for the terms “firearm frame or receiver,” “frame or receiver,” “firearm,” “gunsmith,” “complete weapon,” “complete muffler or silencer device,” “privately made firearm,” and “readily.” The new definitions make it possible for firearms to have more than one “frame or receiver.” A conclusion that is both at odds with the controlling federal statute and could disrupt the entire industry.

In addition to these changes, ATF is seeking to create an entirely new process for licensed firearm dealers to apply serial numbers to unserialized firearms that come into their possession and to require the indefinite storage of firearm records by licensees. That requirement likewise has no basis in federal statutes.

On June 7, 2021 ATF announced ATF proposed rule 2021R-08, “Factoring Criteria for Firearms with Attached ‘Stabilizing Braces.’” This rule is aimed at making nearly all configurations of pistols equipped with popular stabilizing braces subject to the taxation and registration requirements of the National Firearms Act. The proposed rule lays out a convoluted points system, similar to the one used for handgun importation, to determine if a given firearm when equipped with a stabilizing brace is an NFA firearm.

These new legal regimes would arise due to ATF lawmaking, without input from Congress.

ATF is prohibited by federal law from maintaining a gun registry. However, that’s not the whole story.

Federal law requires those who purchase a firearm at a gun dealer (Federal Firearms Licensee or FFL) to fill out a form 4473. This record of the firearm transfer is then stored by the dealer on their premises. This creates a system whereby if a gun is found at a crime scene, ATF can trace the firearm to the last retail purchase. However, since the records are stored with each FFL, the system is decentralized in a manner that protects against government abuse of gun owner data.

Gun dealers are required to maintain 4473s for 20 years. When a dealer goes out of business, they must send their last 20 years of records to ATF’s National Tracing Center to facilitate firearm traces.

Even though the National Tracing Center database cannot be used to connect an individual to the firearms they own, the records have the potential to be abused. In fact, the records maintained by ATF could facilitate gun confiscation.

For example, In February 1994, Treasury Secretary Lloyd Bentsen (ATF was then under the Department of the Treasury) announced the reclassification of three models of shotgun as destructive devices. Under Bentsen’s view, the Striker 12/Streetsweeper and USAS-12 shotguns were not “generally recognized as particularly suitable for sporting purposes” and thus met the definition of “destructive devises.” Up until this point, these shotguns had been sold in the same manner as any non-NFA firearm.

In a press release announcing the reclassification, ATF explained how they intended to enforce the new ruling,

ATF will be working with the manufacturers and federally licensed firearms dealers to determine who owns these weapons. All owners will be receiving a notice from ATF with instructions on registering the weapons. Owners will be given 30 days from the time the receive ATF’s notice to register the weapons without payment of the transfer tax. Any weapons not registered within that time will be subject to seizure and forfeiture, and the owner could be subject to a criminal fine of up to $250,000, or up to 10 years in jail, or both.

This is sometimes referred to as a forward trace. Rather than working from a gun found at a crime scene, ATF went to the manufacturers of the newly-restricted firearms and then followed the paper trail forward to the 4473 of the lawful purchasers.

In this instance, gun owners who had complied with the law when purchasing their shotgun were forced to register themselves with the government or forfeit their firearm. It is easy to see how the National Tracing Center database would help to facilitate the further harassment of law-abiding gun owners or even the type of gun confiscation that President Biden and Vice President Kamala Harris have advocated.

Worse, ATF is using administrative lawmaking in combination with the tracing regime to make this database more comprehensive. The previously discussed rule 2021R-08 would require FFLs to maintain 4473s indefinitely, rather than the currently required 20 years.

The Federal Bureau of Investigation does operate the NICS system, in that it operates the actual computer system that is used for background checks. However, it is ATF that determines, and routinely expands upon, the scope of the prohibited persons categories laid out in 18 USC 922(g) that are then used to inform the NICS.

Consider, Congress stated in 18 USC 922(g)(3) that firearm possession is unlawful by any person who is an “unlawful user of or addicted to any controlled substance.”

From nine words in the statute to 264 words in the ATF-written federal regulation. This makes it clear that ATF has significant control over what ends up disqualifying a person from possessing firearm via NICS and that, as noted earlier, the agency has significant administrative lawmaking power.

If ATF truly wants to burnish its image, the agency might try ditching this ham-fisted public relations campaign and going after those who misuse firearms to commit violent crime rather than concocting new administrative gun controls and targeting well-meaning gun owners and FFLs over technical violations.