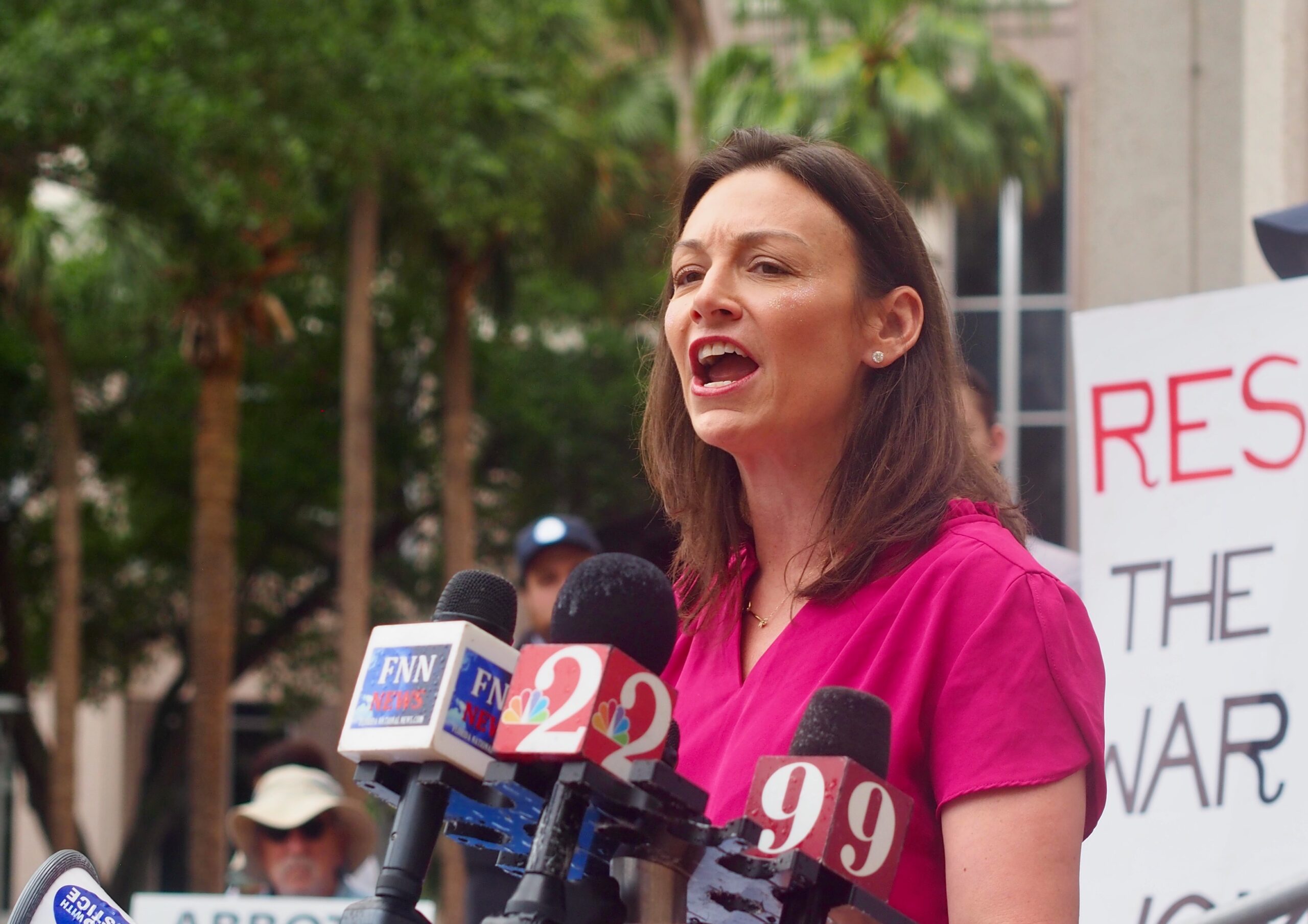 Agriculture Commissioner Nikki Fried is calling for new, blue blood in the Governor’s Mansion with her first TV ad of the campaign.

The ad, which dropped with just over three weeks remaining in the Florida Democratic gubernatorial Primary, calls out Republican Gov. Ron DeSantis by name and takes subtle jabs at the Democratic front-runner and U.S. Rep. Charlie Crist, a former Republican and independent Governor.

Fried’s campaign has targeted Crist for his record as a Republican and his continued insistence he is both “pro-choice” and “for life.” The campaign has hoped abortion issues will be particularly salient for Primary and General Election voters after the U.S. Supreme Court overturned Roe v. Wade with Dobbs v. Jackson Women’s Health Organization earlier this year.

“Florida’s had 46 Governors, some good, some bad — and one, depends on which way the wind’s blowing. But with Roe gone, our cost of living out of control and no ban on assault weapons, we have to try something new,” Fried says.

The ad, released Monday, places Fried in a field of 46 mannequins representing the 46 Governors, including two for the one Governor with nonconsecutive terms, William Bloxham. Walking down the rows of Governors, Fried touts herself as the “only statewide elected Democrat, only pro-choice Democrat, only Democrat to have never taken a dime from the National Rifle Association.”

Fried would also be the first woman elected Governor of Florida and is the only woman in the race.

Crist, first elected to Congress in 2016, is the presumed front-runner in the race. He was previously elected to one term as Governor as a Republican in 2006. However, he left the party in 2010 ahead of an unsuccessful independent bid for the U.S. Senate and registered as a Democrat in 2012. He was also elected Florida’s Attorney General in 2002 as a Republican.

Fried was elected Agriculture Commissioner in 2018 and is the only Florida Democrat to win a statewide race since then-President Barack Obama and then-U.S. Sen. Bill Nelson were re-elected in 2012. She won her race by less than 7,000 votes, less than one-tenth of a percentage point.

Crist, who was also the Democratic gubernatorial nominee in 2014, has far outraised Fried, and polls have consistently shown him leading the Primary. However, each trails DeSantis on both fronts.

Mail-in voting has already begun in Florida, but Election Day for the Primary is Aug. 23. The General Election will be held Nov. 8.