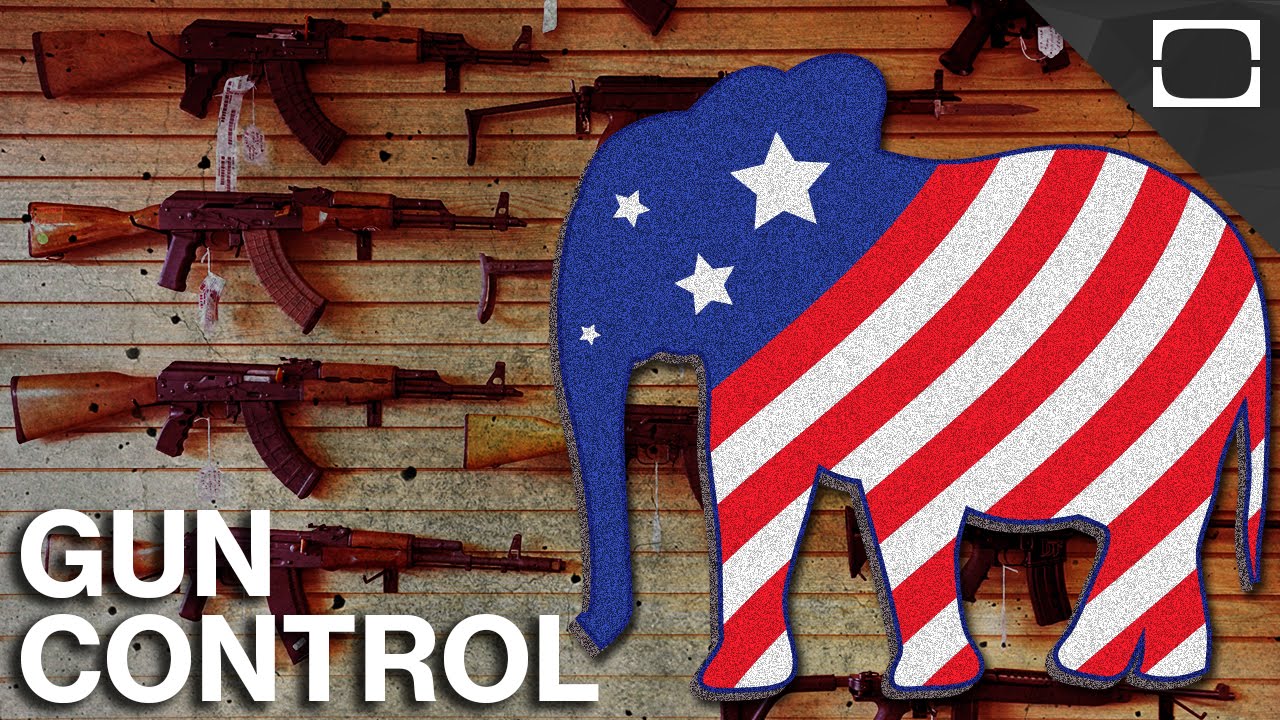 You are here: Home / Health / Guns And The Blame Game; Penny For Republican Thoughts!
Like

Gun violence affects society in many ways, including higher medical costs, reductions in quality of life because of fear of gun violence and stresses on the already fragile criminal justice system. The United States has the highest rate of gun-related injuries among developed nations, as well as the highest rate of gun ownership. Psychologists and other public health scientists are working hard; from this writer’s perspective, to develop effective methods to reduce gun violence. The foolishness of the political drag has caused me to write this article.

Some prominent Conservative Republicans are not sure who or what to blame for gun violence in the United States.

What they do know is that guns are not to blame. As a freelance journalist this writer has come to know that you can’t make this stuff up! Having written on this subject for years to the chagrin of proponent invoking second amendment rights. Yes, with no regret I have come under attack from the wacky left gun toters; nevertheless, here goes!

The Republican list of possible culprits of gun violence runs from zombies to black people, to Covid vaccines, to women, and video games.

They are not entertaining the idea of regulating guns. Not that the National Rifle Association (NRA) money has anything to do with it.

Here are some of the possible perpetrators per Republican logic:

Blake Marsters blames black people for mass shootings in the US.

According to the Republican Senate candidate for Arizona:  “It’s gangs. It’s people in Chicago, St. Louis shooting each other. Very often, you know, Black people, frankly. And the Democrats don’t want to do anything about that.”

Marsters stuck to his guns even after facing backlash, calling his absurd statements ‘simple facts.’

According to Billy Long, guns are mere ‘inanimate objects’ and have no part in the tragic shootings.

The Republican representative from Missouri doesn’t think that gun laws can reduce the occurrence of mass shootings.

Billy Long has set his eyes on an entirely different culprit: abortions.

In his own words: “When I was growing up in Springfield, you had one or two murders a year. Now, we have two, three, four a week in Springfield, Missouri, so something has happened to our society, and I go back to abortion. When we decided it was OK to murder kids in their mother’s wombs, life has no value to a lot of these folks.”

Never mind that people who get abortions are not the same people who carry out mass shootings.

Says the Texa representative: “There’s been a noticeable breakdown of the family, there’s been an erosion of faith, and there’s been a seismic drop in social interaction in large measure due to the overuse of these dang smartphones and the proliferation of social media, which is probably better described as anti-social media,” Fallon said.

Tucker Carlson is a News Anchor on Fox News. He has a simple if not baffling explanation for the rise of mass shooters.

“They are high on government-endorsed weed,” he says. Well okay Carlson.

According to Marjorie Taylor Greene, school shooters are reacting to medication for depression, thought disorders, and anxiety.

The Georgia representative had this to say: “meds like SSRIs … cause suicidal and homicidal thoughts,” among other serious side effects. Again, penny for your thoughts Ms. Greene!

Heather Ann Sprague thought a transgender teacher was to blame for the Uvalde shooter. According to the Republican politician, liberal teachers are driving kids to violence.

Here is a Facebook post from Sprague: “All I have to say is this is the result of what happens when kids are pushed past their limits. It’s obvious he was brainwashed in school by liberal teachers to think he shouldn’t be a male. If this crap doesn’t stop, we will have more shootings because there are a lot more confused, fed up and now mentally ill kids out there thanks to the #publicschoolsystem THIS is why I have been TRYING to get the truth out about what the schools are doing to our youth because it’s DANGEROUS.”

Tucker Carlson thinks that women cause mass shootings by talking about male privilege.

The Fox TV host thinks shooters reach for guns because: “the authorities in their lives ? mostly women ? never stops lecturing them about their so-called privilege.”

It turns out that women are also causing gun violence by stealing jobs. In a 2009 blog post that disappeared after it was published, Jim Rubens blames working women for rampant shootings.

The former Senator for New Hampshire wrote that unemployed males were so stressed they were committing ‘acts of extreme violence.’

This alarming take is from a security analyst and former detective with the NYPD.

Brosnan said that if shooters were vaccinated, they would lose their fear of contracting Covid-19 and come out and shoot people.

Mike Huckabee said that mass shooters were ‘disconnected from a God who values all people’ and full of ‘hate inside the heart.’

Speaking after a spate of shootings in Dayton and El Paso, the Arkansas governor also blamed a loss of morality for the shootings.

Huckabee believes that teaching Christianity in schools can solve the problem of gun violence.

Ted Cruz believes that ‘declining church attendance’ is to blame for shootings.

The Senator for Texas told an NRA convention in Houston that people neglecting religion and skipping church was causing tragic shootings.

He was speaking just days after a mass shooting at an elementary school in Uvalde; Texas.

Both Ted Cruz and Donald Trump have blamed mass shootings on video games.

Said Donald Trump: “We must stop the glorification of violence in our society… This includes the gruesome and grisly video games that are now commonplace.”

“Why is our culture suddenly producing so many young men who want to murder innocent people?” Lee posed. He added: “it raises questions like, could fatherlessness, the breakdown of families, isolation from civil society, or the glorification of violence be contributing factors?”

Ron Johnson thinks that mass shootings are a product of Critical Race Theory and ‘wokeness.’

According to the Wisconsin Senator, schools are teaching wokeness. “We stopped teaching values in so many of our schools.

Now we’re teaching wokeness,” said Johnson in the wake of the Uvalde shooting.

He also refers to CRT as indoctrination. “We’re indoctrinating our children with things like CRT, telling, you know, some children they’re not equal to others and they’re the cause of other people’s problems.”

Indeed, you read that right. Rick Santorum thinks we need even more guns in civilian hands.

The former Senator from Pennsylvania argued that people with guns could have stopped the El Paso.

But Texas is an open-carry state. So nothing was preventing the shoppers from using guns for protection.

Matt Bevin has blamed mass shootings on zombies. Don’t take my word for it. Here it is in his words:

“What’s the most popular topic that seems to be in every cable television network? Television shows are all about, what? Zombies! I don’t get it … now it’s all about zombies. Which is what we are. We celebrate death.”

According to the Kentucky governor, watching Zombies on TV is celebrating death. “When a culture is surrounded by, inundated by, rewards things that celebrate death, whether it is zombies in television shows, the number of abortions…there’s a thousand justifications for why we do this,” Bevin said. Please bear in mind these are quotes from the actual persons that uttered them! You just can not make this stuff up!

Let’s get real about negative thoughts!

There is much we can do to address the contributors to violent thoughts of people (young and old) that contributed to the rash of recent violent gun attacks, including addressing poverty, broadening access to mental health care, and strengthening supportive networks. Remember, violent thoughts are not unique to us as a nation. America suffers more shootings because it is so much easier for even fleeting violent thoughts here to be immediately translated into deadly action thanks to easy access to military grade weaponry. Getting guns of destruction such as Ar-15 rifles and the like out of the hands and off the minds of the would-be perpetrators is job 1. Let’s put a stop to the blame game! This is a problem we must demand that our courts and legislator’s address if we are to remain a free Democratic Republic.

Chuck Haga: We care, fret and worry. But what are we supposed to do? – Grand Forks Herald
Number One Responsibility for All 46 Presidents Is Contained in the Oath of Office: Protect the Constitution
Oregon Measure 114 gun control challenge heard in court
Oregon Measure 114: Sheriffs, police chiefs tell judge their agencies are ‘unprepared’ to support gun permit program
ILA | Ohio: Emergency Powers Bill Advances to House Floor