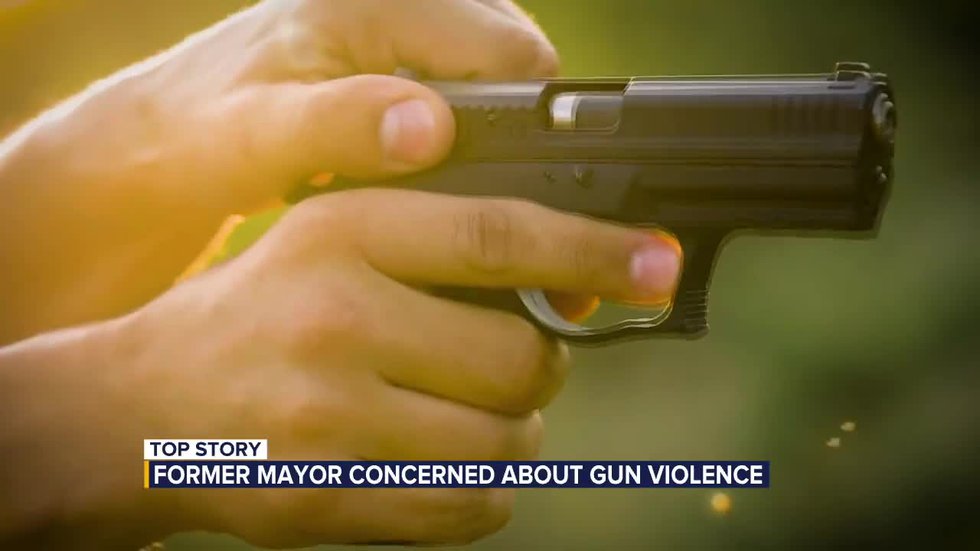 SIOUX FALLS, S.D. (Dakota News Now) -When Rick Knobe was Sioux Falls Mayor, high school students could still have their guns in a gun rack in the back of their pickup on school grounds. But, the world has changed greatly, and Knobe believes we should adapt for the safety of our neighbors and family.

Knobe says he is thankful none of these reports have involved serious injuries or deaths.

“We’ve been fortunate here. We haven’t had a mass murder attempt,” said Knobe.

He’s presented his ideas to the Sioux Falls public school board, Sioux falls City Council, and Minnehaha County Commission during public input time. Even if you don’t agree, Knobe hopes you’ll hear him out on his ideas, such as requiring a gun license and having the weapon insured.

“If I want to drive a car, I have to pass a test to show I’m competent. I have to get insurance to prove that I’m capable of paying the bill if something happens,” said Knobe.

And increasing the age for gun ownership for those not in the military is another of his ideas. Knobe believes it will keep weapons out of the hands of younger people.

“The average human brain doesn’t fully develop until 25. The part that isn’t mature yet is impulse control,” said Knobe.

He hopes having conversations now could prevent tragedy in Sioux Falls in the future.

“The school board, the county commission, and other business leaders in the community nod their heads up and down about ‘Yeah, this is an issue,’ but I don’t sense I don’t feel I don’t hear them digging in as a community to figure out you know, ‘what can we do to do things better?” ” said Knobe.

“I’m not criticizing the sheriff or the police department. I mean, they’re on this every day,” said Knobe.

Officer Sam Clemens says one of the strengths of local law enforcement is how well all agencies work and train together for a mass shooting scenario.

“We have training at least once a year. That handles active shooter-type responses. And we know saving lives is a priority,” said Clemens.

“I believe that we should have a concealed carry permit in the state. I believe it. Over 80% of South Dakotans believe that too. And we got rid of that. And I also voted against carrying in the Capitol, and the legislature again, in their extreme wisdom, decided no, we should do that even though the people that protect us, the Highway Patrol, thought that maybe that wasn’t the best,” said Smith.

We asked Governor Kristi Noem about her thoughts on gun violence in South Dakota a received a link to her NRA speech in May.

“This is the time to protect the future of our children and grandchildren,” said Noem. “If we limit the average citizen from having a firearm, will that keep those who choose to ignore the law from accessing one as well?”

Knobe hopes that bringing his ideas will spark conversation for local government to ask, ‘What if?’ and talk about gun violence prevention ideas.

“You are on the front line when the bullets start flying and stop flying; you and your people will be responsible for responding,” said Knobe

He sees a benefit in reporting private gun sales and providing greater mental health care in the community as a measure for gun violence prevention.