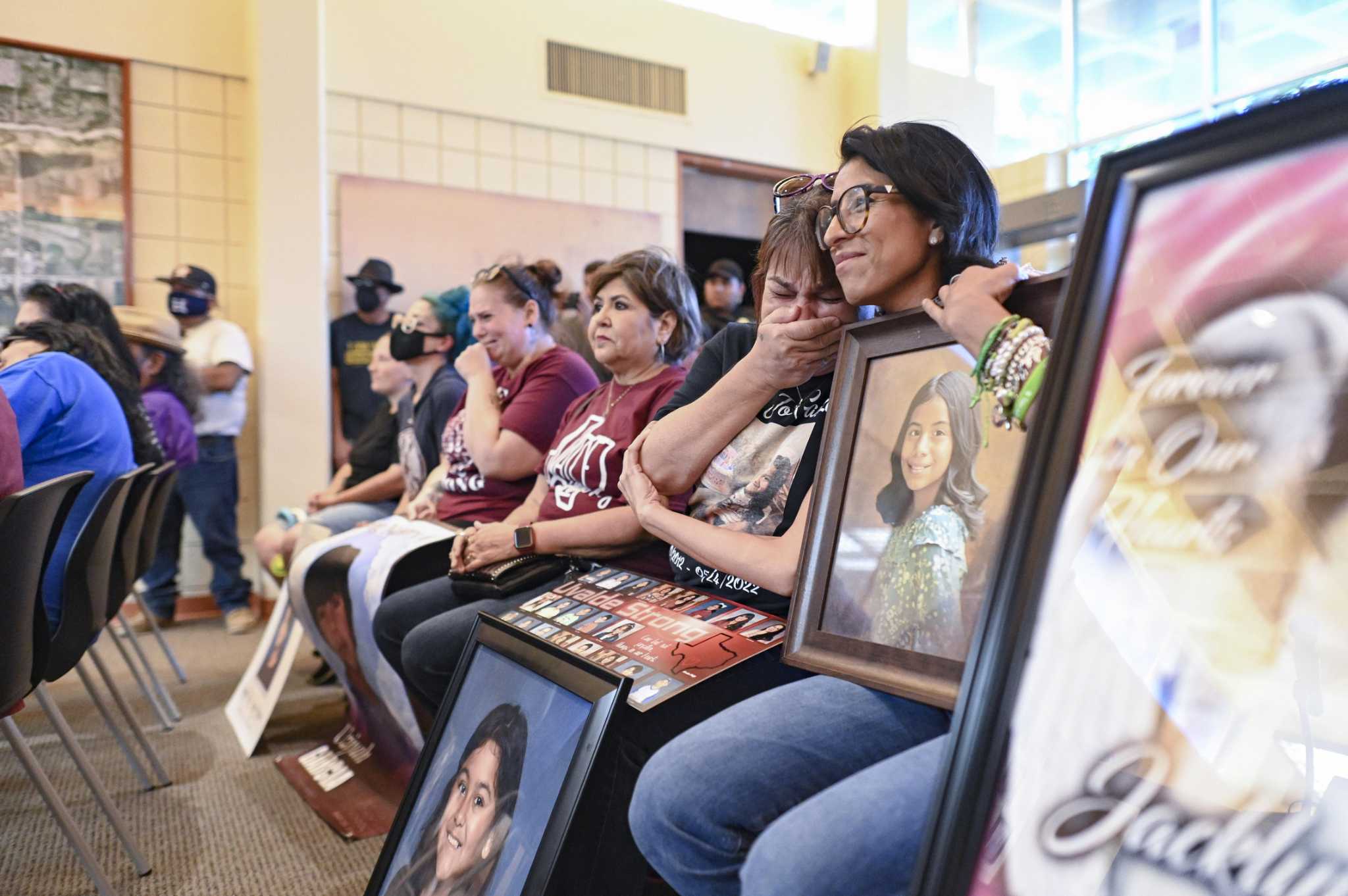 This is a carousel. Use Next and Previous buttons to navigate

There has not been a good day for Uvalde families since May 24, when a gunman murdered 19 children and two teachers at Robb Elementary School.

And while the Aug. 1 decision in Hondo to nix a National Rifle Association-affiliated event there doesn’t qualify as a “good” day, it does count as a win for grieving families. Their advocacy made a difference, leading the Hondo City Council, by a 4-1 vote, to revoke a city rental hall agreement with the Medina Area Friends of NRA, which planned to hold a fundraiser there.

We applaud Dr. Roy Guerrero, the Uvalde pediatrician who organized the lobby effort as part of his “Uvalde Strong for Gun Safety” group, and all the Uvalde community members who showed up to ensure their voices were heard.

The fundraiser was a raffle for an AR-15, a weapon similar to one used in the Uvalde school massacre — and in so many others. It was inappropriate before the school massacre and egregiously so after.

Some of the parents and relatives of victims who drove the 40 miles to Hondo held photos of the Robb Elementary School shooting victims. That’s where the focus needs to be: on the children and teachers who were murdered. A raffle for guns shows no respect to the families who have lost so much and is no way to honor the Second Amendment.

Guerrero’s group has heard of a similar fundraiser planned in neighboring Del Rio by Amistad Friends of NRA for Oct. 1.