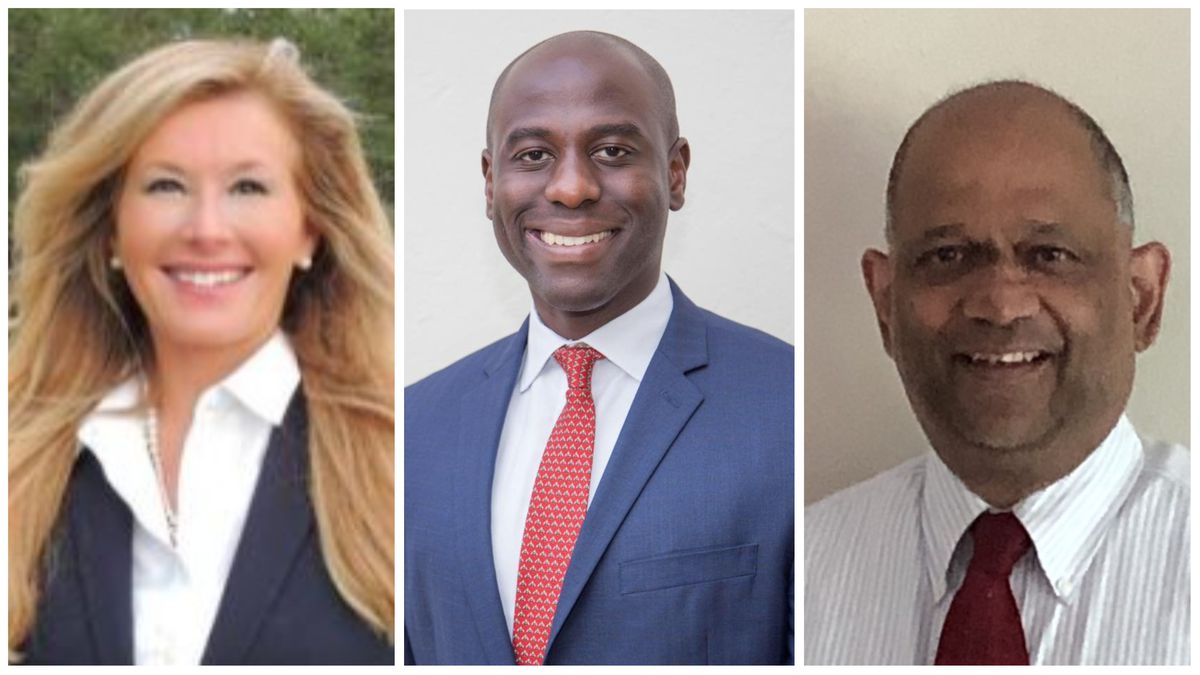 In the race for the House District 59 primary, three Republican candidates are vying to prove they’re the one with the conservative values the district needs.

Voters will decide among Jennifer Wilson, Berny Jacques and Dipak Nadkarni on Aug. 23. The winner will face Democratic candidate Dawn Douglas in November to replace Nick DiCeglie, who is leaving due to term limits. In the Republican-leaning district, the primary winner will be the general election favorite.

Wilson, 39, is a business lawyer. She has worked for the Florida Senate and was a senior adviser to three former local Republicans — former Sens. Jack Latvala of Clearwater and Victor Crist of Tampa and former Senate President Tom Lee.

Due to her background in law and politics, Wilson’s website says she is a “true public servant who can be trusted to protect our constitutional rights and to keep our economy on track to a full pre-pandemic recovery.” She is backed by DiCeglie.

Wilson did not respond to multiple calls and emails from the Tampa Bay Times.

Jacques, 35, also has a background in law as a former prosecutor. He is currently the senior partnerships director at Big Brothers Big Sisters of Tampa Bay and sits on Florida’s Sixth Circuit Judicial Nominating Commission.

Jacques, who lost against DiCeglie in 2018, said he is running because he wants to protect the constitutional freedoms and opportunities he had growing up in Florida. Those include what he calls health freedom, such as abolishing vaccine and mask mandates, the Second Amendment and parents’ rights to control their children’s education.

Jacques sees affordable housing as a major issue confronting the district as more people move to Florida. He would incentivize property tax relief, as well as address out-of-state interests that are buying homes to flip them into high-cost rentals.

As a former prosecutor, Jacques also hopes to prioritize public safety by supporting law enforcement and maintaining its funding. He has garnered endorsements from the National Rifle Association and the Florida Fraternal Order of Police.

He said he’s the best candidate because of his “genuine, grassroots conservative values” and he “truly represents everyday people, the working people, and not just special interests.”

Jacques is currently enmeshed in a lawsuit against political operatives he claims are working in support of Wilson and “establishment Republicans” and “RINO’s,” or Republicans in name only. The suit alleges that operatives sent out attack mailers with a fabricated YouTube rap music playlist, with Jacques accusing them of racism and defamation. Jacques is positioning himself as a “constitutional conservative and social conservative.”

Nadkarni, 61, grew up in Largo and recently retired from his role as a Navy physician. He is looking to continue his years of service in this role and views investments in roads and other infrastructure, wetlands protections and clean water as the main issues in the district right now.

Get insights into Florida politics

Political editor Emily L. Mahoney will send you a rundown on local, state and national politics coverage every Thursday.

You’re all signed up!

Want more of our free, weekly newsletters in your inbox? Let’s get started.

Explore all your options

“Our county cannot build beyond its means,” he said.

Compared to his opponents, he said his leadership experience in the Navy makes him the “true conservative who fought America’s real enemies.”

Early voting continues until Aug. 21. Mail ballots must be received by the Pinellas County Supervisor of Elections Office by 7 p.m. Aug. 23.