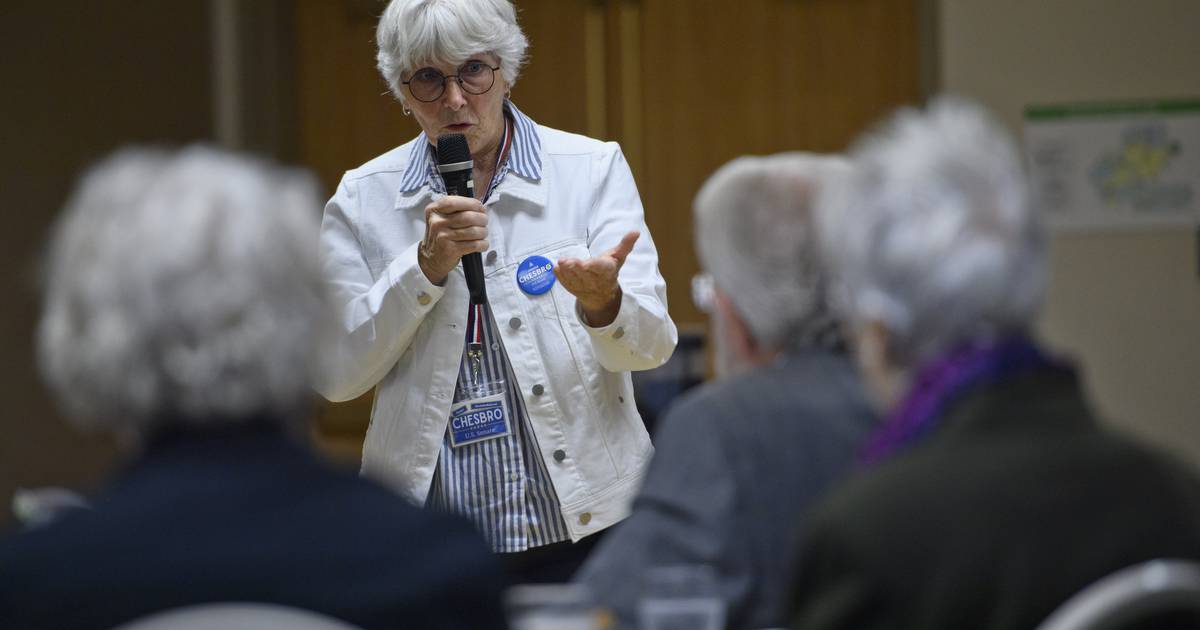 I’m voting for Pat Chesbro for Alaska’s U.S. senator because I care about woman’s rights, the health of our planet and curbing gun violence. Pat Chesbro is 100% pro-choice. She will work to limit greenhouse gases that are damaging the Arctic and causing climate havoc, and to implement sensible gun laws in our country.

Once I admired Sen. Lisa Murkowski. She was great in the Alaska Legislature. But when her father appointed her to the U.S. Senate, she changed. She began to vote the GOP party line.

Some of my friends are voting for Murkowski, but I can’t. As much as anyone, Murkowski is responsible for the radical makeup of the Supreme Court that overturned Roe v. Wade. She chose her own personal power in the Republican party over women’s rights and women lost.

Recently, Murkowski voted with the Republican Party to block a vote to codify the protections of Roe into federal law. Alaska women are fortunate that our state isn’t dependent on the lost federal right to have an abortion.

Moderates and Democrats saved Murkowski’s reelection campaign in 2010, when she lost the primary by an extreme-right candidate. But Murkowski is not the centrist we had hoped for. Consider the climate crisis.

Murkowski acknowledges that climate change is a problem that needs to be addressed, but what has she done to help? She promotes more drilling and development of oil and gas. It’s past time to stop new leasing and development of these energy sources. I acknowledge that Alaska has long been dependent on oil and gas, but we must accelerate the transition to renewables. Already we see the destruction of coastal Alaska communities and impacts on salmon runs and marine mammals that climate change is causing.

The League of Conservation Voters has given Lisa a lifetime score of 21% on its National Environmental Scorecard.

Finally, with events like the Uvalde school shooting and so many other mass shootings, no one can deny American has a gun problem. Pat Chesbro lost her daughter to gun violence. She understands the devastating costs.

Chesbro does not want to take away guns as a tool for hunting or self-defense in rural areas. But there is no reason anyone needs powerful military-style weapons designed to kill humans. It just doesn’t make sense.

Alaska had the second-highest firearm suicide rate in the U.S. in 2019. Yet Congress can’t even make gun owners lock up their firearms when not in use. Research shows secure storage practices play a vital role in reducing the risk of gun violence. Storing firearms securely protects children and adults by preventing unintentional shootings and gun suicides.

Murkowski has an A rating from the National Rifle Association for her support of gun rights. Lisa was one of 46 senators to vote against expanding background checks to all gun show and internet sales in April 2013. She has voted in favor of concealed carry reciprocity law enabling Americans to carry their concealed gun in any state.

If you care about restoring reproductive freedom, keeping our climate livable and stopping unnecessary gun violence, please join me in voting for Pat Chesbro, an Alaska educator with a long record of public service. If you are concerned about Kelly Tshibaka, then rank Lisa Murkowski as your second choice in the general election.

Robin Smith is a small-business owner. She lives in Anchorage.