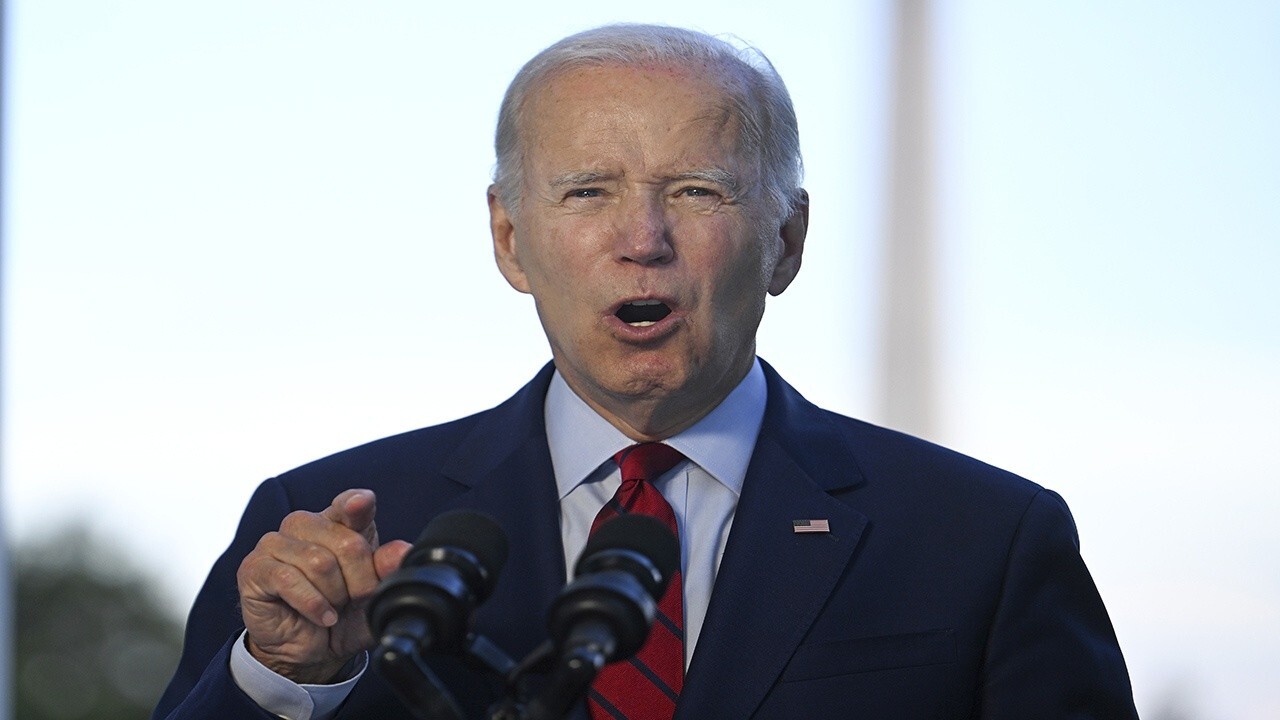 President Joe Biden was feeling extra folksy Tuesday night as he laid out his Safer America Plan in Wilkes-Barre, Pennsylvania, his home state, reminiscing about his youth in nearby Scranton. And like the quaint simplicity of his boyhood, his remedy for rising violence was “based on a simple notion”: just more police and fewer guns. And to let viewers know how seriously he takes the whole crime thing, Biden reiterated some version of “I’m not joking” or “I mean it” 16 times in his 35-minute speech.

But he might as well have been joking. Because without rebuilding the rule of law—which includes the entirely omitted elements of prosecution and incarceration—he will neither attract police to fill depleted ranks nor dissuade criminals from owning, carrying and firing the guns they will still be able to get, even if Biden attains his desired assault weapons ban.

Biden preached the need to rebuild frayed trust in police, implying that Black Americans never know when cops may shoot them “simply jogging, sleeping in their homes.” He blames this fear for why, unlike in his bucolic childhood, now “victims don’t call for help, witnesses don’t come forward.”

But the president need look no farther than downstate Philadelphia to understand why citizens have become genuinely afraid to report crimes. Last year, when Philly’s homicide rate broke a half-century record – and 90% of these murders were fatal shootings – progressive District Attorney Larry Krasner dismissed 63% of firearm possession cases and convicted only 32%. Compare that to just five years ago, when only 28% of gun possession cases were dismissed and 62% reached convictions.

Of course little old ladies and hardworking dads aren’t coming forward like they used to. Not because of scary responding officers, but because when violent criminals get arrested, they are right back on their victims’ streets the same day, looking for vengeance.

And that’s assuming there’s even an arrest. Mirroring states nationwide, Pennsylvania not only saw a 46% rise in murders between 2019 and 2021, the murder clearance rate fell roughly from 64% to 46%. In Philadelphia, only 37% of fatal shootings and 18% of non-fatal shootings were cleared in 2020. A major reason for this was the abandonment of enforcing “quality of life” crimes. With major cities decriminalizing everything from shoplifting to prostitution to trespassing, officers have lost an enormous tool in solving larger offenses. Not to mention that neighborhoods have disintegrated into disorder amid this unchecked bad behavior—another item oddly skipped over by Lunch Pail Joe.

In his short speech, Biden took the time to opine twice about how “there are some really lousy cops… I mean it.” But despite a full-throated denunciation of mass shooters and extremists, he doesn’t once condemn really lousy street criminals. (This, even though they are responsible for mowing down the 67.5% of gun homicide victims in Pennsylvania who are Black – in a population that is only 12% Black.)

If the point of his speech was to bolster police and demoralize criminals, it surely had the opposite effect. What gangbanger is going to care about Biden dinging the NRA? He knows he can easily get a gun when cities like Philly have flush illegal markets, spiking levels of stolen legal guns, and rafts of firearms illegally converted into fully automatic weapons. And he has a vanishing chance of getting identified, arrested, prosecuted or sentenced. There are no consequences – certainly none mentioned in this speech except a potential summer job and future Pell Grant.

And what qualified, sane individual wants to be a cop when policies have made it impossible to solve crimes and impossible to bring criminals to justice? When the U.S. president himself can’t even make a pro-police speech without constant disclaimers? No amount of Biden’s promised little retention bonuses is going to sweeten a job that has become so wholly unappealing that most U.S. departments over the past years have seen at least a 25% drop in applicants.

Hannah E. Meyers is director of policing and public safety at the Manhattan Institute.