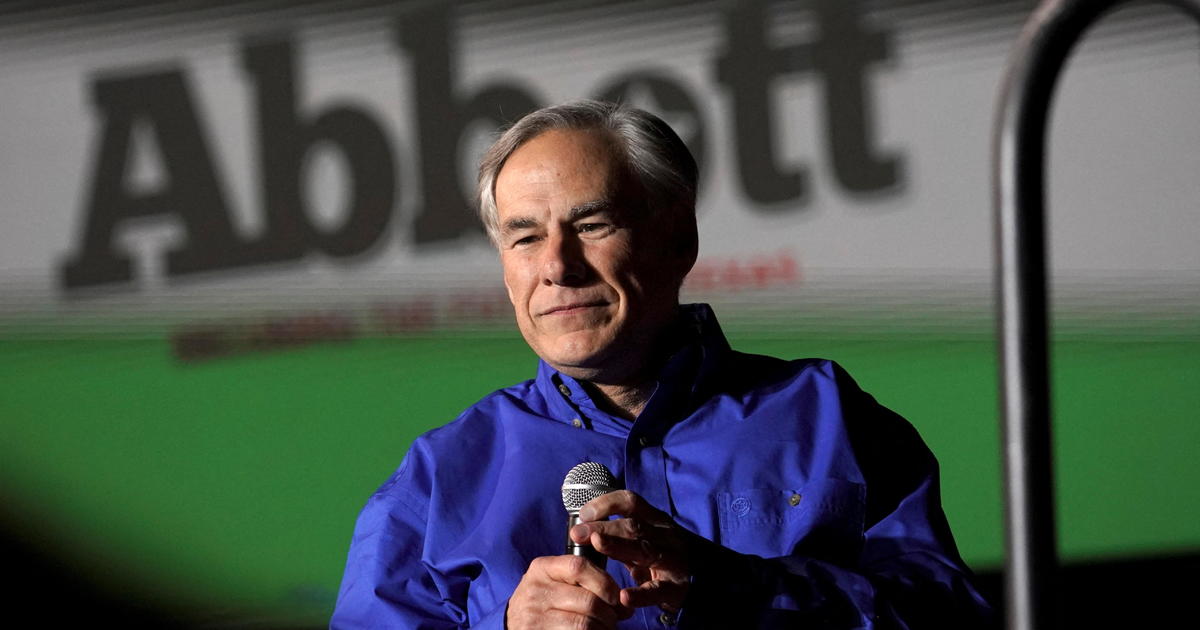 NORTH TEXAS (CBSDFW.COM) – Alexa Browning, organizer for the gun safety group March For Our Lives, said Governor Greg Abbott was wrong Wednesday when he said efforts in Texas to raise the minimum age to 21 to purchase a Military style rifle won’t be successful.

“We’re ready and we’re ready to pressure him to make changes,” Browning said.

At the Texas Capitol Saturday, the group and parents who lost their children in the deadly mass shooting at Robb Elementary School demanded the Governor call a special session so lawmakers could change the law.

During a campaign stop Wednesday in Allen, Abbott cited various court rulings in his remarks.

“So it’s clear the gun control law they are seeking in Uvalde as much as they may want it, it is already to be unconstitutional,” Abbott said.

In response to Abbott, his Democratic opponent, Beto O’Rourke tweeted, “Yes, it is and thanks to the leadership of families in Uvalde, we are going to do it.”

Browning said, “We’re not going to give up just because Governor Abbott says he’s not ready to make changes.”

Wes Virdell, Texas State Director of Gun Owners of America praised Governor Abbott, saying “I appreciate that he took that stance on it.”

Last week, federal judge Mark Pittman in Fort Worth struck down the state’s law prohibiting 18, 19, and 20-year old’s from carrying handguns outside their home saying restrictions based solely on age violate the 2nd Amendment.

He stayed his filing for 30 days to give the state a chance to file an appeal.

In California earlier this year, a three-judge panel of the 9th Circuit Court of Appeals ruled that state’s law banning purchases of military style rifles for those 18 to 20-years-old was unconstitutional.

After the deadly shooting at Parkland High School, Florida passed a law raising the age from 18 to 21 for purchasing rifles.

The NRA filed a lawsuit against Florida saying the age limit was unconstitutional.

While the 11th Circuit U.S. Court of Appeals held arguments in this case in March of this year, judges have not yet issued an opinion.

Virdell said, “At age 18, if you can vote, can go to the military, you should, your 2nd Amendment rights should definitely be fully recognized.”

Jack Fink covers politics for KTVT-TV CBS 11 and has been with the station since September 2003.