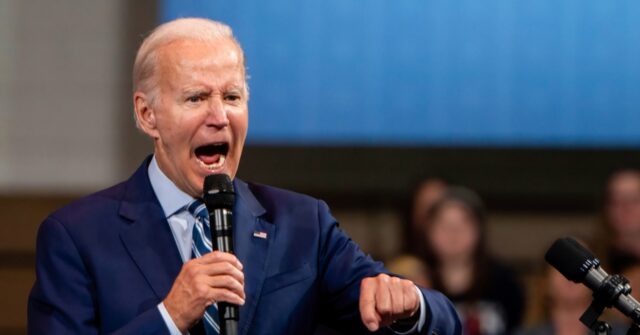 President Joe Biden is preparing to deliver a major speech on Thursday promising to heal the “soul of the nation” even as he continues stoking fears about supporters of former President Donald Trump as “semi-fascist.”

“It’s not just Trump, it’s the entire philosophy that underpins the — I’m going to say something — it’s like semi-fascism,” Biden said last week at a fundraiser criticizing the “extreme MAGA philosophy” driving the Republican Party.

Biden continues stoking fears about the dangers of Trump supporters, despite tacit calls for unity during his 2020 campaign.

“Instead of treating each other’s party as the opposition, we treat them as the enemy. This must end,” Biden said during his October 2020 speech at Gettysburg.

The president plans to deliver his new “soul of the nation” speech on Thursday evening at 8:00 pm near Independence Hall in Pennsylvania.

Biden Mocks “Brave” 2A Supporters: “To Fight Against a Country You Need an F-15″ pic.twitter.com/EY44WSHXEV

But as the midterm elections approach, Biden appears more willing to demonize Republicans, painting them as a threat to Democracy.

“The MAGA Republicans don’t just threaten our personal rights and economic security, they’re a threat to our very democracy,” Biden said at a campaign rally.

Struggling with low approval ratings on economic issues, Biden and his political team have tried to brand MAGA Republicans as “the other” party that is a fundamental danger to the United States ahead of the midterm elections. 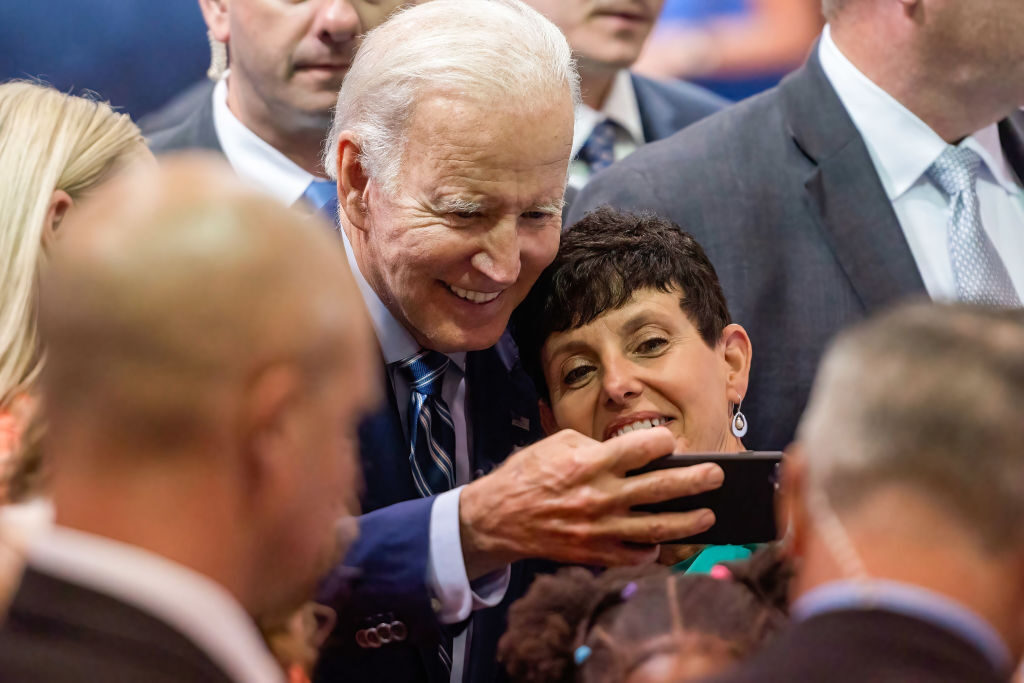 President Joe Biden takes a selfie with an audience member at a Safer America rally. President Joe Biden visited Wilkes-Barre, Pennsylvania, to discuss his plan to reform gun control. During his speech, he touted beating the NRA. (Aimee Dilger/SOPA Images/LightRocket via Getty Images)

“There are not many real Republicans anymore,” Biden lamented, adding that “I respect conservative Republicans, I don’t respect these MAGA Republicans.”

Compounding the president’s rhetoric with the FBI raid of former President Donald Trump’s home at Mar-a-Lago, more Republicans believe that under Biden the government is weaponized against the former president and his supporters.

Biden’s net approval rating dropped a full seven points in one week, according to a Reuters/Ipsos poll released Tuesday. https://t.co/bH8MWrqVuX

Biden also spoke about “right-wing” Americans who believed in the importance of the Second Amendment holding government accountable to the people.

“For those brave right-wing Americans who say it’s all about keeping America independent and safe, if you want to fight against the country you need an F-15, you need something a little more than a gun,” he said during a speech on Wednesday.