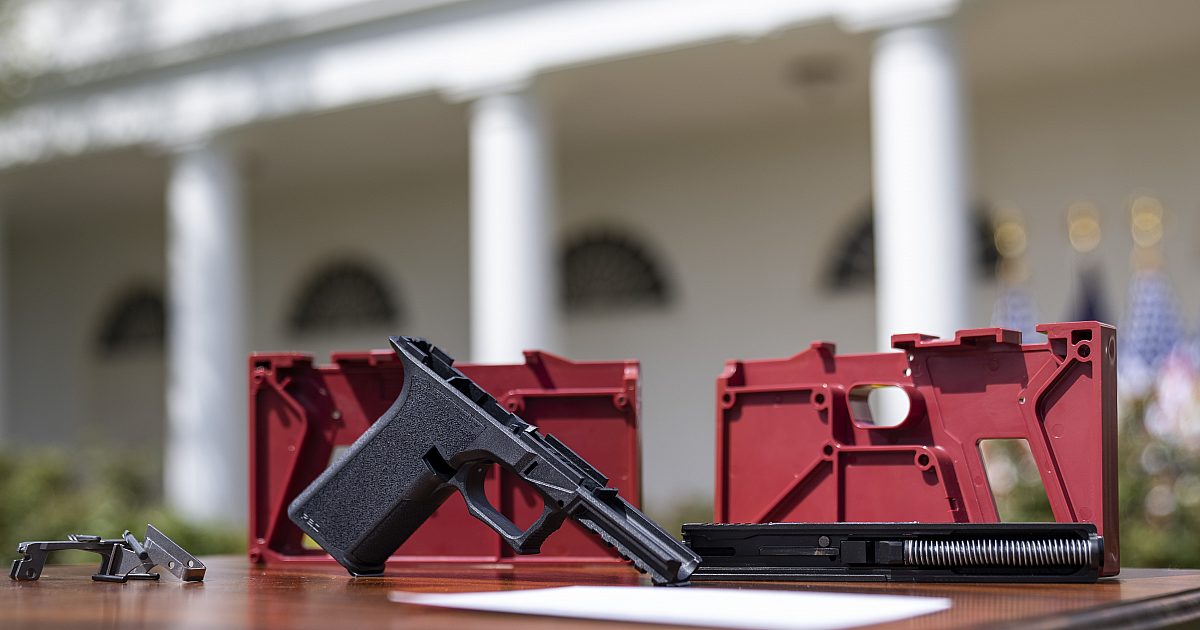 Sheriff Nathan Harmon is a firearms instructor with the National Rifle Association and a staunch supporter of the Second Amendment. So when he first heard about the Biden administration’s rule cracking down on “ghost guns,” he was fairly apprehensive. But when asked about its recent implementation and the effect it might have on law enforcement, Harmon said the policy will enable him and the rest of the Berkeley County, W.Va., Sheriff’s Department to better address firearm-related crimes.

“Yeah, it will help,” Harmon told me. “I’m used to serialization, and I don’t mind it. It’s been a benefit in terms of solving crimes … so I do appreciate it on those levels.”

He still has reservations, however.

A “ghost gun” is an informal term for a firearm that doesn’t carry a serial number, making it more difficult to identify and track. It could be that the number was scratched off. It could be that the gun is very old. Or—as the new policy hopes to address—it could be a gun that was assembled by a private individual.

Rule 2021R-05F, put into effect by the Bureau of Alcohol, Tobacco, Firearms, and Explosives last Wednesday, requires gun shops to run background checks on customers purchasing unassembled gun kits. It also defines and designates which parts of the weapon must be marked with a serial number and clarifies the definitions of a partially complete and a complete firearm. The policy also requires gun shops to keep records of their sales throughout their licensed existence and mandates that gunsmiths serial stamp unmarked guns that are in their possession for more than 24 hours.

While the policy helps local and federal law enforcement reduce the uncertainty surrounding privately-built weapons, it also raises questions about the reach of regulatory agencies and leaves behind concerns about what some see as burdensome requirements on firearm vendors.

When announcing the change in April, President Joe Biden argued strongly for the rule.

“If you buy a couch you have to assemble, it’s still a couch,” Biden told an audience at the Rose Garden. “Folks, [anyone] can go from a gun kit to a gun in as little as 30 minutes. They have no serial numbers, these guns. When they show up at a crime scene, they can’t be traced.”

Between January 2016 to December 2021, the ATF received notice that law enforcement had recovered as many as 45,240 privately made firearms—692 of which had been linked to a homicide or attempted homicide.

But although Biden’s argument centers on the illicit use of unmarked guns, so does the opposition to the newly implemented regulation. Lars Dalseide, a spokesperson for the NRA, said that the way he sees it, criminals avoid using serial-numbered firearms for a reason.

“Biden’s change in regulations will only affect law-abiding gun owners as FBI data and common sense tell us criminals get their guns through the black market and other illegal means. The bad guys are not going to magically comply with Joe Biden’s bureaucratic requirements,” Dalseide said.

That could look like more scrubbed off serial numbers or a climb in demand for guns that don’t have them to begin with.

“This is pure political theater designed to make life more difficult for good law-abiding Americans while putting no pressure on the real criminals,” Dalseide added.

Harmon agrees to an extent. Throughout his 12 years in law enforcement, first as a municipal officer, then as police chief, and now as sheriff, he’s dealt with unmarked firearms quite a bit. It’s true that criminals go out of their way to get rid of identifying markings.

“A lot of times on this end when we run across a serialized weapon, especially one involved in a crime, there’s a lot of occasions where the serial number has been obliterated or an attempt [has been made] to obliterate it,” Harmon said.

That being said, the presence of serial numbers on recovered firearms goes a long way in law enforcement. In addition to simply tossing the weapon, Harmon explained that sometimes criminals will try to discard a gun by informally selling it to someone else. In those cases, serial numbers help tie guns back to their original owners. Law enforcement can also make use of the identification number to track weapons of interest across the country through the National Crime Information Center (NCIC). It’s a system that’s designed to help keep record of things like stolen vehicles, missing individuals, and other identifiable objects. When a firearm of interest shows up as having a recorded history, it can help provide context to officers on the ground.

“Serialization has really benefited law enforcement to not only recover stolen property for responsible gun owners, but also has backtracked and solved past crimes simply because of the serial match-up with that specific weapon,” Harmon said.

For those reasons, the more firearms that carry serial numbers, the better chance law enforcement officers have at doing their job.

For West Virginia Del. Chuck Horst, there’s another side of the regulation to consider. While he sees the potential benefits for law enforcement, he believes the regulation probably should have come from Congress. Like cases earlier in the year involving the Environmental Protection Agency’s regulation of the coal industry, or the Occupational Safety and Health Administration’s attempt to apply vaccination requirements in certain workplaces, Horst believes the ATF may have overstepped the boundaries of its regulatory power.

“What we have is an alphabet soup agency, making laws in my opinion,” Horst said.

Horst, who represents the 62nd District in West Virginia’s House of Delegates, entered politics specifically because of Second Amendment issues. He notes that some of the definitional changes made through the regulation override laws previously passed through Congress. Moreover, the requirements it puts on licensed gun stores could add substantial expenses and legal burdens that might force them away from selling gun kits—a concern also shared by Harmon. Those changes, Horst argues, aren’t regulatory in nature.

“They were trying to clean up what’s been screwed up for a long, long time without going through Congress,” Horst said. “Some people might think that’s a good thing. In my opinion, it’s never a good thing when you have an agency … making changes to laws.”

Even Biden, when announcing the rule, admitted that the regulation was an easier way of instilling change than going through the House of Representatives and the Senate.

“I instructed the attorney general to write a regulation that would rein in the proliferation of ghost guns because I was having trouble getting it passed in Congress,” Biden said. “I used regulatory authority.”

“I would not be surprised. Actually I would expect it,” Horst said.